This time we reviewed Pulsar 1178 by Pulsar Audio – a FET compressor modeled closely on the original hardware with several twists, resulting in a delightfully modern interface and versatility.

The Pulsar 1178 is an emulation of the Urei 1178 compressor, known for its punchy and aggressive sound, thanks to the FET (Field Effect Transistor) design. In addition to capturing the tonality, Pulsar has added a stylish sidechain EQ, an optional saturation stage, and a mix knob.

Sporting a beautiful, resizable GUI, the plugin offers a Sidechain EQ at the upper left. And at the upper right, we have a graph showing compression and input over time, as well as peak/RMS meters. We must say that both are very helpful additions. The EQ and the graph view can be resized using the handle at the middle, affecting the size of the other inversely. 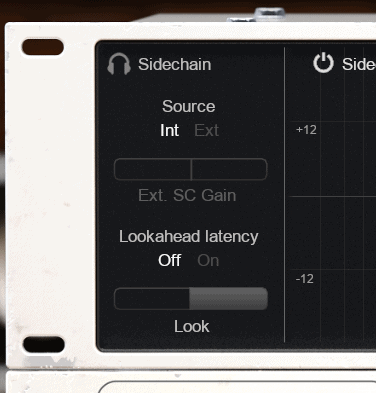 On the left of the Sidechain EQ, you will find the various options available for the sidechain. The options include setting the sidechain source to Internal or External, an input gain for the external sidechain, and a slider to adjust lookahead or latency as you require.

Next, the lower section of the UI has the bulk of the parameters available in the original hardware.

There are two identical sets of controls at the top and the bottom for the Left/Right channel, or the Mid/Side, depending on which you select. A toggle switch lets you select various kinds of Sidechain options, which we will get into later.

The right half of the lower section has seen some upgrades compared to the original hardware. We have a pair of gain reduction VU meters and a saturation section. Below the saturation selectors, we have a small screw-shaped knob, “Cal,” which enables you to calibrate the input gain going into the saturator.

What we love the most about the UI is how clean it looks and the added graphic representation of the compression. The plugin stays true to the hardware, yet it’s not afraid to add modern elements to it, making it intuitive even if you aren’t familiar with compressors.

Other than the compressor itself, the saturator shines brightest. It is straightforward to use and sounds fabulous. Let’s have a quick look at all of the noteworthy features, though:

1178 is the younger brother of the Urei 1176 compressor, which is one of, if not the most famous mono compressor unit of all time. The Urei 1178 is basically two 1176 in one, giving it stereo functionality. The Pulsar 1178 sure does have the classic sound of 1176 in it.

It sounds particularly well on drums, bass, acoustic guitars, and even vocals. Despite being related to the 1176 unit, the Pulsar 1178 is quick at catching transients. So, it could be used for shaping snares, kicks, and so on while also giving them a rich musical saturation.

Here’s an example with a Drum & Bass loop:

The loop has been treated with mid/side compression. The side has been brought up slightly, and the mid has been made punchy with a slow attack and medium release. A touch of Warm saturation gives it a nice character over the high frequencies. It certainly sounds more alive and interesting musically with the compression.

Let’s have a look at a few more examples:

The examples easily show the versatility of the compressor. The drums and the bass guitar both have punchy sounds after they are compressed. The drums, in particular, gain sparkly high frequencies and a thick body. The bass guitar also gains a lot of body, and with saturation, the bass guitar changes to a very rock-like tone.

In contrast, the plugin gently levels the acoustic guitar while taking away the sharp transients of the pick. It also brings up the body and tone of the sound well. And with the inverted channel mode, you could get a peculiar stereo response if you recorded the guitar in stereo.

Another one of our favorite uses for this plugin is for gently leveling a full mix. With the sidechain EQ set to focus on the lower frequencies, you can help bring up the high frequencies with a characterful sparkle. And if you are a fan of mild saturation on the master like we are, then the Pulsar 1178 is an open playing field.

There are plenty of presets available in the Pulsar 1178. They have been neatly separated into various categories, and finding one is a breeze. Each preset also has a recommended gain reduction amount in parenthesis. Most of the presets are sure to inspire you to create your sounds.

Features like the sidechain EQ, the saturator, and the great GUI are undoubtedly unique. However, for a modeled compressor, the Pulsar 1178 may seem a little over featured and overpriced. In particular, despite the great sound, the saturator may or may not appeal to everyone. Some people could already have their favorite saturators and are only looking for a compressor. They might prefer to find an 1176 plugin with stereo support instead, which is readily available at a lower price.

However, the compressor itself is, without a doubt, faithful to the original hardware and manages to be highly versatile. The Sidechain EQ feels modern and convenient. We would say combined with this, the GUI, the great-sounding saturator, the plugin does make up somewhat for its hefty price.

If you like the plugin, check the price here (trial version is available).

If you don’t have a FET compressor or a dedicated saturator plugin yet, we would definitely recommend you give this one a try. The GUI alone gives a lot of value to your investment.

Also, consider checking this video made by the creators themselves: