Each subgenre in this category is distinct, and its evolution is an important part of its history. The features that distinguish them are derived from fusions with other genres, which bring unusual rhythmic components, new musical scales, and the influences of the necessities of the corresponding situations.

This article will examine the fundamentals of each subgenre of ska/roots and explain how history has influenced the development of this music from its inception. Furthermore, because their evolution continues to this day, we wish to explain the distinctions between these genres.

The most significant difference between these styles is the shift from analog to digital. Reggae as a whole, and its subsequent age, which is still going strong, fused several musical styles and, in time, included elements from the electronic realm.

The three distinct rhythms—Steppers, Rockers, and One Drop—mark the beginning of a clear divergence amongst these styles. Initially, there was the appearance of Ska and Rocksteady, which marked the 1962 celebration of independence from Britain. Then a new, radically different kind of reggae emerged: Roots reggae, set apart by its emphasis on syncopated bass lines and skanking guitars.

The vocals and lyrics of a Root or Ska song are swapped out for new “riddims” with more robust drum and bass beats, and additional effects like delay and reverb are layered on top. Dancehall is a musical mixture whose songs and instruments have their own identities. Like the styles mentioned above, hip hop features more electronic music than live instruments, but unlike other styles, the lyrics do not focus on politics. DJs and MCs can rap over the beats, which has given rise to a significant amount of hip hop’s cultural impact today.

Ragga is distinct from dancehall in that it heavily incorporates the techno components of dancehall and extensively uses MIDI or sampling technology to create a more aesthetically pleasing listening experience. And Reggaeton, which is heavily influenced by Rap and is also highly extreme, is the most kinetic of these styles. This genre blends elements of rap, hip-hop, and R&B, making it the only one where you may hear lyrics about violence, drugs, and sex.

Furthermore, because their evolution continues to this day, we wish to explain the distinctions between these genres. 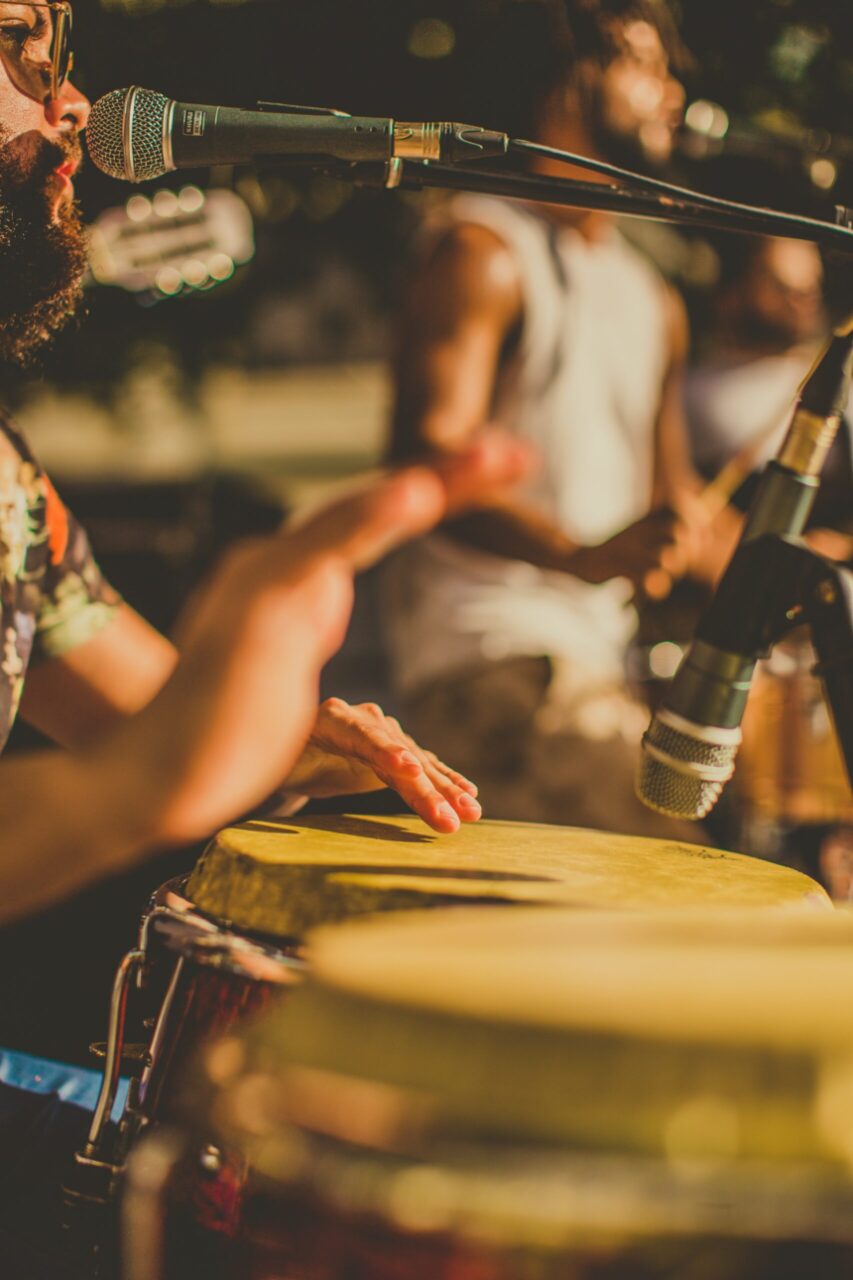 What Is Reggae Music?

Reggae has lasted longer than almost any other musical movement. Since its inception in Jamaica in the late ’60s, it has gained worldwide popularity and influenced artists from various musical backgrounds. As a result, reggae not only influenced modern music but also gave rise to various musical elements.

These subgenres each do their own thing, but they all share a commitment to expanding reggae’s palette while staying faithful to the genre’s roots as a politically and spiritually charged form of expression.

The Rastafarian faith and social movement, active on the island since the 1930s, have profound roots in Jamaica’s reggae, the national music. In addition, other emerging musical genres of the late 1960s, like American folk rock and reggae, often involve musicians singing about Rastafarian spiritual or social justice themes.

The spiritual core of Jamaican mento and the upbeat feel of soul music come together in Reggae. The repetitive patterns in the percussion, bass lines, and rhythm guitar parts have made this song renowned. Generally speaking, you may break down reggae music into three distinct rhythms:

What is the standard instrumentation?

The standard instrumentation of a reggae band is identical to that of a standard Rhythm and Blues band. Drums, bass, electric guitar (many bands include both rhythm and lead guitar), keyboards, lead vocals, and a horn section or synth horns are among the most often used instruments in Reggae. In addition, synthesizers and drum machines are commonplace in modern forms of Reggae, including reggaeton, dancehall, and drum & bass. 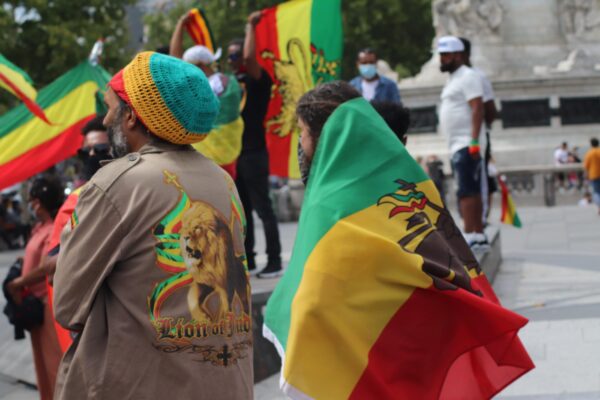 How did it get its start, and what shaped its development?

The first distinct styles of indigenous Jamaican music emerged in the 1950s and 1960s, thanks to the efforts of Jamaican musicians. The island country declared its independence from Britain in 1962, following centuries of colonization and domination by Europeans. Numerous creative movements focused on forging a distinct Jamaican identity apart from its ties to Europe were among the indicators of this transformation.

Two musical subgenres, ska and rocksteady, emerged as early examples of these efforts bearing fruit. Both styles were heavily influenced by the traditional West African music and Caribbean traditions that have always been a part of daily life in Jamaica.

Ska music draws from a wide variety of musical genres, including the American jazz and R&B that were played often on Jamaican radio at the time, as well as mento and calypso. Chord chops on the offbeat, sometimes known as “upstrokes,” are a defining feature of this technique.

Pianos, keyboards, bass, and drums are common instruments, along with horns (often trumpets, saxophones, and trombones) that contribute to the uplifting tempo. Ska dominated the Jamaican music scene in the early to mid-1960s, paving the way for rocksteady and reggae.

Roots emerged in the late 1960s as a successor to ska and rocksteady, two genres that had inspired Jamaican artists to begin forging a musical heritage of their own.

Sometimes referred to as “roots reggae,” Reggae’s first iteration developed out of the melodic and rhythmic concerns of ska and rocksteady. However, compared to ska and rocksteady, it had slower beats from the start and a more intricate musical structure.

Besides these characteristics, the utilization of an emphasis on:

Undoubtedly, the most well-known and often played reggae style is “roots” reggae. Established by a group of musicians and producers, it has gained widespread attention. 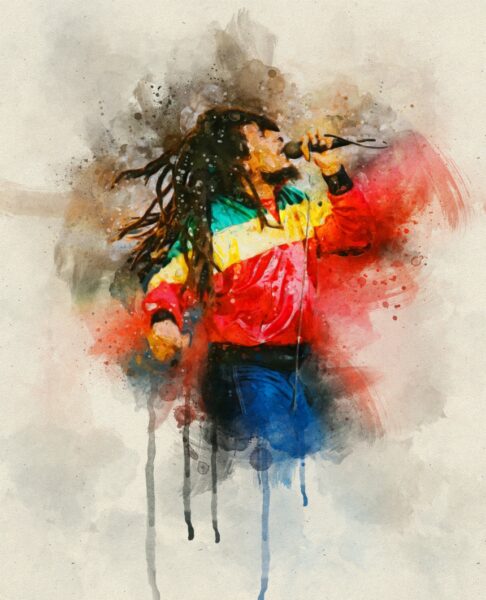 Bob Marley and The Wailers are widely regarded as the pioneers of roots reggae, and Marley’s name has become almost synonymous with the music style in Jamaica and abroad.

By the early 1970s, reggae had already taken the globe by storm, and it had begun to set the stage for its legacy with the birth of unique subgenres that revered reggae while also pushing the music in new and exciting ways. There is a wide variety of musical styles, artists, and goals among the many reggae subgenres.

Some styles of reggae music stay true to the genre’s original mission of illuminating social justice concerns, while others go to vice or the dance floor as an outlet. While some embrace technological advancements, others still value the human element of live performance.

For its pioneering spirit and far-reaching influence on music worldwide, dub stands head and shoulders above the other reggae subgenres. Several influential producers, including Lee “Scratch” Perry and Osborne “King Tubby” Ruddock, laid the groundwork for this kind of reggae, which went on to influence hip hop and dance music today.

Kingston’s dance hall DJs or sound systems and the people who went there to dance to dub music when it emerged in the 1970s after reggae’s breakthrough.

Instead of the typical vocals and lyrics in reggae songs, “riddims” use powerful drum and bass beats. Mixing board effects like reverbs, delays, and echos are frequently used in dub tracks. 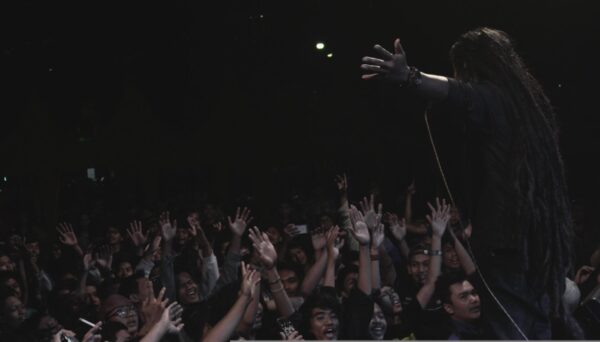 One of the most upbeat subgenres of reggae is known as “dancehall.” The genre shares the same rhythms and cadences as roots reggae, but instead of using live instruments, it relies on electronic music and prerecorded melodies; therefore, the name “Kingston nightclubs” which refers to the locations where the music was originally heard in the 1970s.

Dancehall music’s lyrics shy away from the overt politics of roots reggae in favor of the more hedonistic characteristics of the dancehall lifestyle. Hybridity is also a distinctive feature of dancehall reggae.

Dancehall reggae fuses elements of classic rock music with electronic beats and DJs who “toast” or rap over the top of the tunes. These days, dancehall reggae is effectively its hybrid music, fusing elements of reggae, R&B, and hip hop.

Ragga, often known as raggamuffin, is a kind of reggae that takes the techno elements of dancehall reggae to an even greater extreme. Instead of using actual instruments, he uses just electronic samples. The term “digital dancehall” was used to describe him because of this.

With the advent of MIDI and sampling technology, ragga was one of the first Caribbean music genres to utilize digitally created instrumentation. As a result, ragga is now a generic name for reggae dancehall. The son of Bob Marley, one of reggae’s most iconic figures, and Rita Marley, a pioneer in the genre in her own right, Damian Marley has established himself as a major figure in the music industry. 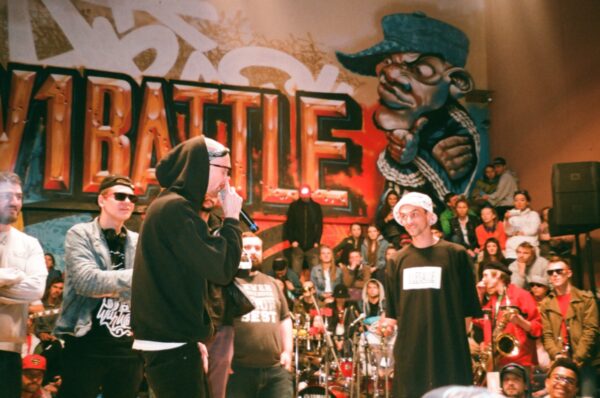 Not only did reggae not begin in Jamaica, but neither did reggaeton. Instead, it may trace its origins to the 1990s in Panama and Puerto Rico. Roots, dancehall, plena, bomba, and salsa from Latin America, and hip-hop from Africa and the Americas all find a home in this genre.

We no longer differentiate musical genres or subgenres because fusions of important components from different genres are more common. This is something to be applauded in modern times; as a result of this fusion, creativity is limitless, and new genres are created much more readily. As I mentioned before, in my opinion, this musical genre has the oldest and widest-ranging history. Therefore, I like that it still has a home in today’s music scene and can be heard in various genres.

This organic progression of the genre brought numerous new approaches that are still being explored and refined today. From its traditional Steppers, One Drop, and Rockers drum styles, this genre’s drumming has come a long way. Today, because of the influence of Reggaeton and Dancehall, the modality of the original pattern has been altered, and the sounds are very different.

The combination of drum and bass is an essential aspect of Jamaican music. Thousands of reggae artists have all produced their own versions of songs set to the same beat. Today, we can appreciate his unique evolution and the profound impact he had on several musical subgenres with his unconventional approach.

The lyrics spoke to societal wants and desires and were the primary factor in shaping the music’s distinctive genres. His songs often have political and social messages, such as the need to abolish things like injustice and inequality. After being adopted by Rastafarianism as a means of spreading its ideals and battling societal injustice, reggae music became popular in Jamaica and worldwide. Artists, politicians, and communities have all embraced it as a tool to speak out against inequality and poor leadership, as it was back in the day. And it’s also utilized to spread the good things about humanity, like love and peace.

It’s clear to say that the passage of time has had a major impact on the way each of these musical subgenres sounds. The beats and drum sounds are different, and the songs have changed considerably over time.