For today’s installment, we will be looking at the 4 best Lo-Fi guitar pedals available in 2022!

As a term, lo-fi means low fidelity. In other words, a low-quality copy or reproduction, and in terms of music, it has become a sonic characteristic during the creation process. It uses the filtering and noise present in mid-twentieth-century vinyl. There are a variety of factors that went into cutting a record. The mastering engineering would have to filter the frequencies based on two different stages.

The first being when the vinyl was being physically cut. In order to provide as much space as possible on a single side of the record, bass frequencies would need to be filtered so that the grooves cut into the vinyl could be as narrow as possible (This is where the RIAA curve comes in).

Also, the turntable’s quality, whether the stylus is in good condition if the cartridge is aligned correctly, and how warped or clean the record is all make a difference in the playback quality. For example, a warped vinyl would change the pitch, and dust and dirt would play a part in creating that vinyl crackle.
Today, all of these qualities have become a part of an era of music—something to recreate and enjoy rather than something to avoid or remove. 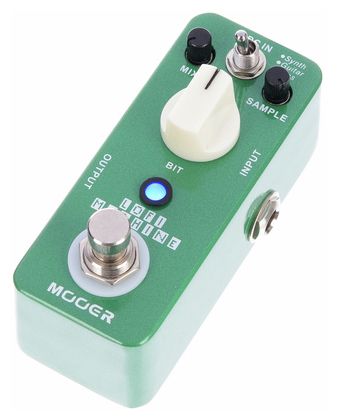 MOOER Audio is a company known for its collection of effects and external audio hardware, especially its micro pedals. The Lofi Machine adds to that collection and offers a uniquely trippy and creatively friendly effect.

MOOER’s Lo-Fi Machine is a compact single-effect pedal that offers sample rate and bit depth reduction to create a fuzzy retro sound. There are three instrument filters to choose from, depending on the instrument connected or if you wish to filter a specific frequency range.

The tone created by the pedal can be described as a fuzzy synth-like sound. At lower mix levels, a tasty digital fuzz is added to the signal, and the tonal area of the fuzz shifts based on the position of the three-way switch. At higher mix levels, the guitar tone disappears and is replaced by a retro synth tone. As the sampling rate and bit depth are reduced, the fuzz’s severity increases until the guitar has an almost digital sound.

MOOER’s Lofi Machine is excellent at capturing a digitized retro sound reminiscent of video games from an age gone by. The small, minimalistic, and compact design makes them easy to organize within a pedal board. Lastly, the three instrument modes widen the scope of applications since they can be tailored for bass, guitar, and synthesizers.

The single effect offered sits within a niche area that won’t apply to plenty of genres or situations. Also, the pedal does create noise when the bit dial is turned up since the available amplitude is squashed, so you will have to be mindful of this if you decide to use this in live scenarios (Let the sound engineer know so that they don’t think something is wrong).

You are looking for an effect to help create the 80s and 90s video game-inspired soundtracks! Otherwise, if you are looking for a pedal that offers something to spice up your weird and wonderful bag of effects pedals, the Lofi Machine can be paired well with wah-wah effect pedals. 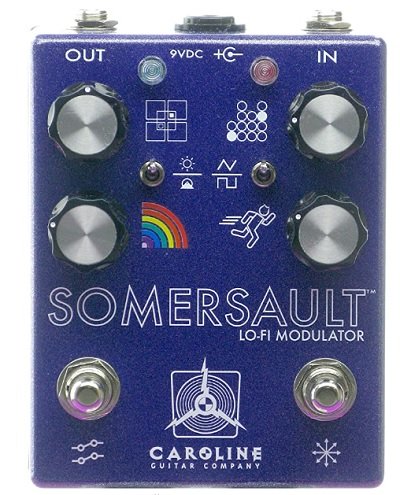 Caroline Guitar Co. has created a special gem with the Somersault Lo-Fi Modulator that houses more potential than any musician could use in one sitting.

The Somersault is a lo-fi modulator that offers two-tone settings, two waves for modulation, a mix, offset, depth, and speed control to fine-tune your tone, and lastly, a havoc button for max speed.

The Somersault has a wide range of tones that pack tremendous character. At high mix, depth, and speed settings on the square wave option, you can achieve rhythmic sci-fi beeps, and as the depth and speed are rolled off, the effect becomes a low drone tone that plays on every beat. You can achieve an 80s-style chorus or traditional vibrato on the triangle wave setting. You can even find dreamy shimmers to lose yourself in with some personal tweaking. The tone depends entirely on who uses it because of the amount of control offered.

As mentioned, a vast array of tones are offered. In addition, the controls work together seamlessly, so you can easily identify what is happening to your signal if you’re familiar with modulation.

The dials may be tricky to understand if you aren’t familiar with modulation. Lastly, the range of tones offered can be overwhelming, so experimenting with the pedal is vital.

Caroline’s Somersault will be great for guitarists or keyboardists looking for colorful and unique tones to accompany their music. Otherwise, if you are looking for a pedal that can recreate the classic chorus and vibrato sounds while still offering a wealth of tones to play with, the Somersault is for you. 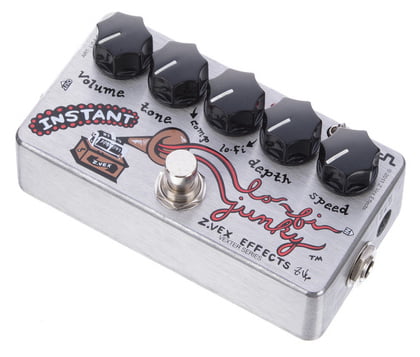 The Z.Vex Instant Lo-Fi Junky Vexter offers real-time effects processing with a tone reminiscent of their Lo-Fi Loop Junky pedal. The pedal was a hit because of the tone offered, but many musicians wanted that warbly vinyl sound without the need to loop, so the Lo-Fi Junky Vexter was born.

The Lo-Fi Junky is a horizontal modulation pedal that also offers compression. With the Junky, you will be able to achieve that vinyl shimmer and shake that has become synonymous with lo-fi, or you can capture a washy sea-sick wave for trippy arrangments.

The tone varies depending on which sound wave modifies the chorus and vibrato effects and the degree of compression versus lo-fi. From left to right, beginning with the sinewave, the oscillations are smoother, which creates a slight shimmer and shake as the switch is moved from triangle to square wave, the oscillations become more distinct and pronounced. You can find the classic chorus sound using either a sine wave or a triangle wave. As mentioned above in key features, when altering the Comp to Lo-Fi dial, the tone ranges from a compressed signal to a shimmering chorus effect to a shaky vibrato effect.

The tones offered by the Lo-Fi Junky are very versatile and offer a range of unique sounds as long as you have the time and tenacity to find them. Alongside the range of options, the effects offered can fit a wide range of styles and genres simply because of the degree of the mix between the dry and wet signals. For example, a touch of chorus or vibrato can add that needed emotion to a guitar solo, melody, or rhythm section.

The orientation and design of the casing may make organizing a pedal board difficult. The casing has a landscape orientation, and the input and output connections are on either side of the chassis. To get around playing a game of Tetris with their pedal board, users have opted for rotating the pedal so that they can conserve space, but this does mean you will need to keep the orientation of the pedal in mind mid-performance. However, if you prefer the vertical design, Z.vex do offer an Instant Lo-Fi Junky vertical. 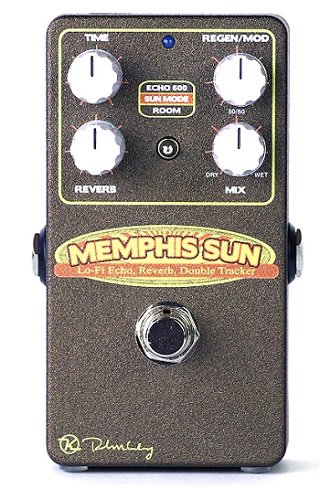 The Keeley Memphis Sun is a pedal designed to replicate the iconic guitar tones of Rock n Roll’s heydays. They have done a great job of giving musicians the ability to unleash their inner rockabilly.

Keeley’s Memphis Sun is a multi-effects pedal with three distinct effects, all based on the types of echos/reverbs used during the 1940s and 50s recordings. The pedal offers four adjustable controls and a 9v DC power input.

In a nutshell, the tone offered is that quintessential vintage 1950s guitar tone. The Echo 600 mode has a snappy spacious echo perfect for capturing the rockabilly tone. The Sun Mode offers a warm, almost chorus-y effect that is great for adding ambiance to chord or arpeggio passages. Finally, the Room mode has a filtered small room sound with depth.

The Memphis Sun offers a lot of character and an excellent tone for capturing that iconic vintage sound. And the dials offer complete control over sculpting the tone of each effect.

You will require an external 9v power supply to use the pedal as there is no slot for a 9v battery. The tones on offer create a particular soundscape that may not have many uses outside of a few areas.

Keeley’s Memphis Sun is recommended if you want to add a vintage Rock N Roll sound to your tone! Also, if you’re looking for a small room reverb unit that offers slight frequency filtering, this pedal would be a great addition to your pedal board.

Each pedal has a variety of applications, and some pedals fit particular musical areas, so throwing all pedals into one bag and picking the best one wouldn’t work. In saying that, the verdict will focus on pedals for achieving a few different low-fidelity tones.

Z.vex’s Instant Lofi Junky stood out the most when trying to capture that old-school warped vinyl tone, so if that is the kind of lo-fi tone you are searching for, then look no further. Otherwise, if you are simply looking for a more vintage tone, Keeley’s Memphis Sun is recommended because of how it captures that iconic 40s and 50s guitar tone. And lastly, MOOER’s Lofi Machine captures a retro 8 and 16-bit arcade game soundtrack tone very well, so if that is what you are after, you have found your pedal. 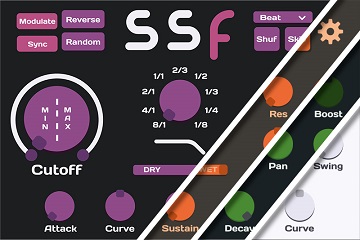