Breaking a string at the start of a jam session, in the middle of a solo, in the middle of a recording take, or even while practicing at home is incredibly inconvenient, especially if you don’t have a spare. Strings on a guitar are a consumable part, as opposed to something like a tuner or pickup that can be changed or upgraded but is typically built to last the lifetime of the instrument.

Because of their perishability, strings have a finite useful life. The good news is that you can keep them in better condition for longer and prevent inconvenient breaks by familiarizing yourself with the factors that accelerate their wear and tear.

The good news is that we can stop guitar string breakage by familiarizing ourselves with the causes of this problem. Examining the spot where the string is breaking helps pinpoint the source of the issue and guides you in making the necessary adjustments to your setup to prevent further string breaks.

Below, we discuss the factors that cause these problems and ways we can prevent or solve them.

Why Did My Guitar String Break While Tuning Down?

It’s because the bridge and tuning keys are creased as the guitar’s strings are tightened. If you fiddle around with the guitar’s tuning with the same strings, they can break quite quickly due to the creases generated in the highest tuning bending when you tune the guitar lower.

You shouldn’t be surprised if a high string breaks on an older guitar, especially if you’ve been playing with the same set of strings for a while. The gauge of acoustic guitar strings is often higher than that of electric guitar strings, allowing them to withstand more punishment before snapping. Similar to how electric strings are created with nickel, acoustic strings are likewise constructed with bronze so they won’t rust.

In the case of electric guitars, corrosion is a significant contributor to early string failure. In addition, the guitar’s bridge is softer on the strings, keeping them from getting tangled up and breaking. A set of strings is supposed to last for around three months or about 100 hours of playtime, but in reality, unless you’re a professional, you play with the same set for much longer than that.

In what follows, we will discuss some of the most prevalent failure modes and methods for fixing them. For example, you should contact a luthier if you don’t know how to sand frets on a guitar.

Most string breaks occur on older instruments because of their brittle strings. Your body’s natural oils and acids, along with the dirt, trash, and grime you track daily, will eventually make their way to the surface of the strings and leave a permanent mark. This can hasten string breakdown and make them sound terrible.

Oxygen and contaminants will cause oxidation, or corrosion, in most metal items. Chemical reactions like these weaken the molecular structure of a string, which, when combined with high tension, vibration, and repeated pick strikes, eventually leads to a break.

You can’t stop it from happening, but you can certainly mitigate its effects. To lessen the accumulation of dust and dirt on the strings, you should begin by washing off the fretboard and the strings after each usage.

In addition, it would help if you regularly used a good fretboard cleaner to maintain your instrument’s finish. Last but not least, periodically replace your strings. As soon as they begin to sound stale, you know they’ve had their day. 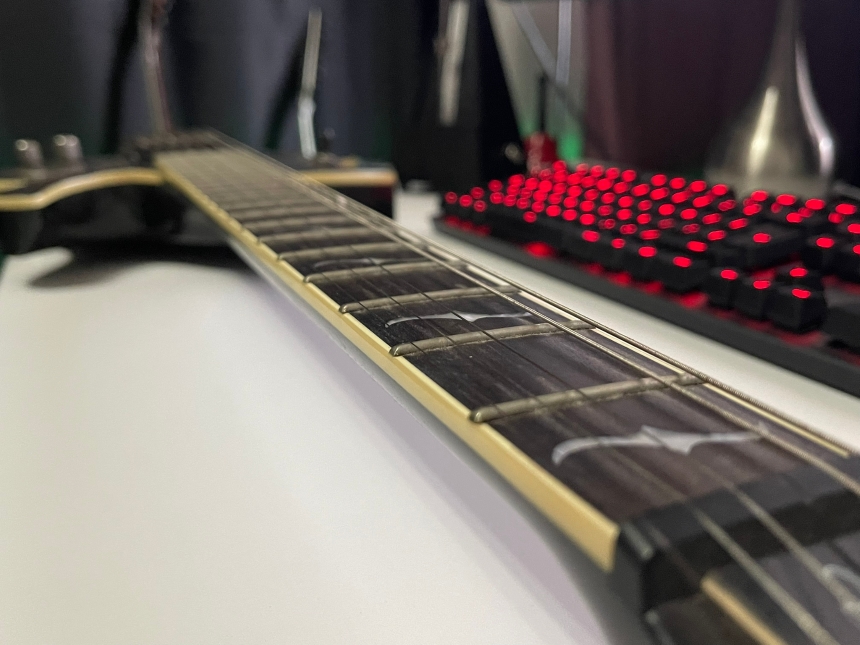 If the guitar you just bought was on the cheaper side, it’s possible that the fret wire utilized in its construction was subpar. For this reason, it could be challenging; give a couple of bends a shot, and you’ll see. A scraping sound while bending strings indicates worn frets, unlike the usual string sounds or buzzing.

When playing, the friction caused by rough frets quickly wears down and weakens the strings. If this is the case, don’t fret; it’s also one of the simplest things to fix.

Disconnect your strings before proceeding. Use a fingerboard guard to shield the rest of your fretboard from damage while allowing you to access the troubled frets. You can mask off the fingerboard using blue painter’s tape instead of a fingerboard guard, exposing the fret wire. Use some wire wool to rub the fret down until it’s smooth. Iterate until all frets have been played. 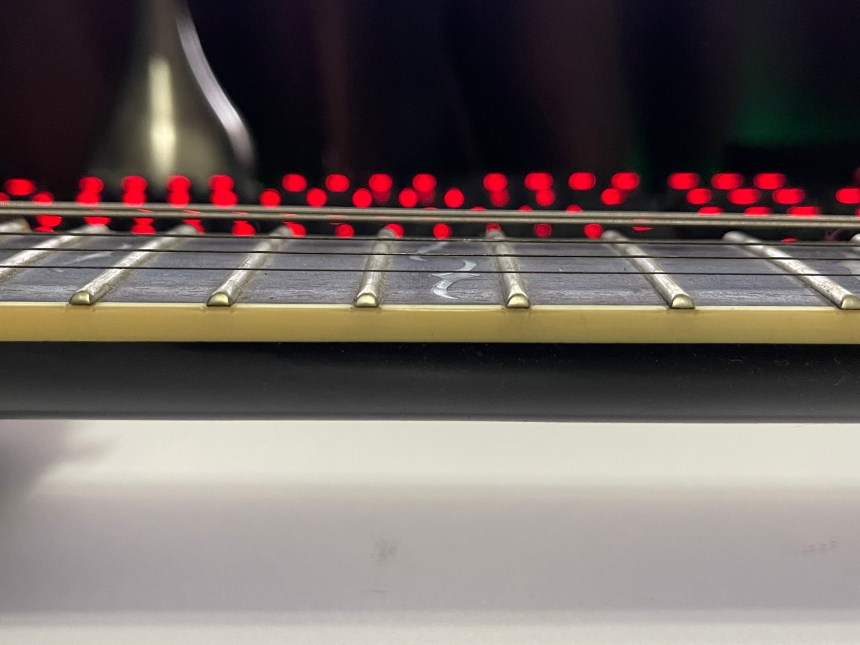 When strings break too soon, it’s common to look at the nut as a possible culprit. On rare occasions, nuts may arrive with burrs or sharp edges that might damage stringed instruments. A luthier’s file can be used to carefully smooth off any rough edges or burrs in the area.

A little bit of graphite lubrication in the nut’s slots will help even if there are no rough spots. As the notes are fretted, the strings are dragged across the nut, which begins to cut like a saw. With lube, friction decreases, decreasing the likelihood of damage. Another option is to purchase a Graphtech Tusq XL nut, which already has PTFE lubricant impregnated into it. 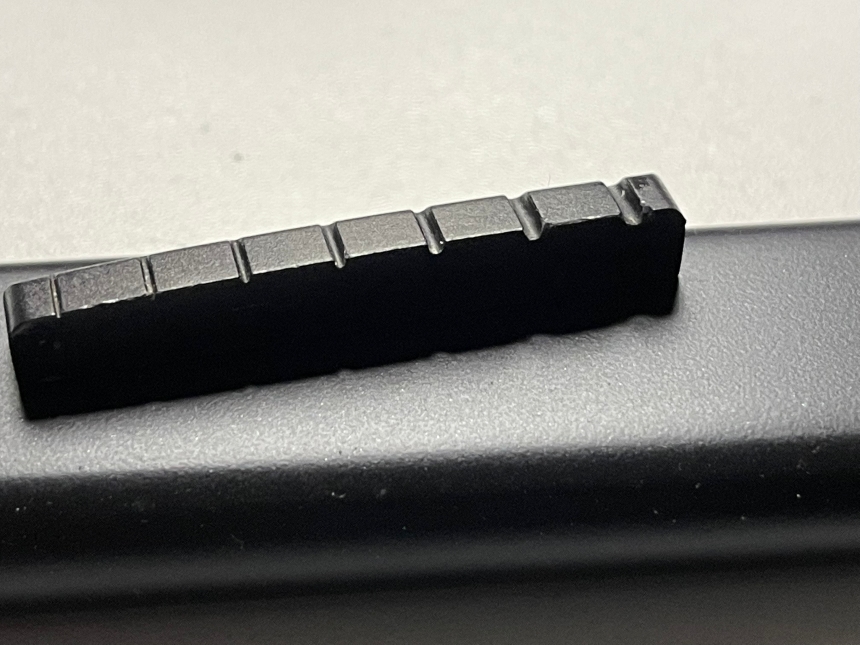 During typical play, the strings will also wear down the saddles, just like they do the nut. Even on certain high-end guitars, the saddles are sometimes fashioned from stamped pot metal, which is more common in cheaper versions.

Sometimes, little burrs will be left behind when the saddles are being stamped. As a result, the guitar will ship with flawed saddles unless they are identified and addressed before the instrument leaves the factory. If you discover this to be a problem, you can file the offending places or replace your saddles with better aftermarket alternatives if that doesn’t work. 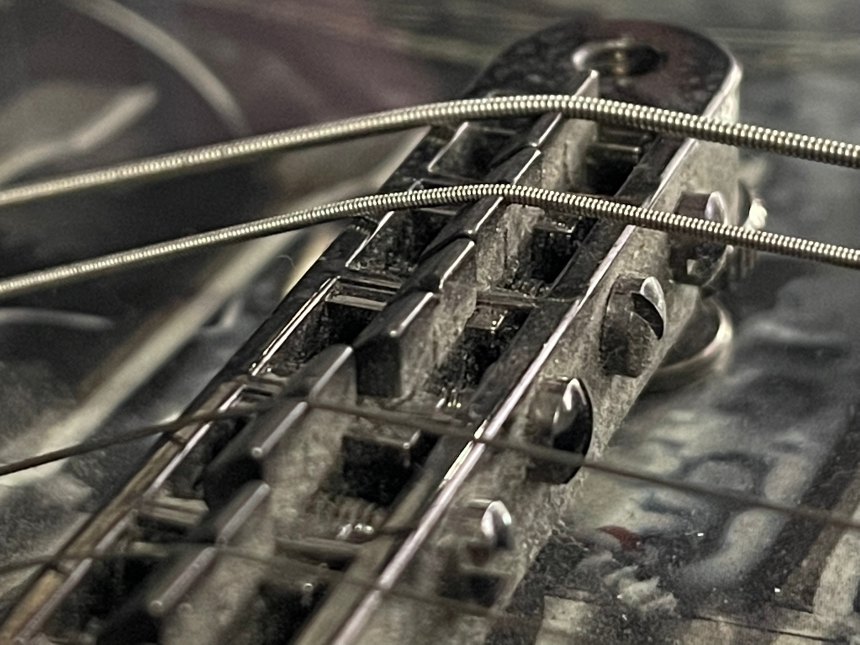 If you recently snapped a new string and are perplexed about why it broke so quickly, improper string seating may have caused the problem. When the strings aren’t correctly positioned over the saddles or in the nut slots, the tension isn’t distributed as it should be.

Instead, where the thread is resting inappropriately becomes a point of concentrated tension, making the string very susceptible to breaking. Therefore, when restringing, take your time to check that the strings are correctly set in the nut slots and saddles. 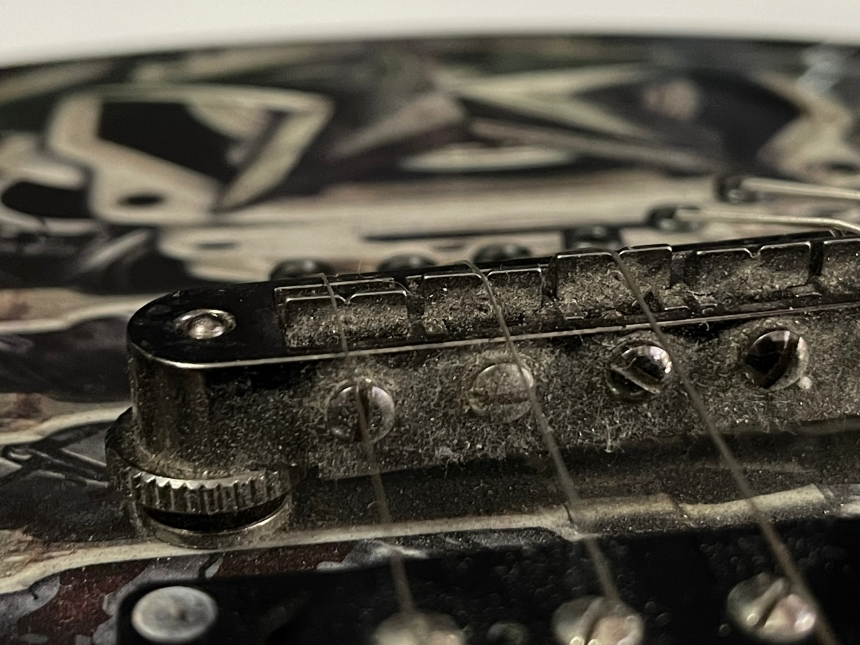 Once you’ve attempted to play with less force, you could examine your pick. If you play pop-punk power chords with a 1.5mm pick on ultra light gauge strings and discover that you break a lot of strings, switch to a narrower pick.

Frequent plucking and strumming with a heavy pick eventually break the string. Using a lighter pick can lessen the strain on your strings and extend their useful life. As another option, you may experiment with using heavier strings.

Overtightening the nut and saddle is the most likely cause of string breakage during tuning if you correctly place the string on both. Again, musicians who tune by ear are more likely to experience this.

To achieve the desired pitch, loosen the screws gradually using a chromatic tuner. Avoid getting the tuning too high and then too low. As with other things, guitar strings have a maximum tensile strength that, if surpassed, will result in a break.

If your guitar strings keep breaking directly at the tuning posts, it could be because of them. New guitars are occasionally shipped with burred edges on the tuning posts. But this doesn’t rule out the possibility of burred edges developing with use. Instead, experts recommend using an old, thick coiled string and running it through the string hole in a circular motion to smooth any rough edges. 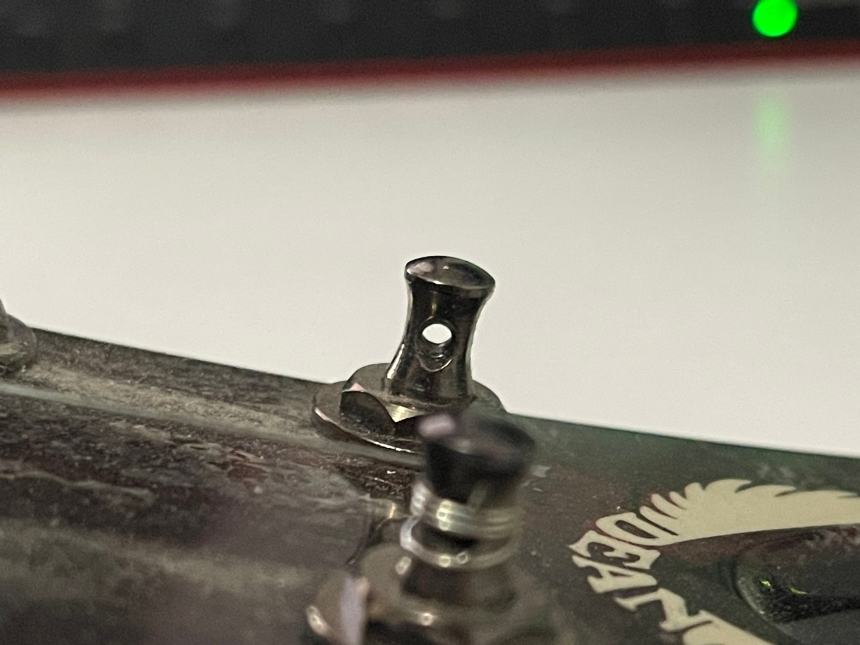 The strings on your guitar will wear out faster if you either live in a humid climate or store it in a damp, humid environment. In addition to the risk of additional damage to the guitar’s neck and body, this is a bad idea. Humidity creates a perfect storm of elements that accelerate oxidation and make strings seem old and worn in a short amount of time. After all, when water is added to the metal, you will get rust.

We’re talking about highly humid conditions and extended exposure to the humidity here, so calm down before you run out and buy a humidity chamber that wouldn’t be out of place in NASA. The ideal humidity for a guitar is between 45 and 50%, and you should take precautions if it rises above 75%.

Put some common sense into practice and never leave your instrument in a place you wouldn’t want to be for an extended period. Places like the cold, wet cellar or the trunk of your automobile for the night come to mind.

How Often Should Strings Be Replaced?

Nothing compares to the unmistakable fresh sound of new strings on your guitar. You’ve met a lot of folks who are continually changing their strings, but other guitar players never seem to replace them.

Your specific guitar-playing habits determine how frequently you should change your strings. Overall, the best moment to alter a string will be determined by various criteria. Sometimes it depends on your personal preferences.

Strings decay over time, which alters their sound, and some guitarists enjoy the sound of old strings. However, remember that new guitar strings are less likely to break. If you’re worried about damaging your guitar strings, changing them every couple of weeks will help.

Pay attention to all the above details when purchasing a new guitar to avoid ending up with one with shoddy craftsmanship and all the security flaws it entails. On the other hand, if you buy a new instrument and treat it with the utmost care, it will last a long time and continue to sound as good as the day you bought it.

It would help if you also thought about your hand technique in addition to getting your guitar serviced by a luthier; hitting the strings tough might cause damage to the instrument and make it sound like a sad, rusty tuba instead of a guitar.