In today’s post, we’ll explain the differences between VST, AU, and AAX plugins and help you understand which ones to download.

When searching for new plugins, it’s easy to get confused with all the different formats out there. What is a VST? Do I need the AAX version? These questions and a lot more come to mind whenever you’re looking for new effects for your DAW. But worry no longer, as we’ve come up with a quick guide to help you understand the little differences. Read on for plugin formats explained.

What is an Audio Plugin?

Audio plugins are software components that can add or enhance audio-based functionalities in a computer program. They use digital signal processing to simulate studio equipment inside your DAW. Plugins are an essential part of today’s music creation, allowing you to do all the processing digitally.

Before plugins, whenever you needed to use a compressor, an equalizer, or any other effect, you not only needed to have it physically. You also needed to route it through your mixer, using a patch bay or the send/return jacks on your console. And while this might not seem like a big deal these days for some studios, it made life for the small producer very expensive. The so-called “bedroom producer” was still a few years in the future.

When plugins started to show up in the mid-’90s, they were mere effects, nothing more than virtual stomp-boxes, but they sparkled a revolution. It wasn’t long before plugins started doing what hardware units did, and as the technology progressed, faithfully emulating real pieces of hardware.

When this started happening, plugins were, as they still are, way cheaper than hardware. And they also took no physical space, which enabled budget studios to emerge. A new debate of analog versus digital was born, and for some time, digital was losing. Twenty-five years into the first plugins were released, recording technology has evolved a lot more than in the forty years prior, and digital audio is still at its dawn.

The rise of audio plugins started with the VST, but later other developers started creating similar constructions, and new formats were born. Nowadays, most commercial plugins are being developed in VST, AU, and AAX formats. But what do these acronyms mean?

What is VST Plugin Format?

VST stands for “Virtual Studio Technology,” and it was developed by Steinberg in 1996. It is an open-source technology, which means third-party companies can develop VSTs. Most DAWs accept VST as the standard plugin format, and you can get wrappers that let you run VSTs in non-VST hosts.

Upon its release along Steinberg’s Cubase 3.02, VSTs became the leading technology for virtual audio processing. The fact it was free to develop for the format meant other businesses had the chance to improve upon Steinberg’s creation. Nowadays, you can find three types of VST plugins: Instruments (VSTi), Effects, and MIDI effects.

Some DAWs that run VSTs are Cubase, Ableton Live, FL Studio, Reaper, Audacity, and SONAR. The format is widely supported on Windows, Mac, and Linux operating systems. To run a VST plugin in a non-VST host, like Logic Pro, you need a wrapper like Patchwork by Blue Cat Audio.

What is AU Plugin Format?

AU stands for “Audio Unit” and was developed by Apple to be used within their software lineup. It is also currently an important part of the macOS sound architecture. Apart from doing everything a VST does, an AU plugin supports sample rate conversion and time-stretch.

Audio Units are a part of Apple’s strategy to maintain control over hardware and software, not allowing third-party formats on the Mac. By giving developers a standard way of structuring plugins, Apple makes sure they’ll work seamlessly within macOS, enhancing the user experience.

Most audio-handling software developed for macOS support AU. Some of them are Ableton Live, DaVinci Resolve, and Studio One. Within Apple’s ecosystem, AUs are supported by applications such as GarageBand, Final Cut Pro, MainStage, and Logic Pro.

What is AAX Plugin Format?

AAX stands for “Avid Audio eXtension” and was developed by Avid, the maker of Pro Tools, and released in 2011. Nowadays, it’s the only format natively supported by current versions of Pro Tools. In 2013, the DAW dropped support for 32-bit computers, making AAX exclusively a 64-bit technology.

At the time it was developed, AAX bridged a gap between users running DSP or native versions of Pro Tools. It also came as a response to Steinberg’s dominion over VSTs and Apple’s tight hold upon AUs since Avid couldn’t count on them for DSP support. The plugin format initially allowed for internal and external processing, letting the user choose according to their DAW version. It was later pushed as Pro Tools’ only supported format.

Do I need AAX plugins?

If you’re using ProTools 11 or any subsequent version, the only plugin format you can use is AAX. In this case, you absolutely need this construction. Older versions of Pro Tools accept RTAS and TDM plugins, but they became obsolete in June 2013. If you use any other DAW, you don’t need AAX plugins.

Does FL Studio use AAX?

FL Studio doesn’t use AAX plugins. It supports VST1, 2, and 3 on Windows and VST1, 2, and 3, plus Audio Units on 64-bit macOS. Even so, a few compatibility issues can happen. Additionally, it supports a proprietary format developed by Image-Line, FL Studio Native Plugins, on both platforms.

A native Wrapper is provided with FL Studio for automatic format conversion. You can also use it to inform which bit depth you want the plugin to run on Windows. The Mac only supports the 64-bit versions of FL Studio and the plugins. If either VST or AU plugins are properly installed on your computer, they’ll be easily accessible at the DAWs plugin manager. There, you can verify and allow them to operate inside FL Studio.

VST or VST3? What’s The Difference

VST3 is an improved version of VST. It was released in 2008 with a completely rewritten code, which enabled better performance, more stability, multiple MIDI inputs, and a lot more. To know whether to use VST or VST3, check your host application’s list of supported plugin formats.

One of the most important new features present in VST3 is 64-bit processing, which makes it compatible with more capable computers. It also enables the creation of audio input busses within the plugins, which allows you to use a synthesizer’s vocoder effect, for example. Another great improvement regards automation, allowing sample-accurate adjustments that translate into more precise automation.

To sum up, VST3 is an important update for VST users and developers who might be wanting more resources out of their plugins. Beyond the advances mentioned above, VST3 also supports full MIDI manipulation and multiple I/O channels, which enable surround editing.

Does VST3 use more CPU?

What is RTAS, and Do I need It?

If you’ve seen plugins mention RTAS in their compatibility list, don’t worry. You’ll only need those when using Pro Tools 10 or earlier versions. RTAS stands for Real-Time AudioSuite, and it’s an obsolete Pro Tools format. It uses the processing power of the host computer to render files in real-time.

When RTAS was released in 2000, it enabled a new way of processing audio. While the previous format used an external DSP to handle effects in Pro Tools TDM systems, RTAS used the computer’s CPU, eliminating the need for more hardware. In 2011, Avid announced AAX, a format that combined both TDM and RTAS technologies.

Before you go, a word about Bits

When it comes to audio plugins, one can also get confused with 32- and 64-bit options. Yes, it is tied to your operating system. Macs run on 64-bit architecture and therefore only accept 64-bit plugins on their hosts. Other OSs such as Windows 7 might still support 32-bit plugins. What’s the difference? 32-bit plugins can use only 4GB of RAM, while 64-bit can use all of the computer’s available RAM. That’s why 32-bit architecture does not support heavier and more recent plugins (unless they’re bridged, like in FL Studio’s awesome automatic feature). It’s because the RAM limit wouldn’t be enough to run all the necessary data.

Plugins are an essential part of the modern producer’s life. Even old-school mix and recording engineers rely on them to speed up their workflow. Hopefully, understanding a little more about their history and specifications will help you in your quest to become an even better producer.

In conclusion, if you’re on a Windows-based DAW that isn’t Pro Tools, you’ll become very acquainted with VST and VST3. On the other hand, if you’re a Mac person, you might cross paths with AU more often than not, even though you can also choose to stay with VSTs.

If you’re on an older Pro Tools version and still haven’t upgraded to version 11 or the current subscription alternatives, look for upgrades, as most of your plugins might have AAX versions at this point.

And don’t forget: a wrapper might save you a few headaches when using cross-format plugins. 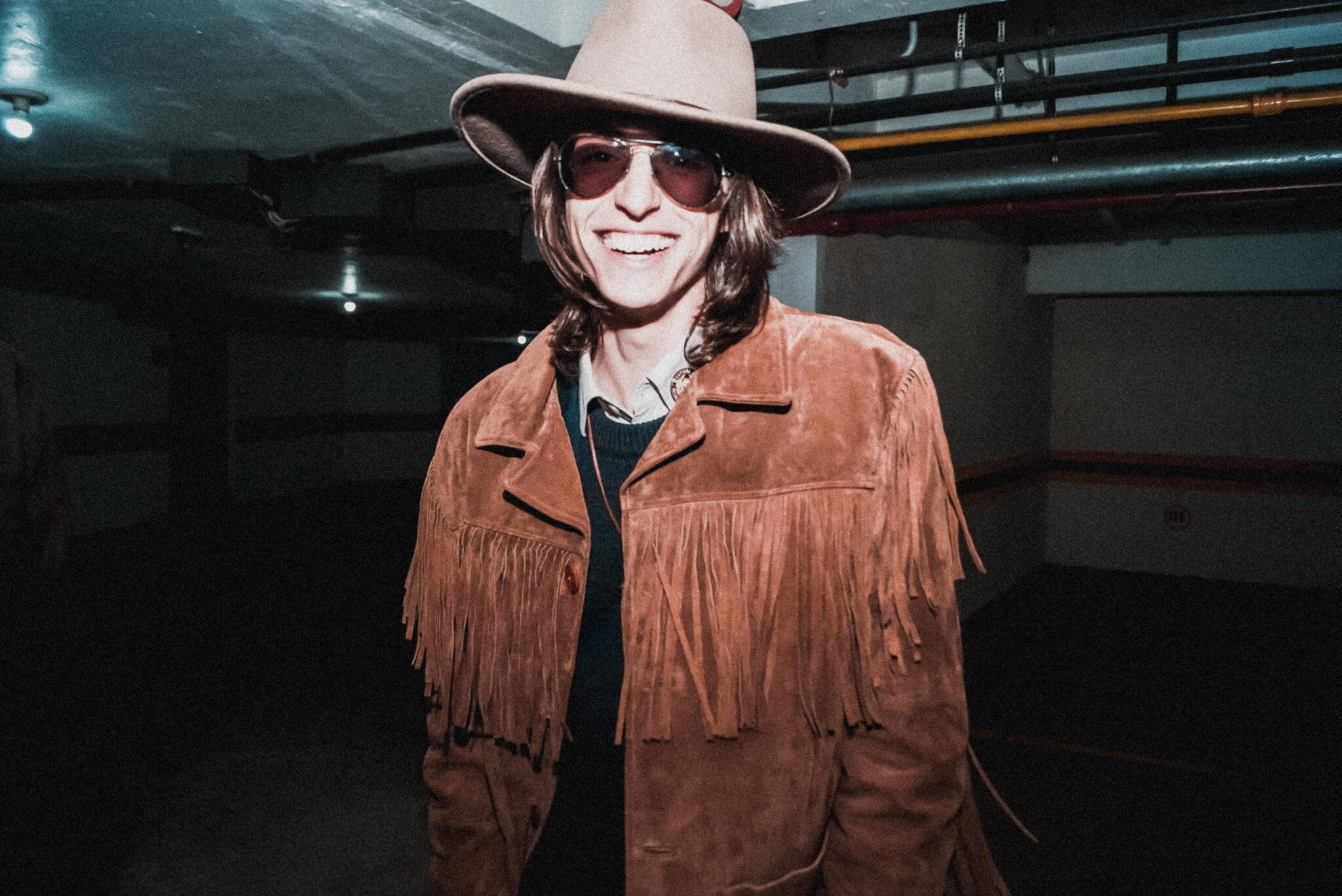