For today’s installment, we will look at the top 9 microphone plug-ins for 2022 for an assortment of areas.

Whether it is for improving the character of a microphone while recording, helping you find that touch of magic that makes a recording shine, or taming the unfavorable aspects of a signal, plug-ins can be an affordable godsend for those unable to afford hardware counterparts.

And based on the plug-ins we’ll be looking at today, they can offer aids that wouldn’t be possible for many engineers using what they have at their disposal. Today’s list covers a few microphone plug-in bases, from iconic microphone modeling to preamps to automatic mixers. And hopefully, there will be one for you here.

However, most of today’s plug-ins fall into the mic modeling category. Microphone modeling uses short recorded samples, called impulses responses, to process audio to emulate the sound of a microphone.

Have you ever wanted to sound like royalty? Because Waves’—with the help of Abbey Roads Studios—have added a touch of royalty to their catalog with the King’s Microphone digital audio processor. 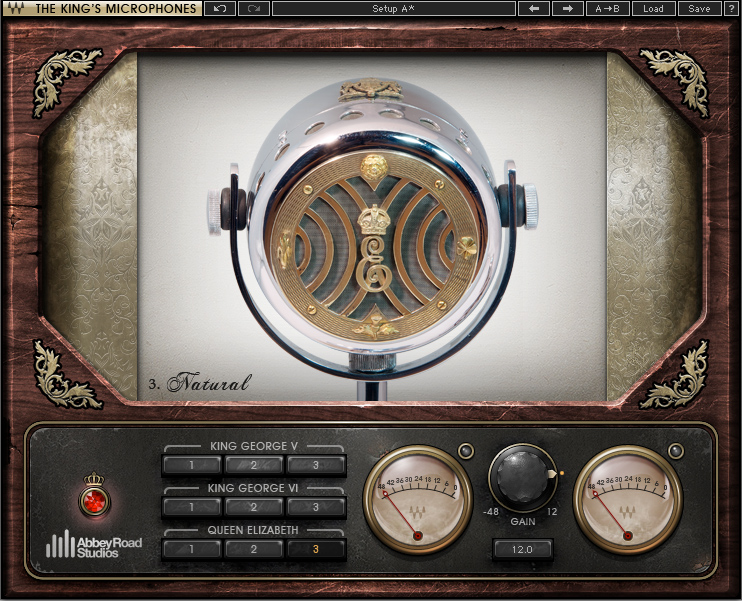 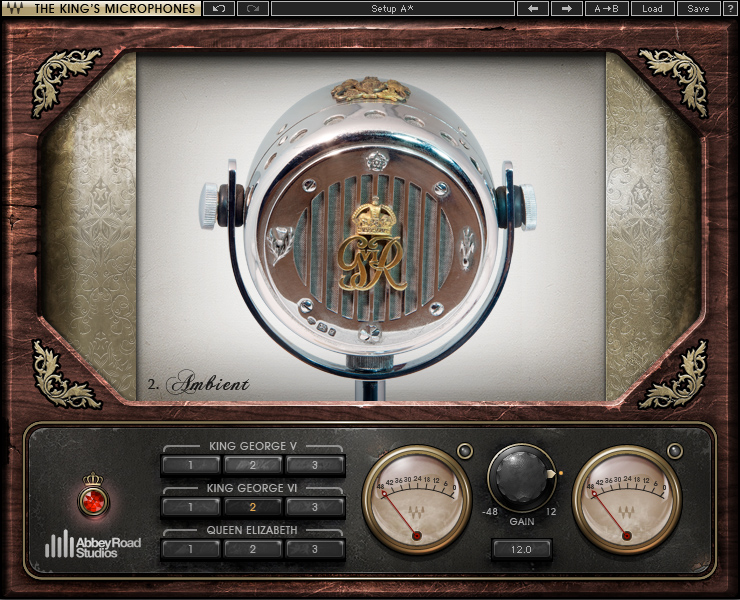 The plug-in offers recreations of three microphones used by the royal family during the 1920s and 30s for public addresses. Thankfully, today the historical microphones are looked after by The EMI Archive Trust.

And after being repaired by Abbey Roads Studio’s in-house microphone technician for use during scoring and dialogue for The King’s Speech film, intrigue took hold, and the concept for the plug-in was born. 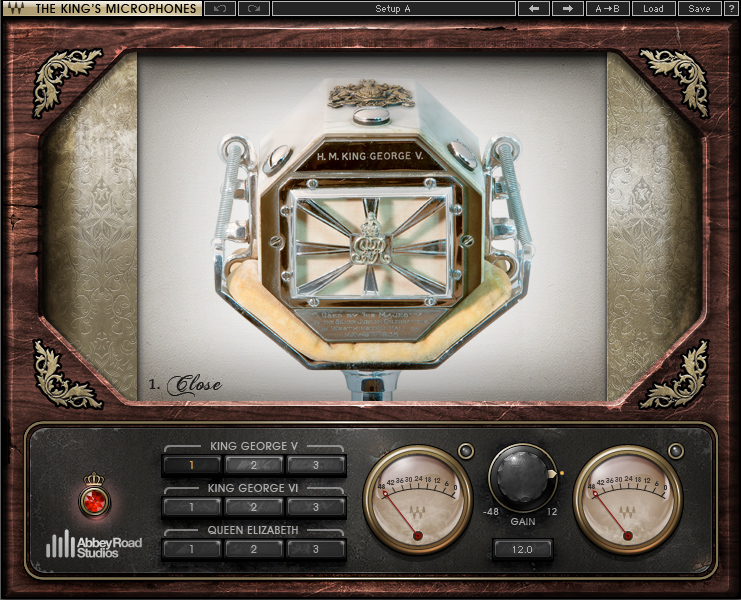 If you are looking for a filtering plug-in for achieving a unique and timeless sound, then Waves’ The King’s Microphone is for you. It’s simple and easy to use but adds the kind of character you would be hard-pressed to obtain without serious elbow grease.

Similar to Antares’ MicMod, IK Multimedia’s Mic Room is a microphone modeling plug-in that allows you to adjust the tone of your recording to emulate the tone of another microphone.

Compared to MicMod, Mic Room offers a modest selection of microphones for modeling. However, it does perform just as well. Outside of the modeling and tone controls, the plug-in.

In addition, if you are an apple user, you can use the software on the go since IK offers an app for iPhone, iPad, and iPod Touch.

Like MicMod, IK’s Mic Room is a great option for streamlining the mixing process by filtering audio quicker to find that ideal tone within a mix. However, this plug-in is by no means a shortcut. If the audio you are working with isn’t recorded well, Mic Room won’t fix it. 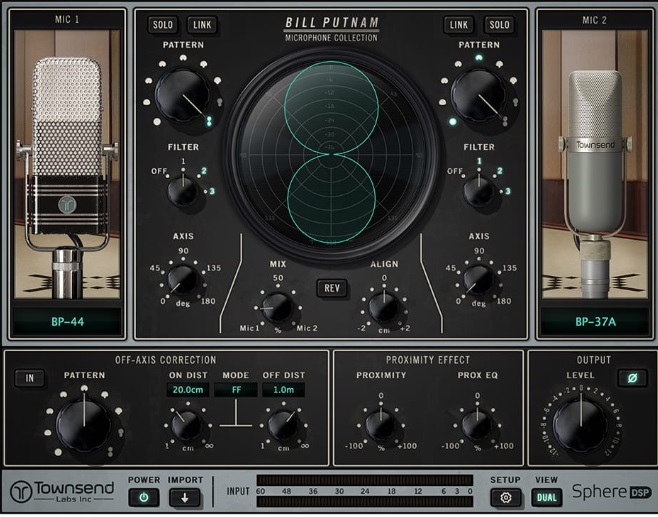 Created for Townsend Labs Sphere L22 microphone, the Bill Putnam Mic Collection plug-in allows you to emulate the vintage sound of over a handful of iconic microphones used by engineer Bill Putnam Sr., “the father of modern-day recording.”

Bill Putnam was the engineer responsible for capturing some of the most renowned artists of the 1940s and 50s, including Elvis Presley, Duke Ellington, Frank Sinatra, Ray Charles, and more.

Besides emulating the tone of a host of great vintage microphones, the plug-in also allows you to shape the tone before or after tracking by adjusting the emulation’s polar pattern, axis, and proximity. In addition, you can mix in a second emulated microphone for various mixed tones.

The Bill Putnam Collection plug-in for UA hardware and interfaces offers the tones of a few vintage and well-used microphones from AKG, Neumann, RCA, Sennheiser, Shure, Sony, and Telefunken. Its capabilities are great for capturing variety with less effort.

The only real limitation would be that the UAD Bill Putnam Mic Collection is exclusively for the Sphere L22 and accompanying UA hardware. But would it be able to perform just as well otherwise?

Speakers, by AudioThing, transforms your audio to emulate the textures and characteristics of a variety of loudspeakers and microphones. From the piezo pickup of a 1960s dial-up telephone to megaphones to the child-like sound of a toy microphone.

Whether you’re mixing audio for film or music, filtering sounds in creative ways can make a large impact on the entertainment value of the audio. And, outside of recording those sounds in real life, some may be unable to create the sounds and tones they need to bring life to a project.

Enter digital emulation software, specifically Speakers. The plug-in offers a vast library of modeled speakers and microphones for you to process your audio through. In addition, it includes an FX chain, routing options, and background noises to add to your audio.

If you are looking for a plug-in to help you achieve grittier, lo-fi sounds, then Speakers is for you. It’s unique, and it’s wonderful. In addition, it has a place in any sound designer’s bag of tricks. 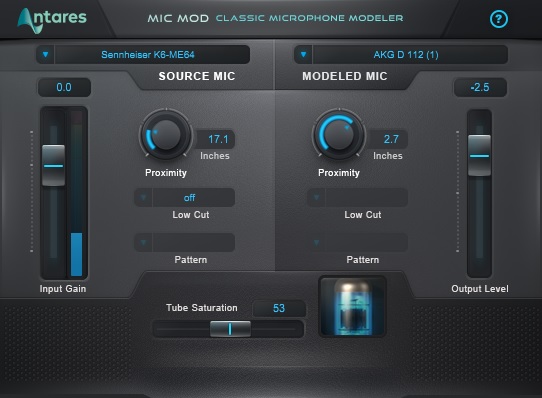 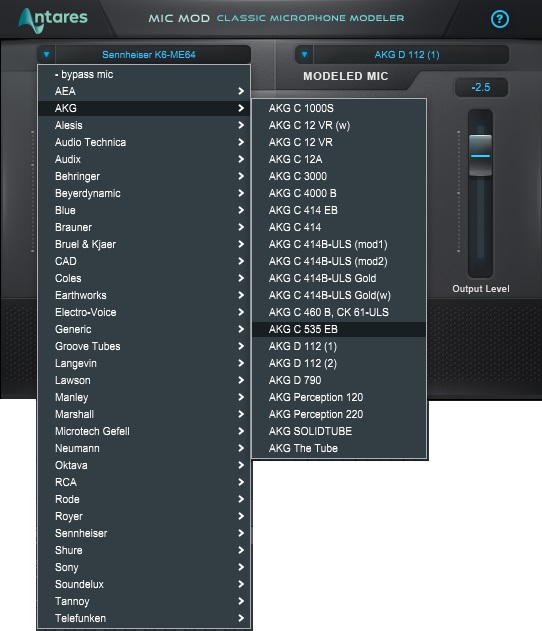 MicMod EFX is an update to the Antares Microphone Modeler plug-in released in 2000. MicMod is ready to help you find the tone you’re looking for with a new look and an updated library.

Microphone modeling hasn’t always garnered the best response from engineers. However, with the right mindset stepping in, they can be a useful tool. If you’re looking to make your cheap, horrible-sounding microphone perform like the best microphones on the market, you will be disappointed.

The plug-in offers a wide range of selectable microphones that have all been modeled by Antares. In addition, should you be unable to find your microphone within their library, you’ll have the option to choose a generic mic type.

Antares’ MicMod may market itself as a plug-in that makes the mics you own sound like the microphones you wished you owned, but in reality, it streamlines the filtering process to achieve various tones easier within a mix.

If your recording sounds bad, MicMod won’t be able to improve the quality magically. However, if your recording is good, it can help you find that sound that makes it sit well or pop within a mix.

The Sphere microphone plug-in by Townsend Labs is a companion to their Sphere L22 modeling microphone. Using the modeling mic, you can emulate the sounds of many rare or expensive professional microphones using just a single mic.

The Sphere L22 microphone was designed to capture an unbiased, almost clinical recording that could be molded according to microphones selected within the Sphere plug-in. In addition, because of the mic’s design, you can adjust various virtual parameters to emulate real-world situations.

These virtual parameters include adjusting the polar pattern, the axis-response, proximity, and filtering options like a highpass filter and a pad switch.

The base plug-in for the Sphere L22 Microphone can be a great, cheaper alternative to amassing your microphone collection. Instead of multiple physical microphones with their characteristics and requirements for maintenance and care.

Universal Audio, alongside Townsend Labs, has expanded upon the collection of microphones available for modeling by the Sphere L22 modeling microphone.

Couple this with the Sphere L22’s plug-in features, and you have a studio aid that could make your recording life easier.

It is by no means the audio recording Holy Grail, but it is a good alternative to spending thousands, or hundreds of thousands, on microphones that you may potentially never use.

If you own the Sphere microphone or are looking to dive into the world of modeling microphones, UAD’s Ocean Way Microphone Collection is a great addition to the stock Sphere plug-in.

And it can be great for getting your hands on the tones produced by prized microphones. 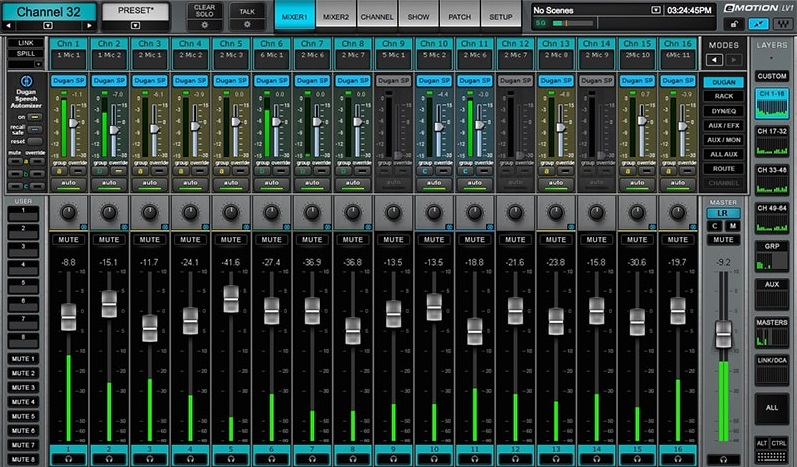 With the help of Dan Dugan, Waves have brought Dugan’s Automatic Mixing controllers to the digital world with their Dugan Speech plug-in.

In a nutshell, Dugan Speech automatically adjusts the gain for a host of connected microphones for easier mixing at spoken-word-based events.

Unfortunately, the plug-in is exclusive to Wave’s live mixing hardware, the eMotion LV1 live mixing console, and the SuperRack system, designed to be a versatile plug-in rack for live audio processing.

If you are doing live sound for dialogue-based events— whether for television, talk shows, expos, conferences, or film—Waves’ Dugan Speech will make your work easier! As long as you have the Wave system that supports it.

Unlike other products on today’s list, PREDD by Analog Obsession is a mic preamp plug-in designed to emulate the vintage sound you would achieve from Chandler Limited’s REDD.47 microphone preamp.

The REDD.47 was a standalone hardware unit created so recording enthusiasts could get their hands on the technology responsible for capturing an iconic era of music: Abbey Roads Studios circa 1959 – 1968.

Outside of the added 10dB high-frequency boost control, you can expect a faithful digital creation of a timeless piece of audio hardware. And best of all, it’s free to download from Analog Obsession’s Patreon Page.

The plug-in supports Windows 7 and higher and Mac OS 10.9 and higher, both 64-bit only. Also, it supports VST, VST3, AU, and AAX formats.

Having this plug-in for free borders on being criminal. PREDD will be a welcome addition to anyone’s plug-in library if they are looking for a software preamp. However, I recommend you try it even if you aren’t looking for one. It offers a smooth tone that can help your audio pop within a mix.

How To Use Preamp Plugins? (On Guitars, Vocals, Bass & Drums)

If you are looking for more tonal options when recording or mixing there are options available that don’t involve more—potentially budget-breaking—hardware devices. Antares, Analog Obsessions, IK Multimedia, and Waves provide helpful plug-in options (with Mic Mod, PREDD, Mic Room, and The King’s Microphones) to filter your recordings.

Adding to the microphone modeling train, if you are open to investing in both the hardware and the software, Universal Audio and Townsend Labs offer a potential one-stop treasure trove of tonal options with their collection of plug-ins for the Sphere system.

If you are a live engineer looking for a hand with adjusting levels at events involving speech or dialogue, then Waves’ has come to the rescue. Their Dugan Speech plug-in is the helping hand you need.

And lastly, AudioThing’s Speakers plug-in is great for anyone working with film audio in need of a plug-in that allows you to emulate the tone of sound from various everyday devices.