Let’s learn more about the erhu and check the best VST plugins & Kontakt libraries available in 2022.

The erhu is a traditional stringed instrument present in Chinese culture. It features two strings and is played with a bow, like a violin.

The instrument can be traced back as old as the Tang dynasty in China, making it one of the oldest instruments in the world that kept its construction and overall aspects intact to this day. It was frequently used in southern China as a folk instrument, but since the 1920s, it has been widely used throughout the entire country and nowadays is the most famous exemplar of the huqin family.

How Is The Erhu Different From The Violin?

The erhu differs from the violin in some aspects of its construction: while the violin is played resting on your shoulders, the erhu stays upright and rests on the musician’s thighs. Additionally, it features two strings, two less than in a violin, which resonates with the bow in a tailored position.

Other than that, obvious aspects such as the materials involved in the construction, the assembly of these pieces, and the materials used in the strings and bow fibers are also different. For example, violins tend to be made from selected wood, while the erhu usually is built from ebony or rosewood with a snakeskin resonator.

More Info & Price
An erhu ensemble that is very easy to control.

Ample China Erhu features three erhu models tuned differently from one another, perfect for providing a cohesive sonority that these instruments should have when played together. Ying Wang, a Ph.D. erhu major at the Central Conservatory of Music, sampled the sounds of each instrument with exquisite technique and expression.

AmpleSound is a developer who is often worried about aspects such as the sample quality, the array of controls, and some nice built-in effects that elude and increment the instrument’s timbre. Ample China Erhu is an immersion into one of China’s most popular instruments that excel in features that make it versatile and good-sounding for any production. Special attention to the multiple articulations and their categories can make the erhu sound like multiple instruments.

More Info & Price
The perfect balance of emotion and quality in a single sample library.

Evolution Series’ Color libraries were developed to bring the best vivid and moving sounds into your DAW in the most musical way possible. As with all products in this series, World Colors Erhu also delivers that same aspect in every played note while maintaining the mandatory high quality in the audio samples. 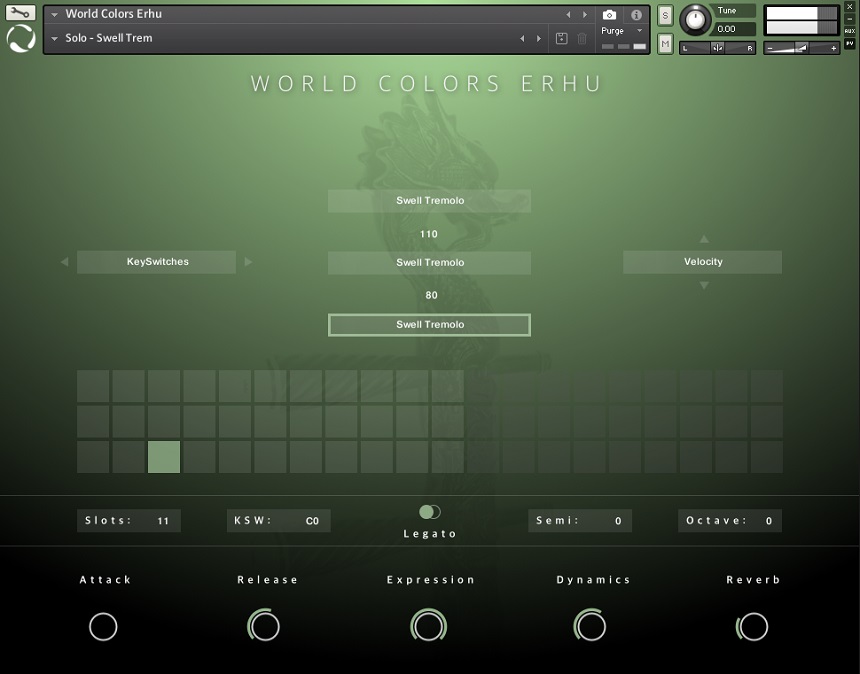 The not-so-usual aspect of World Colors Erhu may not be ideal for your production, but it can present some good uses. The premise is that erhus can create soundscapes and intimate ambient sounds, and Evolution Series proved that easily. As with similar collections, the sample files bear awesome quality, and the included configurations are essential to make it sound as delicate as possible, unlike other instruments.

More Info & Price
Concise erhu sounds are allied with the most important configurations in this library.

Embertone has ventured into some cool sample libraries in the past, always delivering satisfying results that should please most producers. In Chang Erhu, that aspect is maintained with a collection dedicated to recreating and bringing to your DAW the most accurate sonic representation of this exquisite instrument. 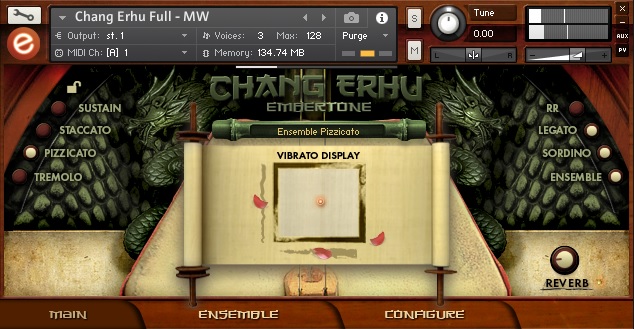 Chang Erhu deals with basic configurations and controls that make the sample files inside sound better and more realistic. The erhu is a delicate fiddle that deserves this amount of dedication when setting the overall sound, and this is why an “Ensemble” mode is so useful – the sound mass delivered by up to eight musicians does the trick in setting an immersive ambiance.

More Info & Price
You’ll fully control all aspects of your erhu tone with this library.

Although the erhu might seem a simple instrument at first, closely inspecting it may tell you otherwise. Sure, there are only two strings, but that doesn’t mean it’s simple to play, considering all techniques and articulations involved. Soundiron created Street Erhu to recreate its iconic sound and provide the user with meaningful adjustments to make the instrument shine accordingly.

The library is available for macOS 10.9 or higher and Windows XP or higher. It comes in VST, AAX, and AU plugin formats. The Free version of Kontakt Player is supported.

The number of controls and options in Street Erhu should scare most users away from it, but in the end, it is the very opposite of that. The possibilities are considerably extended with these additional tools, including sound designing elements and multiple stock preset phrases. As a result, the erhus sound great on their own, and you can count on some diversified variations of the same instrument.

More Info & Price
This collection goes straight to the point of having good-sounding erhus at your fingertips.

Sonuscore has appeared previously in our lists for its excellent sample libraries, usually covering orchestral instruments. Unfortunately, the erhu is usually not considered as such, but either way, the team decided to give the same treatment to this iconic instrument, and the result is Esraj& Erhu. 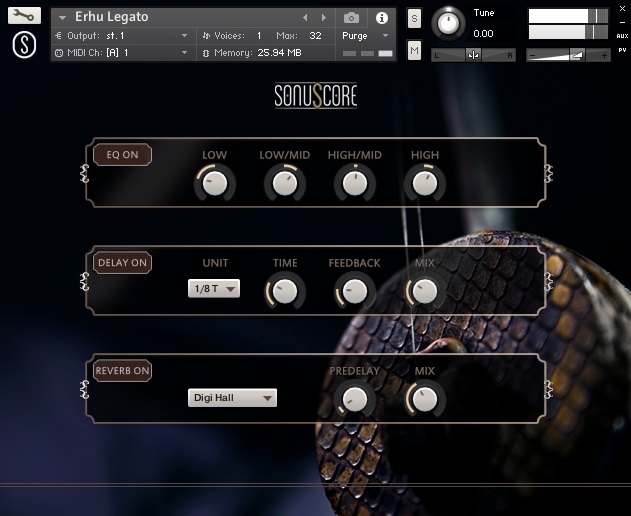 Although not focused solely on the erhu, Esraj & Erhu proves to be equally dedicated to bringing the authentic sounds of both instruments to life. The general settings and configurations apply to both instruments and boast musicality and authenticity in every recorded sample. But, arguably, the main feature is its simplicity, glued together with an elegant interface.

Ethnic instruments are difficult to cover because they present unusual sonorities, unfortunately not so much explored as other European instruments. However, their sounds are iconic nonetheless, and this list sought to prove that a considerable selection of nice libraries excels in bringing an ethnic instrument such as the erhu to multiple audiences.

The erhu sounds similar to a violin but with intrinsic and specific elements that make its sonority unique. To have such a considerable amount of sample library options is awesome and proves that more and more people are interested in its sounds and the music you can make with it.

Among the best options for erhu sample libraries, AmpleSound Ample China Erhu and Soundiron Street Erhu excel in creating a realistic instrument profile, very nicely translated to a virtual environment. Both options can create faithful sound profiles allied with relevant effects and articulations that help make them even more real.

For an additional option, Evolution Series World Colors Erhu is a somewhat unique collection for turning the erhu sounds into vivid seamless sonorities, ideal for any sound designers looking for a refreshed and revamped approach to an ethnic instrument such as this.

Eventually, it all comes down to taste and your exact needs, so test the products before buying them.

See you next time!

Eduardo Cardoso is a musician and audio producer based in São Paulo, Brazil. He studied both music production and theory in college and has successfully launched his career as a solo artist in 2021. With over 10 years of experience with the music business, he currently acts as a session musician, music producer, audio editor, and content creator.