A lot of music producers are struggling with how to maximize the loudness of their music without clipping or distorting. Well, If your knowledge limits you, you are in the right place.

But how can I make my sound louder without distorting it?

Also, worth mentioning is a limiter. This tool allows you to set the peak loudness. You would set it of course in a way that your peak loudness does not make your signal clip. The cool thing about a limiter is that you can set your peak loudness of the whole mix, while still being able to increase the volume of the separate instruments.

Now we will share some tips and techniques that can help you make your music louder.

11 Tips How To Maximize The Loudness Without Clipping Or Distorting

1. Use Limiter On Bass

Use the limiter on your bass to remove unwanted peaks by limiting them. It will fix the volume of your bass at a certain level, avoid potential clipping and bring consistency to your mix. 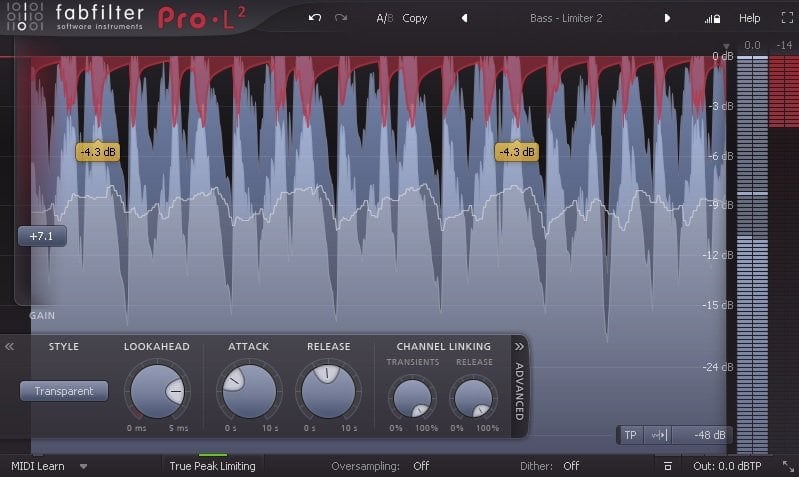 If you are producing music on high levels, you can overlook the actual distortions and clipping.

3. Stick To One Plugin

Use the one plugin for a long time that you know will increase the loudness naturally. For instance:

A completely free plugin that will make your music clearer, louder and more dynamic without distorting or clipping. It’s excellent almost for anything like drums, bass, vocals, guitars, synth, but also for mastering. It will add life to your sound after a few tweaks. It’s very light on CPU and RAM. This tool is a similar version of the Abletons Multiband Dynamics plugin. It has fewer features but it’s still great and it’s free. Get this badman here. 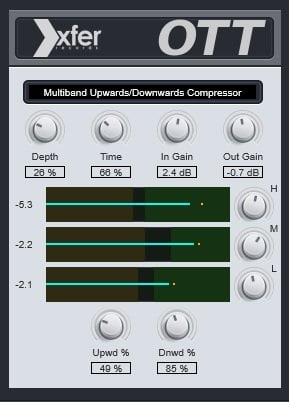 If you have felt that your track is empty, lifeless, and flat, try to use dynamic EQ. It’s a great tool for mastering, but also will find versatility when mixing your music. It will create the headroom that you are looking for to create a louder and fresher mix. It won’t increase the chance that it will distort or clip if you use it correctly. Here is a video that describes Dynamic EQ more in-depth:

6. Order Your Plugins Properly In Your Signal Chain (Mixer)

It’s not a secret that how your plugins are ordered will dramatically change the way how it sounds. And you have to give it a direction. This is a significant way how to achieve loudness.

7. Use Sidechain In Your Mix

Use the sidechain especially when it comes to kick and bass which may sound obvious to you but there are so many options on how to use the sidechain. With a sidechain, your sounds will sound more clear and your mixdown will not only sound better and will have more pressure, but you will be able to make it louder, especially in the low-end section.

8. Hype The Limiter To Hear The Loudest Instrument

This is more tip on how to analyze the loudness rather than fixing the problem. Put the maximizer or limiter on the master channel add a few dBs more to hear the loudest sound to detect that. The reason is if you are composing at the same volume for a long time, then you might overlook this and have an imbalanced mix that can cause distortion.

Or you can just add master volume but this can harm your ears.

9. Transients In Mastering Can Ruin Your Track

Plugins like FabFilter Pro L2 or iZotope Ozone Maximizer offer a transient emphasis function. The more amount you will add, the higher is chance that it will cause clipping as it increases the level of the peaks. In other words, the bigger the peak is, the louder it will sound. Yes, it’s modern to have the sharp sound of your track but use it wisely to avoid potential distortion especially on the low-end section of your track as a kick can start distorting very easily.

Shape your ears by composing music consistently. It will create almost something like matching EQ in your ears that will become more sensitive for sound adjustments and you will detect even small clipping or distortion which is crucial for you. Don’t stop producing – it could be even an hour a day, but results would be astounding.

11. Stick To One Pair Of Headphones / Monitors For A Long Time

I believe this is a big one. You can train your ears to detect even small distortions when you will use the same phones/monitors for the long term.

How do you master without creating distortion?

A common factor that contributes to clipping is incorrect gain staging. Go through each section of your signal chain and determine if any areas have their gain or output level set too high. Sometimes in a mix, we can cause clipping from an insert or group buss that boosts the gain level of an instrument or element.

Also, volume automation is a great technique to make a mix feel natural and organic while still controlling volume and gain levels. Use automation to lower any excessive peaks in your mix during playback or to boost any soft areas of a track so that you don’t have to push its gain overall gain level.

The reason is that bass and low-mid frequencies tend to feel heavier than higher ones and generally take up more space in a mix. Intense bass frequencies can cause your overall mix to warp or distort. Solo each of your bass-heavy tracks and measure how much low-end you can shave off without compromising punch or dynamics.

Along with EQ, a compression is a powerful tool that can make or break a mix. There are no definite rules for applying compression other than to never over compress. Overcompression will cause your waveforms to sound muddy and squashed, and will probably cause you to turn them louder, which can reduce signal quality.

Here is a very general template of  mastering signal chain: 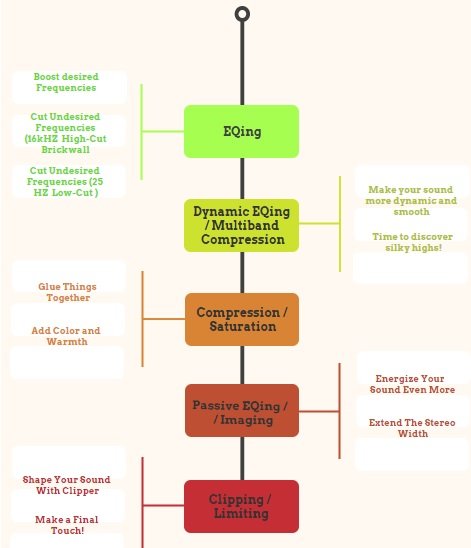 What Is Audio Clipping?

Audio clipping is a form of waveform distortion. This type of distortion occurs when your amplifier (or any other gain modifying tool) is overdriven. Your amp being overdriven simply means that it tries to produce a higher level of voltage than it is designed for.

Once your amplifier is pushed to produce signals that are beyond its power range, the power supply of your amp cannot stretch enough to produce the sound that it is not supposed to. Instead, the amp cuts or ”clips” the amount of power it is not designed to process. Your natural soundwave sound is morphing into the  ”square wave sound” since the top of the signal has been clipped.

Just as clipping can happen in the analog world, in a similar vein it can also happen in the digital realm. If the input section of your digital system is overloaded to a point 0 decibels full scale (0dbFS), that means that we have run out of headroom.

That means that all of the information that your wave is carrying goes over your floor and ceiling and can not be assigned to your digital ones and zeroes. That results in a square wave-like shape, which in sonic terms produces distortion. In this case, the distortion is digital. 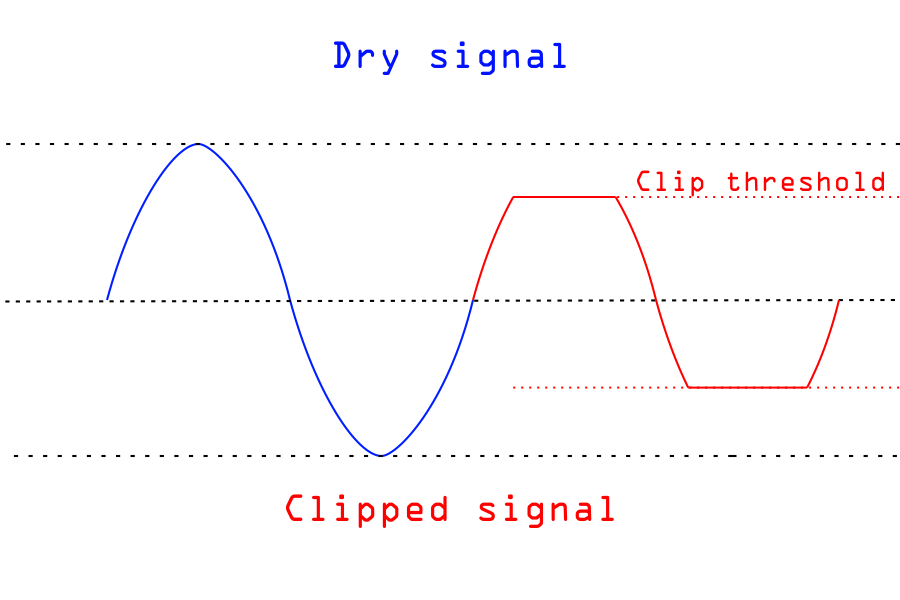 The degree to which the audio clipping occurs will define what shape would the output signal be. The more ”squarish” the signal looks, the more extreme forms of distortion you will get.

All of the staples of modern guitar playing such as overdrive, distortion, and fuzz effects are the result of a similar process.

Audio clipping explained (and how to fix it!)

What does audio clipping do?

Clipping causes distortion and exceeds an amplifier’s volume output capacity. Audio clipping happens when we overload an amplifier with a signal that exceeds its maximum power output capacity. When we amplify an audio signal beyond its host device’s limitations, it causes the waveform to distort.

This occurrence is generally counterproductive to mixing situations and can occur in a variety of ways. Most amps and other audio playback devices feature an output meter that allows you to gauge how much power signal playback generates. The meter will generally show you readings in decibels, with the peak being at 0 dB. DAWs such as Ableton or Logic will show you a red signal bar when your volume output exceeds 0 dB.

You’ll often hear some unpleasant pops or clicks if something clips in your mix. It may also sound as if the audio breaks up, or has a noticeable reduction in output quality.

Most mixing engineers and producers aim to achieve a mix that has depth, clarity, and spatial dynamics. If you push any instrument or track’s volume to a clipping point, it will destroy your overall mix and won’t be enjoyable to listeners. If forced to extreme levels, audio clipping can damage a speaker or piece of audio equipment by causing it to overheat.

Why is my track clipping?

Clipping is created from an excessive gain level in your mix or incorrect usage of audio effects like eq or compression. Overamplification of a signal can vastly reduce its clarity and will negatively affect other areas of your mix.

There are a few stages in a signal path from input to output, and each of these can cause audio clipping just by being too loud. Clipping can occur in any stage of this signal path, not only the master output channel or speaker. Imagine yourself as a guitarist trying to record over a new track in the studio. Your signal chain might look something like this:

There are volume parameters for every stage of the signal path above. You may have a pedal in your effects chain with its output too loud or the gain on your preamps dialed in too high. Sometimes your monitors or speakers may be operating at an excessive output level.

Let’s look at a digital situation where we could cause clipping. Many engineers wonder why their master output is clips even if their tracks below 0 dB. Most tend to oversee that routing signals with the same shape, and frequency range will cause a louder overall amplification.

Another common cause for clipping in audio production is effects processing. Some people may use a stock effect or plugin in their DAW without completely understanding how it affects a signal, including its amplification. Plugins and other effects usually come with a master output dial or control to help prevent clipping during processing.