Graphics Processing Unit are the electronic brain for processing image and video data. These are important not only for playing high-resolution video games but also for developing such games and graphics. The GPU has various parts, including a chipset and fans.

Sometimes, you will notice that your GPU starts to make an irritating buzzing noise. In this article, we will try our best to explain the causes of this noise and solutions to solve this annoying problem. So, without wasting any time, let’s start the discussion.

Why My GPU Make a Buzzing Noise?

The GPU has many small and large coils as an important components. These coils often make noise due to the electricity passing through them. This buzzing noise is called coil whine, and it can be an irritating problem while you are working.

The vast majority of us do not give much thought to the cleanliness of the inside of our computers. Over time, dirt and dust can build up on the fan GPU, which can cause the fan to make buzzing noises.

Expired thermal paste is another reason behind the GPU making buzzing noises. Thermal paste is used between the GPU and the cooling fan to improve heat transfer. If this thermal paste dries out or runs out, your GPU will overheat, forcing fans to work overtime and eventually making noise.

Fans on a GPU are there to do one thing: to ensure the GPU stays as cool as possible. However, sometimes a scrap of paper or plastic gets sucked through the outer casing and gets stuck to the GPU fans, causing them to make a loud buzzing noise. An internal data or power cable may be hitting the GPU fans and making that annoying buzzing sound. It can happen on occasion.

We sometimes download fan speed controller software and set it up wrong, putting all the fans in turbo mode when they don’t need to be. And sometimes, we set low-temperature values against high fan speeds. As a result, when the GPU works normally, the fans start to spin at maximum speed, creating a buzzing noise.

There is another important feature that may lead to the GPU buzzing sound. This feature is the GPU overclocking. No doubt, GPU overclocking increases performance, but in old GPUs, overclocking is not suitable at all. It can lead to overheating and, ultimately, buzzing noise.

Carefully remove the side casing of your computer system. Then switch it on and play a game with great graphic detail. Now, place a small, dry wooden stick on each coil to feel the coil vibrations. GPU coils are typically cube-shaped and dark grey. It is how you will figure out which coil is making a noise. 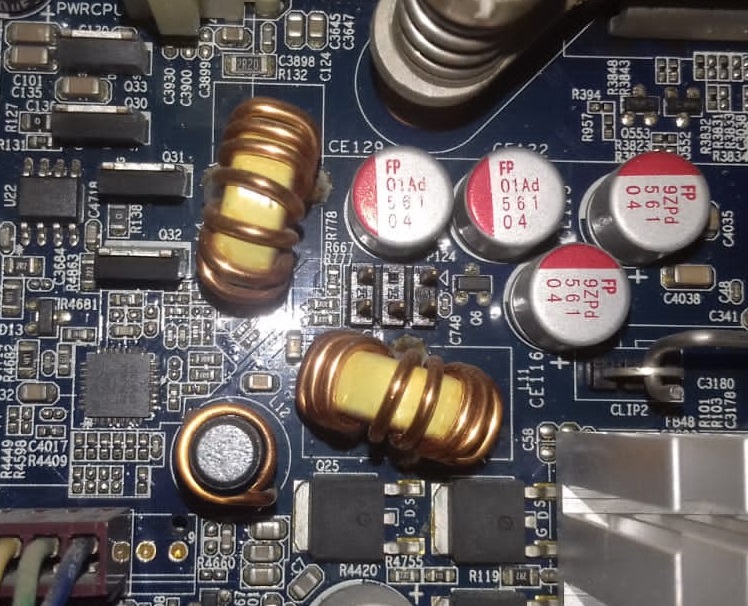 In small amounts, certain adhesives can be used as sound suppressors to eliminate this coil whine buzzing noise. You can use silicone or sealant for this purpose, as it is flexible and can absorb vibrations. Moreover, it is nonconductive, and you don’t need to worry about it.

When your computer’s power cables are unplugged, carefully open the case and clean it. Doing this will remove any piece of plastic or paper stuck to the GPU fans. You can also remove the GPU from its slot and clean it properly using a brush and a vacuum.

In case of a stray cable, just tie the unused cables up so they won’t touch the fans anymore. You’d better remove the extra cables from your PC, as they may be a hurdle in the cooling system. To avoid such problems, use proper cable management if necessary.

GPUs are susceptible to dust and dirt build-up over time, which can cause the fans to make a buzzing noise. It is because the dust can cause the fan to not spin correctly and also cause friction between it. To fix this, you can clean the GPU and the fans. You can also replace the fans if they are too dusty or old. 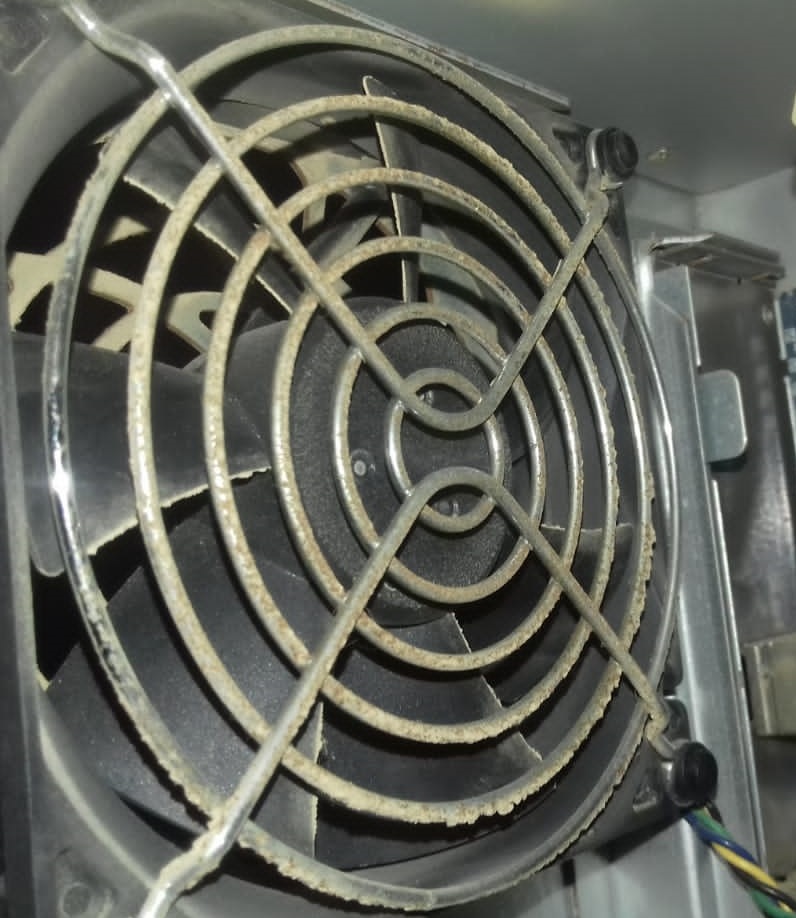 Additionally, you can use canned air or an air blower to remove dust from your GPU and its fan by blowing it off with the air from the can. Be extremely cautious when carrying this out, as it is simple to cause damage to delicate components such as the fan blades. You can also use soft brushes to remove the dust.

There are different conductive pastes available, from small injections to big boxes. A small or medium injection should be enough for your GPU. After removing your GPU from the motherboard, clean it properly first. Then unscrew its heatsinks and remove them carefully.

Clean the old and expired GPU thermal paste using a piece of a soft cloth. In the end, apply the conductive thermal paste and fix the GPU heatsinks back in place. It will resolve the overheating issue in GPU.

If you are a gamer and love games with high graphics details, you should switch to another GPU. On the other hand, you should decrease the graphics quality from ultra to high or medium to enjoy your games without losing your GPU. You can also limit the framerate of your GPU to avoid overloading.

For video editing, choose software that your GPU can easily handle rather than one that overburdens it. If you want to render your projects and your GPU starts making a buzzing noise during rendering, you should get a bigger GPU to accommodate your needs.

For live streaming, either you will have to compromise with the video quality of your videos, or you’ll have to upgrade your GPU so your fans can enjoy your videos.

If you have overclocked your GPU, you should reset it to the default settings. Overclocking draws more power from the GPU and thus creates more heat, causing your fans to spin at maximum speed, which will lead to disturbing noises.

Sometimes the GPU is dusty, and the ventilation system is poorly managed. For example, a wall or obstruction at the back side of your computer system might stop the heat inside the casing and make the GPU overheat. Dust makes an insulative layer on the GPU components, making the heat difficult to radiate in the air. It could be the casing fans that are not working properly as well. 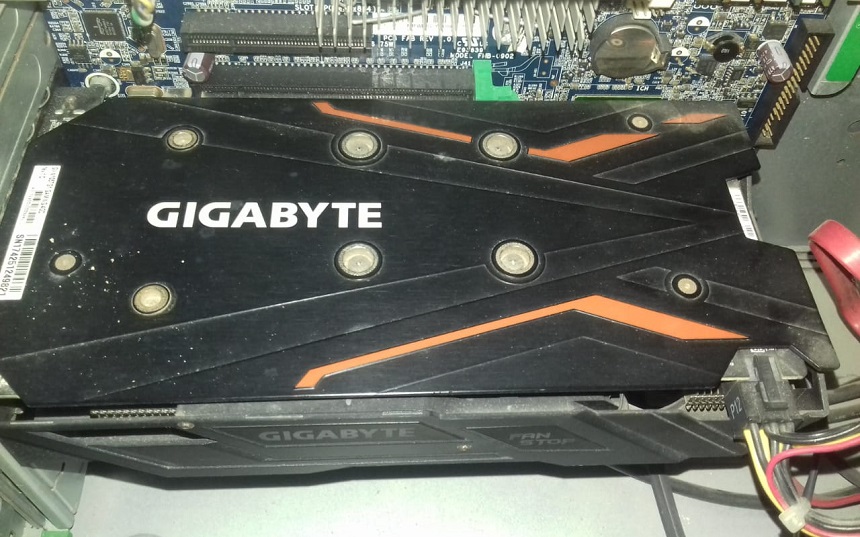 In case of dust, you can take time to clean it off properly, making your GPU’s life longer and better. As far as ventilation is concerned, you should remove all the obstacles around your computer system because overheating can even burn out the GPU or its neighbouring hardware. If the cause is old and slow fans, then get rid of these fans and buy a new one.

We sometimes use the wrong fan speed settings by accident. These settings could make your GPU’s fan run fast, so you will hear buzzing and vibrating noise. So, make sure you set the fan speed properly according to your GPU’s temperature.

All hardware components are designed to give maximum performance with an absolute voltage. GPUs also have a large fan and a separate processor, which require a constant, stable, and appropriate amount of current. 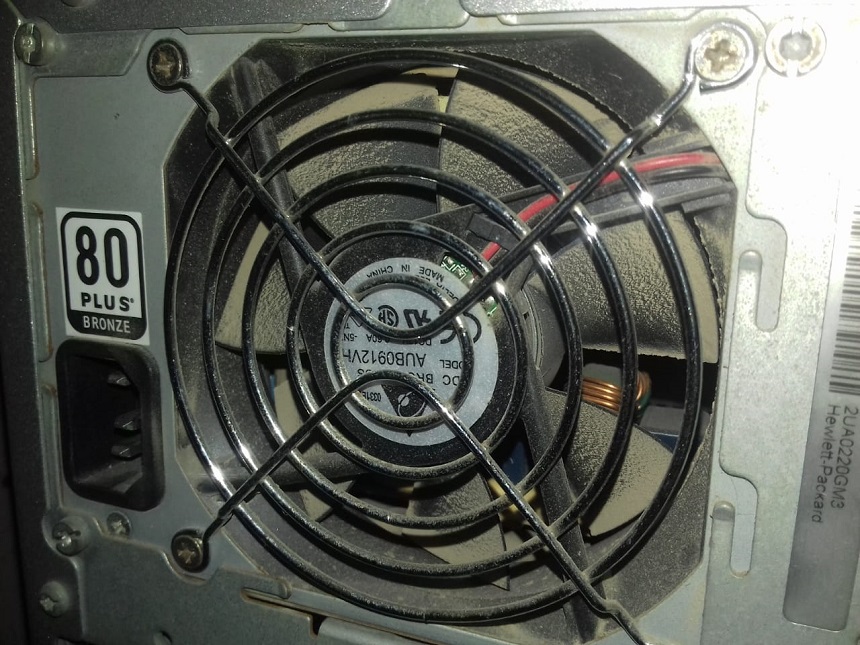 If you have a faulty power supply, it will not be able to deliver the maximum amount of current to your GPU; as a result, GPU fans will slow down and make these buzzing noises. This shortage in voltage may also cause damage to other components. Therefore, you must replace the power supply with a new one that meets our voltage needs.

GPUs are the powerhouse of your computer system and enable you to enjoy gaming, video editing, live streaming and other related activities. Buzzing noise from the GPU is often caused by overheating, inadequate cooling, overloading, overclocking, dust accumulation, wrong fan speed settings and low voltage power supply. These are the steps you should follow to resolve the annoying buzzing noise coming from your GPU.