When you search for the best PC for anything, you will see at least one gaming PC. No matter what you need it for, gaming PCs are always there.

The reason is that modern video games have very high system requirements, and they have high-quality, powerful parts.

Now, let’s discuss and explain why a gaming PC works perfectly with music production and why you should buy it. If you want to know more about how much RAM or CPU is suitable for music recording, you can find information here.

Why Are Gaming PCs Great For Music Production?

Modern gaming PCs have powerful and latest CPUs. Even budget PCs come with good CPUs. And the more CPU a PC has, the better it is for music production and recording, mixing, and mastering. It will run much faster and smoother.

Music production requires a fast PC to work smoothly. For example, DAW, plugins, and other tools run at the same time when you record or mix music. Also, audio interfaces need good and fast-performing computers. Some DAWs and plugins can work on medium-power computers, but you will need more power as your tools grow. So, having a faster CPU is almost mandatory.

For example, using Pro Tools as your recording software requires a fast, multi-core CPU. The Artist and Studio version needs Intel iCore five, and Ultimate needs a more powerful one. Intel iCore nine is preferred. Of course, you can use less powerful CPUs, but you will have issues like software crashing, slow performance, etc. Having a fast CPU makes work much better and faster.

The following important PC part for music production is RAM, and it might be more important than the CPU. DAWs and VST plugins are more dependent on RAM than on CPU so having as much RAM as possible is a guarantee of a smooth working process.

RAM means Random Access Memory, and its main job is to run any program you want. RAM starts working when you open a browser, video, software, or anything else. The more RAM your PC has, the more software and other applications can be opened simultaneously.

And gaming PC or laptops come with RAMs from 8GB and more, and that’s perfect for music production. It means that you can use more plugins in your DAW, and it won’t slow down or crash. When you open a DAW and add plugins, it needs more RAM to run smoothly. Additionally, the more options you use, the more power it needs, and that’s why you need more RAM.

4GB of RAM can be enough for most recording software or VST plugins, but it’s the minimum. You will get a standard performance. If we take Pro Tools again as a test, the minimum requirement is 16GB of RAM, and 32GB is recommended. And only a gaming PC can have that much RAM.

Although you can work with only 8GB of RAM, more RAM will give you more freedom and better performance. Also, with more RAM, your PC will serve you without issues after 2-4 years.

If you don’t understand what impact a drive speed has on music production or anything, it’s very simple. A more drive speed means that the operating system or software will open much faster, and moving files from one directory to another will be faster too.

First of all, if you want your software or system to boot faster, forget about the old HDD because they are very slow, and it will be a nightmare to open heavy projects and plugins. Instead, it would help if you had SSD or NVMe drive on your computer.

Of course, there are price differences. HDD is the cheapest, and NVMe costs much more, but the performance is so better that it’s worth every cent.

Another advantage of a gaming PC or laptop is that it will last much longer than a regular PC. As a result, you won’t need to buy a new PC so often, although new parts are released almost every month.

Because gaming PC comes with a powerful CPU and RAM, the resources are enough to last multiple years. So if you buy a good gaming PC, it can last 5+ years and work without issues. And after that, it can be used for other things too.

But that’s not the only thing because all modern gaming PCs, especially high-end ones, are built with quality products. High quality and high performance add together, and not only does it last longer, but it will also maintain the power longer.

When you buy a good gaming PC, you are sure it will work for many years and won’t lose its power. And because it’s a gaming PC, it can be used not only for music production but for other applications. If you record and mix music, have a Youtube channel and love playing video games, you can use one computer for all of them. You can do anything with a gaming PC.

Although speed is the most important in drives, the amount of space is also essential because when you record songs, it saves all the tracks in WAV or similar, big file sizes. This is another big benefit of gaming PCs – they often come up with massive storage.

Also, all the applications, plugins, or other recording and mixing tools you install, require space on the drive. And if you don’t have enough space on your drive, you won’t be able to install every plugin you need.

Because SSD and NVMe cost more than HDD, you may not be able to buy high volume SSD and NVMe. But there is a solution to solve that problem.

You can install HDD and save files or finished projects there and use SSD or NVMe to install all applications and operating systems. This way, your application will still open faster and have enough space to save your files locally.

An alternative is to use a small volume SSD or NVMe and store your files on cloud storage like Dropbox, Google Drive, iCloud, and more. But you will have monthly fees, which can cost more than SSD and HDD combination. 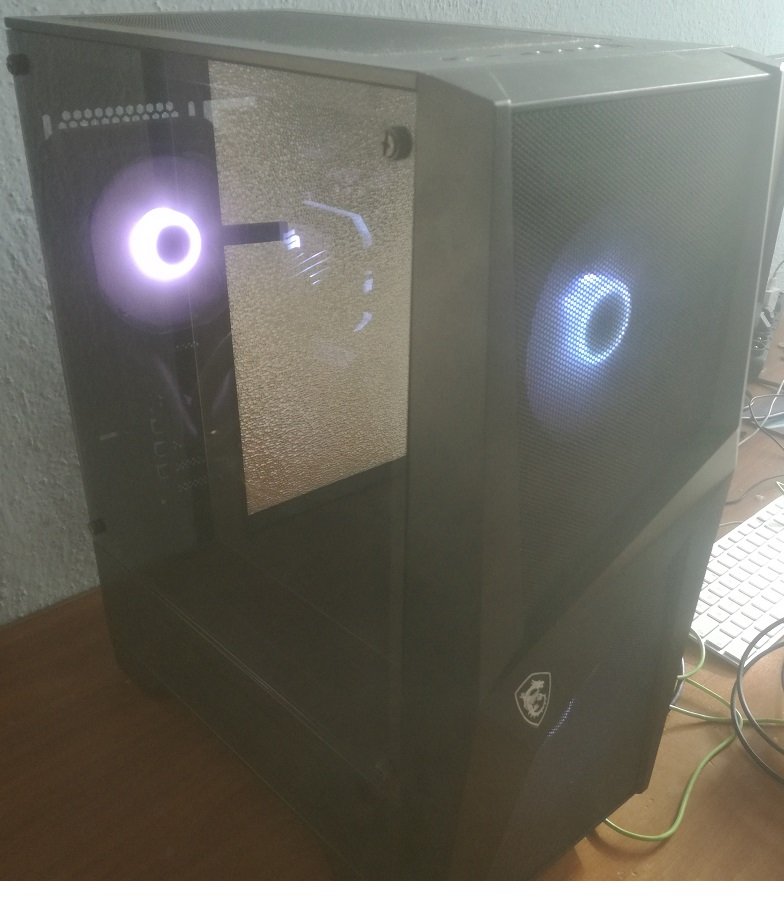 How To Optimize Gaming PCs for Music Production

Although gaming PCs are great for music production, they still need configuration to use their full power. Also, your digital audio workstation requires some setting tweaking to record and mix without any issues.

A very important thing to do when you have a new computer is to update all drivers to the latest version. And most PC parts have drivers such as CPU, GPU, sound card, and other applications.

Updates can be done easily from the official manufacturers, or you can find them on Google. Also, sometimes it’s necessary to update BIOS, and that can be a little tricky, so you need to find a guide on Youtube or Google.

Updates should be done before you install anything, so do it as soon as you install the operating system on your computer. This way, your PC will be up to date, and there will be less chance for issues or viruses.

Optimizing general PC or operating system settings is important for greater performance for mixing and recording. It’s not a very techie task to do, and everybody can do it, or you can Google it, and you will find the answer.

First of all, to improve your PC’s performance, you should switch the power option to high performance, which will help you to get the most power out of your computer.

Another way to make a PC more powerful you should disable background apps and Windows updates and turn off the firewall. Sometimes it doesn’t allow you to install specific plugins or amps, and it should be turned off.

For music production, you need to install low latency drivers, and the most popular is ASIO4ALL. It’s free and very easy to install and configure. Although you may have an expensive audio interface, ASIO4ALL is necessary because, without it, you will have latency which makes recording impossible.

However, some USB audio interfaces come with a built-in low latency driver, and you need to update the driver to the latest version. And if it doesn’t work, then install ASIO4ALL, and you will have no issues. ASIO4ALL is very easy to use, and you can tweak settings such as buffer, choose your main playback and recording device, etc.

VST plugins can be very resource-demanding, so using fewer plugins will use less CPU power, and recording and mixing will be much better. And you can use fewer plugins very easily. Instead of using the same plugin on every track, you can use bus tracks for that.

Let’s say you want to add a reverb plugin to your guitars, vocals, and drum tracks. That’s a lot of tracks, and if you put the same reverb on every track, you may have low performance.

To avoid that, create a separate bus track, put reverb on that, and then send all the tracks you want to have a reverb effect to that bus track. So, you can control the reverb for different tracks at the same time, and also, you will have a better-performing CPU.

Also, track freezing is a great option to lower power usage. Some DAWs like Ableton or Reaper have the option to freeze the tracks, which just freezes the track and turns off the plugins used on that track. This is a very useful option to avoid high CPU usage.

You know that gaming PCs are great for music production, recording, and mixing. And you understand why they are good. So if you are a gamer and you would want to transition from gaming to producing, first consider three main components – CPU, RAM, and Disk.

You won’t have any issues with software crashes, slow performance, or related, annoying problems from now on. Your working process will be faster and smoother. You will create more projects in less time without a headache, and we all know – time is money. You will have more revenue in less time.

Can You Produce Music On A Gaming PC? (Verdict and Build Tips)

How To Produce Music On An Old PC Effectively? (PC & DAW Tips)

If you want to learn more about DAWs, recording, and mixing, you can find tips and guides on Apartment Recording.