RAM (Random Access Memory) is one of the basic and essential parts of a computer system. A computing device such as a PC, a laptop, or even a smartphone cannot work without RAM. When the CPU (Central Processing Unit) executes an app, it stores it in the RAM first. Even though the operating systems need RAMs to run properly.

In this article, I will try to explain one of the most frequently asked questions about RAM’s degradation over time. Not only that, but I will also discuss the worsening performance of random access memory.

Does RAM Degrade Over Time?

RAMs are the computer hardware components that are constantly working just like all other components. This constant work and load degrades their their performance and lifespan over time. You can only protect RAMs from fast degradation by following precautionary measures.

There is a simple observation to make to test if your RAM has degraded or not. Simply, a degraded memory loses its performance. As a result, your computing device becomes slow and laggy. Another way to test for degradation is through benchmarking software, which can give you more precise information on your RAM performance.

RAM is where the CPU stores data when an app is executed. There are a few factors that contribute to RAM degradation. One of the main reasons is that the ICs in the RAM tend to wear out as time goes on.

It means that data may not be stored as securely as it was when the RAM was new, and this can lead to decreased performance. Additionally, over time software and apps may become more demanding, requiring more storage space and resources from the RAM. It can also lead to degraded performance over time.

While it’s inevitable that all electronic components degrade with age, there are steps you can take to help delay the process of RAM degradation. One thing you can do is regularly clear your RAM of unnecessary data.

You can also try using a lower quality or slower type of RAM if you don’t require top performance. And finally, keep your computer system cool – excessive heat can also speed up the degradation process of RAM.

How long does RAM usually last? 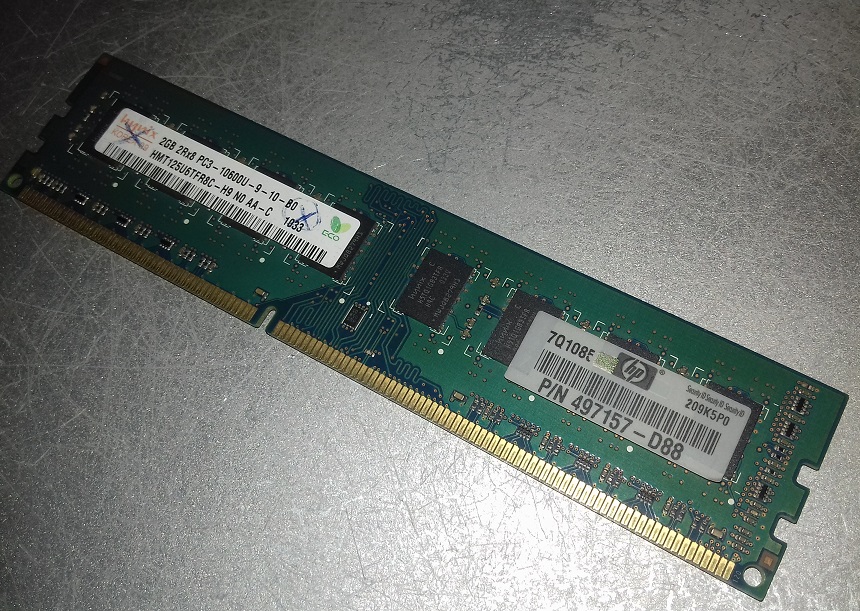 RAMs are one of the toughest hardware created for working as long as possible. It is said that if RAM is brand new, it will last more or less up to 8 years. Similarly, a used memory works properly for more or less 5 years. But it depends on the extent to which a RAM is used.

Signs Your RAM is Degrading

Overuse of RAM (random access memory) degrades it over time. A RAM might not last longer that is being used for high-end gaming, animation, rendering, game development, video editing, etc.

It is because the RAMs store data before and after processing and hold the addresses. As a result, random access memories degrade and lose their performance. I have mentioned some of the signs behind your degrading RAM:

Simply put, performance is the RAM speed for performing a task or completing a process. The faster the memory is, the higher the performance it has. Therefore, the first sign of a degrading RAM is that it will lose its performance, becoming slow and laggy. This sign requires you to change your RAM as soon as possible.

When RAM crashes, you see a blue screen known as the Blue Screen of Death (BSOD). It might contain messages like your operating system is collecting information about this memory failure, and there might be numbers changing and counting something. 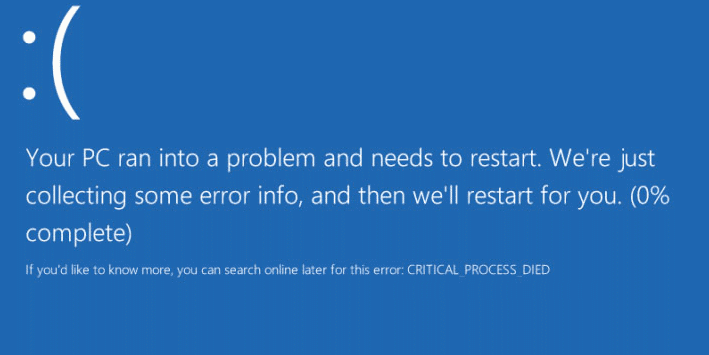 After that blue screen, your PC or laptop will restart after some time. Hence, the blue screen is a visible sign that demands you to change your random access memory that has not only degraded but has also failed entirely.

RAM is one of the most important hardware responsible for working other hardware such as CPU, SSD, video card, etc. So if you happen to see the errors like the video card failing to lead, then it is a valid sign that your RAM is degrading and failing.

If you press the combination of the Windows + Pause Break key, you can see how much RAM is installed on your PC or laptop. For example, if you have installed 3 RAMs of 4GB and it is displaying that only 8GB (2 RAMs) are installed, then you need to install all of your RAMs properly.

In the case mentioned above, one of your RAMs will be physically present on the motherboard, but it will be unusable until you fix it. This unusable RAM makes you feel that your computer memory has degraded and lost its performance.

How To Check Your RAM?

If you want to check how much RAM is installed in your computer, you can simply press the combination of the Windows + I key and go to the option “About” in the list. Here, you will see Installed RAM in the Device Specifications. 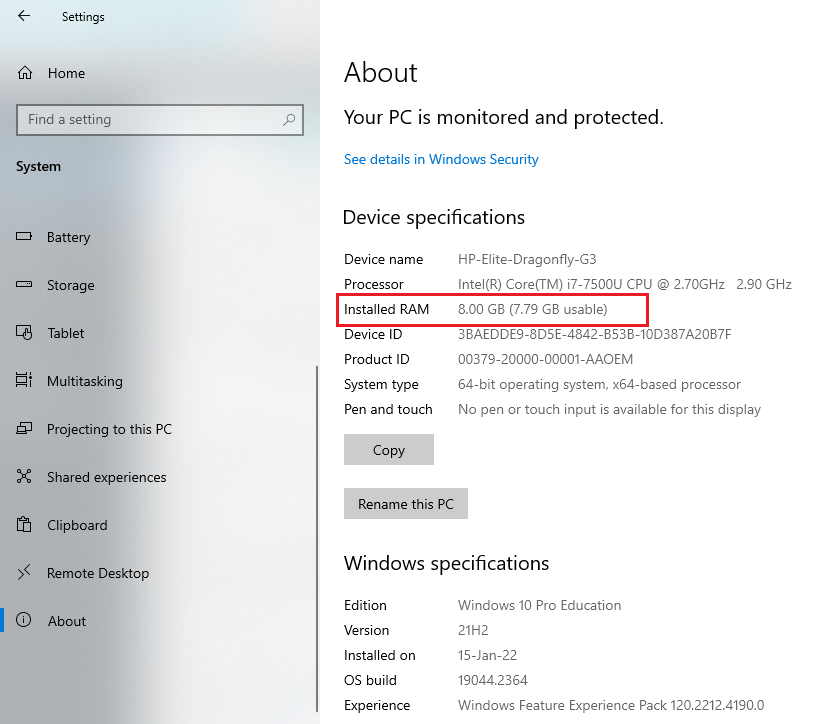 For testing a bad RAM module, Windows provides a tool named Windows Memory Diagnostic Tool. Open this tool from the start menu and select “Restart Now and Check for Problems.” A screen will appear pointing out the bad RAM installed on your PC or laptop.

How To Increase RAM’s Lifespan? (How To Avoid RAM Failure)

Every RAM works for a certain amount of time, and it fails to work after that. The more you overload and overuse a memory module, the sooner it will become out of order. You can avoid RAM failure by following some of my tips mentioned below:

Save Computer From Power Surge

Power surges are fatal for every hardware inside your computer system and even laptops. If you want to increase the lifespan of your RAM, then you must protect your device from power surges. A power surge is a high input voltage because of some fault in your AC source, generator, or UPS inverter. 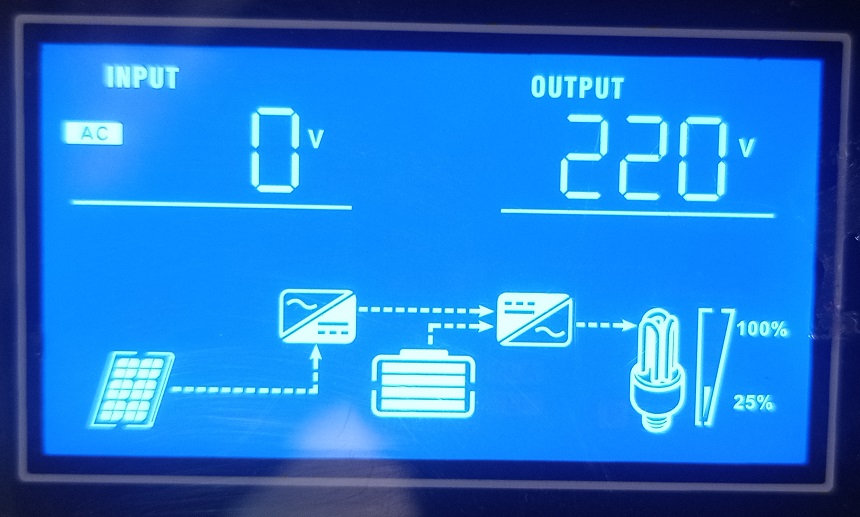 Surge protectors are electronic devices that shut down the system in case of any power surge. As a result, your precious hardware is safe from burning out. You can get surge protectors for placing in the main switches or get them installed in the extension board.

Temperature plays a very important role in the performance of RAM. Computer hardware produces high temperatures when working. As a result, it either loses its performance or burns out completely. Therefore, we need to maintain the internal temperature of your computer system or laptop.

To maintain the internal temperature of your laptop, first, get your laptop cleaned from the inside because the dust particles prevent the temperature from radiating in the air. Then try using the laptop cooler, especially when it is summer or you live in a hot country.

PC lovers can maintain the internal temperature of their computer system by replacing the old and slow fans with fast and beautiful ones. Dusting and cleaning are necessary here as well. Consider changing the thermal conductive paste under the heatsinks, as the expired paste can prevent the temperature from radiating in the air. 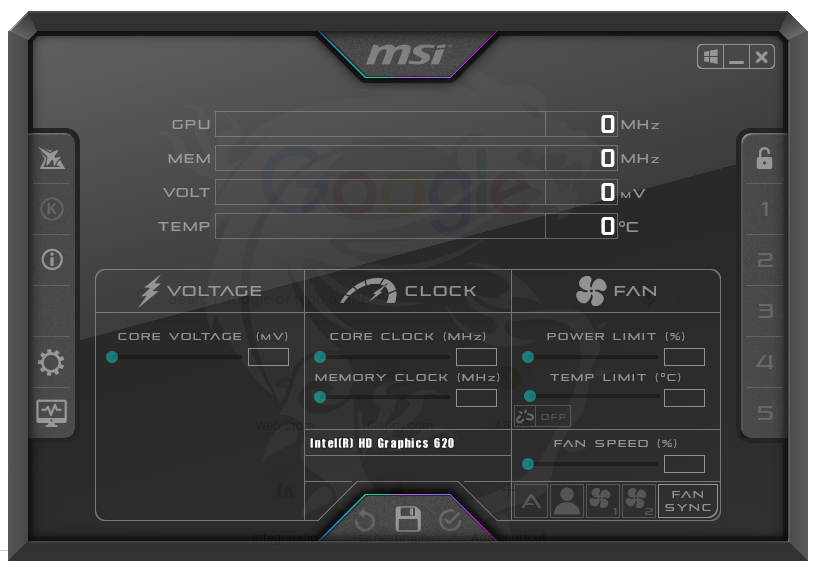 Keep It Away From Electromagnetic Devices

Most electric devices that run on AC (alternating current) keep radiating electromagnetic waves in the air or space. These EM waves affect the other electronic devices and their hardware. Therefore, if there is any electromagnetic device, such as a UPS inverter, AC power generator, transformer, etc, then keep it away from your computer system or PC.

Dust is a slow poison for your electronic devices, especially your laptop or computer system hardware. You must have seen the RAMs with heat sinks. It is because they radiate their heat in the air to keep themselves as cool as possible. Dust layers on a RAM’s heatsink stop the heat inside, causing the RAM to burn out.

These are some tips you can follow to keep your RAM working longer. In addition, make sure to clean your PC regularly, use a surge protector, and don’t overclock your RAM. Also, avoid placing electromagnetic devices close to your laptop or computer system. Following these steps will help ensure that your RAM works for a longer period.