Artists make great efforts in music videos; they dance, move, and many other physical performances and the singing part, so many artists tend to save their effort and lip sync instead of singing in music videos. However, singing requires a lot of concentration and effort; this could lead to poor performance, which is unsuitable for music videos.

Lip syncing is used by artists to ensure that they are putting all of their efforts into the physical performance rather than focusing on how they sound; as a result, you may see that famous artists are not singing in their music videos.

Lip syncing can also be used in live performances or shows to give the artist a break or to rest their voices; performing physical demands a lot of effort and concentration; if the artist is singing along with the physical performance, it will distract them and could lead to poor performance or losing the rhythm.

Lip syncing is used in music videos and television shows, and it’s considered acceptable for almost everyone because the artists need to be in multiple shots and takes; they don’t have to be in each shot; in addition, there is a lot of editing done later to the shots and takes. Therefore it is better than the artist’s lip syncs rather than singing; it makes the editing easier.

The artists in music videos and tv shows mimic their songs while performing; the dancing and performing in these cases are more demanded than the singing as the performance adds to the show’s quality and provides more entertainment. Lip syncing is also very popular on many platforms like TikTok and other tv shows like drag shows.

How To Tell if The Artist is Lip Syncing?

The artist will need to cut off at the same time the phrase ends, so they appear as if they were singing; you can watch the artists if they cut off as the phrase ends; if they are lip-syncing, usually they will cut off early or late.

When someone is singing, you will be able to see some vibration in their jaws, neck sides, trachea, or the larynx; you can also tell if the vibrations can be heard through their voice; when a person lip syncing, you will not see any of these signs because they are not using their voice; therefore, the vibrations generated by their vocal cords are not visible on them.

However, some artists don’t show any physical vibration or vibration in their voice while singing; therefore, you will determine whether the artist usually shows these signs when singing or not. If they don’t show these signs, you will not be able to tell if they are lip syncing or not using this method.

No Visible or Audible Breathing

The breathing is usually silent in good singing; however, if the artist has the mic close to his mouth or listens carefully, you can hear their breathing while singing; this can be noticed clearly in the quiet phrases. When the artist is singing, they will be breathing noticeably as the singing requires a lot of physical effort.

Therefore, if the artist is breathing casually, they don’t make any physical effort, so they are probably lip-syncing as they are not producing any sounds. However, this can differ when the artist is professional or very skilled; they train to make it look easy, and their body will not show any signs of not casual breathing.

The singing breathing is an active process, unlike the casual breathing, which is a passive process, which happens without any interference, so you should be able to tell if the artist is singing through their body or chest movement. 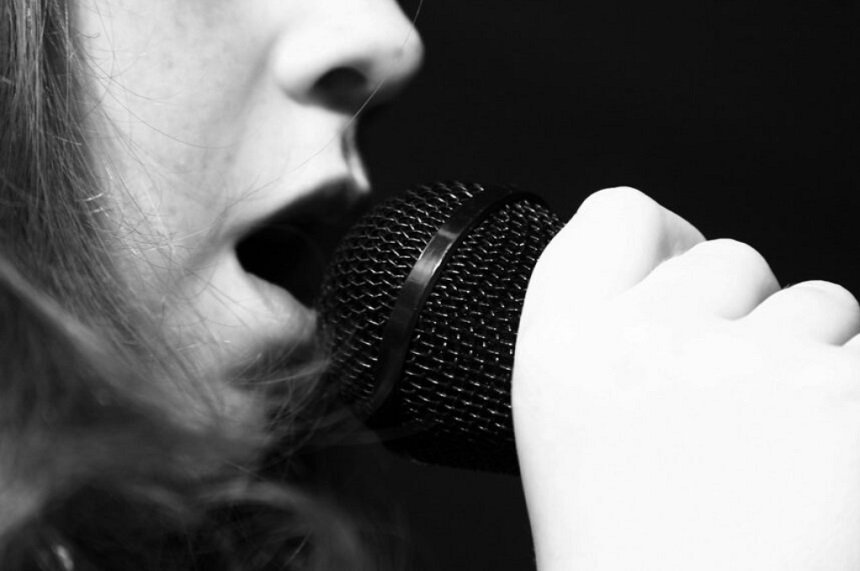 The Shape of the Mouth

No Rasps or Pitch Problmes

This can be a different point to use when trying to tell if the artist is lip syncing; when the artists are lip syncing, you will never hear them rasping or having a pitch problem because the sound you are listening to has been already edited in the studio and any pitch problem are removed. Therefore, if you want to know if the artist is lip-syncing or not, you should watch out for rasps.

Therefore, they tend to lip sync to save their effort and put all of their concentration into their physical performance. Lip-syncing is not used only in music videos; it can also be used in live performances and tv shows. This helps the artist focus on the performance rather than the singing, as the audience demands a greater performance than hearing the artist.