Want to know why your metal tone sounds better with just a pickup in your guitar? Today we’re going to talk about the advantages of a single-pickup guitar.

Let’s go back in time before we get started to see where this all started. The builders of the original electric guitars either couldn’t or wouldn’t have considered using more than one pickup. Looking at Rickenbacker’s steels or any lap steel from those formative years, you’ll see they all have single pickups.

That one pickup will be located close to the span of the river. This is where the steel’s body is the thinnest, which gives the resulting tone the most cut and top, and where the slide player has many areas to work.

Single-pickup instruments have always enchanted guitarists because of their affordability, versatility, and surprising individuality. Some guitarists argue that single-pickup guitars have a firmer tone, setting them apart, while others disagree.

Let’s look at the features of a single pickup guitar and why it sounds different from a regular guitar.

Contents show
1 What Is The Advantage Of Having One Pickup In The Guitar?
1.1 Pros
1.2 Cons
2 Why Do Single-Pickup Guitars Sound Different?
3 Conclusion

What Is The Advantage Of Having One Pickup In The Guitar?

The sound and resonance of a guitar with a single pickup are considered superior because fewer magnets act as pulls on the strings, dampening their vibration. Also, due to the lack of pickups, the bodies of these guitars can be made out of better wood, while the electronics can be kept to a minimum.

One element that identifies the most popular type of guitar in sales, the single pickup guitar, is its extreme simplicity. This may shock those who regularly consume media about such matters, yet it is representative of a large demographic.

However, only some have the luxury of a hundred different pickup combinations, coil splitting, tone controls, phase switches, piezo pickups, and everything else our wet little hearts desire. In addition, some people find unlimited tonal variations daunting, making the idea of a plug-and-play guitar exciting. However, just because they are essential doesn’t imply they can only produce one type of sound. 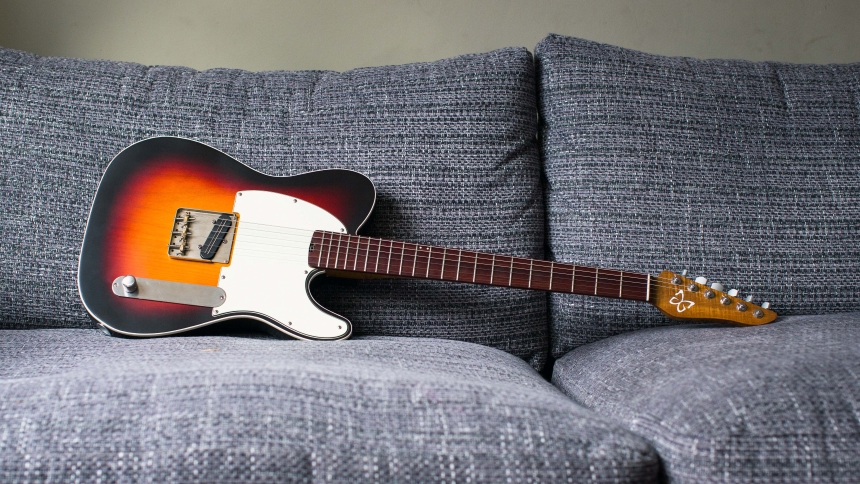 Why Do Single-Pickup Guitars Sound Different?

Many disagree on whether a guitar with one pickup produces a noticeably different sound. When attempting to understand these tonal variations, you must consider several aspects.

That they are substantial is beyond dispute. It’s not easy to pin down how many variables affect the sound or how the overall experience differs from that of a two-pickup guitar. Multiple studies are needed to investigate this, with care taken to maintain a scientific approach while accounting for confounding factors.

Everyone here agrees that the sexiest-looking guitars are those with a single pickup. In addition, several well-known performers in the past have opted to use pickups they didn’t require (EVH). The benefits of such a guitar, especially for a beginner, are numerous.

First, we’ve established that your fingers are the primary tone source, and this guitar is merely a tool to help you discover it. The needs of an instrumentalist are easily met by connecting the guitar to an amplifier and cranking up the volume. Finally, by eliminating the need to toggle between the volume and tone controls constantly, this guitar saves you time and reduces wear and tear on the electronics.

This article provided some clarity on the topic. If you play metal, you should consider purchasing one of these guitars because they are more affordable, capable, and adaptable than traditional instruments.