This article will discuss how loud you should record vocals and the tips & tricks to follow to get the best results!

When you record vocals, everything from the noise floor, choice of interface, sample rate, bit depth, DAW settings, and most importantly, the mic gain you set matters. So first, let’s understand the difference between gain and level. Both are used interchangeably and are terms for volume only, but the contexts in which they are used differ.

The meaning of the same terms changes during mixing. So essentially, the question you are asking is what should be the gain of the mic when you record vocals or at what level should your recorded vocals be? So now that we have a common vocabulary, let’s answer the main question of concern.

How loud should you record vocals?

The best practice is to record vocals at a loudness level between -12 dB and -20 dB, with -16 dB being the sweet spot, as this value minimizes the noise floor, pushes the distortion ceiling, allows you to have sufficient headroom for a dynamic, and powerful vocal performance, and also leaves optimal headroom for mixing and production.

Some engineers and vocal producers record at -12 dB, some at -18 dB, and so on. So there’s no set rule. However, there are plenty of other factors to consider when answering the question. So let’s discuss all those factors and the best tips and tricks for recording vocals. We will investigate why -12 to -20 dB is the appropriate level range for recorded vocals.

Bit Depth or bit rate is the amount of information measured in bits in each audio sample. For example, when you record vocals, the audio interface or the audio-to-digital converter converts the analog vocal signal from the microphone to binary data that the computer can read and understand.

During the process, there’s a step called quantization, in which the steps in the analog waveform are assigned some digital data, the size of which is determined by the bit rate. In simple words, bit depth means more resolution and more headroom for the audio.

Higher bit depth allows for better post-processing of the vocals, allowing more headroom and pushing the distortion ceiling. Hence, you can record audio louder with higher bit depth, as the audio won’t lose its quality when it’s distorted or processed at any step of audio production.

However, recording too loud may clip your audio. So, -12 to -20 decibels is a good range for recording vocals at a bit depth of 24-bit. 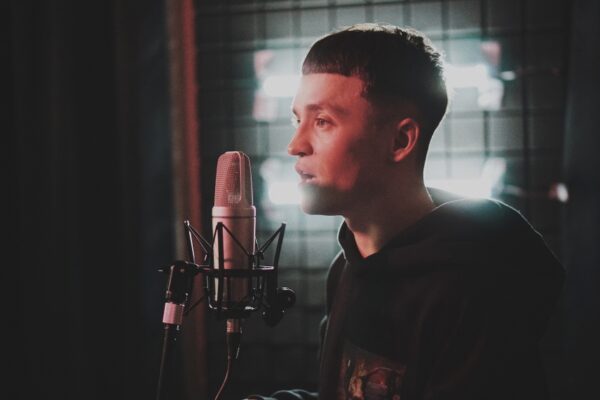 The sample rate is the number of audio samples or audio snapshots captured in one second of recording/processing the audio. For example, consider a camera capturing a visual event and taking pictures every second. The number of pictures taken every second are stitched together and converted to a video.

That is how the interface or the ADC takes the audio snapshots and converts the analog signal to a digital signal. So it’s like the audio equivalent of frame rate. So higher sample rate means the analog waveform is captured more frequently in one second.

That leads to more precise information, so the higher the sample rate, the better. However, there’s something called a Nyquist frequency, below which the audio cannot capture some frequencies precisely. Hence, the sample rate should be set at a minimum of 44.1 kHz.

As the human hearing range is limited to 20 kHz, a sample rate of anything above 40kHz is considered optimal. However, if a frequency can’t be heard doesn’t mean it does not exist. Higher sample rates ensure that the harmonic content is also processed well.

Higher sample rates will increase the chances of that quality not getting altered. So, while 48 kHz of sample rate is optimal, recording at 196 kHz or 98 kHz is also a good idea if your system allows it.

The noise floor is the decibel value of the audio recording when the sound source is silent. Essentially, it tells you how loud the room is. A higher noise floor (>40 dB) may ruin your recordings. It could be the sound of your room, traffic in your area, noise from the surroundings, computer noise, or anything.

So, the noise floor is important to manage. Increase the gain to detect the noise floor, but record at the lower gain and higher proximity if you need to do more about it. Lastly, note that for every extra 6 dB of the noise floor, the effective bit depth of the Analog-to-Digital Converter and Digital-to-Analog Converter reduces by 1 bit. Hence, noise floor also affects the audio resolution.

Dynamic range is the difference between the loudest and softest part of the audio signal. Headroom is the difference between the ceiling of digital distortion (0 dB) and the loudest part of the audio signal. A headroom of -12 to -20 dB is important for vocals. That is why recording vocals at the same range of gain is recommended.

Hot recordings or recordings with louder gain may make the audio distorted or deteriorate in quality in the process, and soft recordings may lead to noise floors not getting detected during the recording. So a gain ceiling of -12 dB also gives the vocalist the scope to improvise and change their dynamics in the middle of the performance without clipping the audio.

The audio interface or soundcard is the device that acts as an intermediary between the microphone and the computer and does amplification, audio-to-digital conversion, and digital-to-audio conversion. Hence, you can set the sample rate, bit depth, MIDI i/o, and audio gain.

Simply put, the audio interface determines the quality and resolution of your audio as much as your mic does. Some of the best audio interfaces are SSL 2+, Audient iD4 MkII, Focusrite Scarlett, UAD Apollo Twin, etc.

The choice of microphone greatly determines how good your recording is. Recording with a consider microphone with a cardioid polar pattern, and a sturdy build will improve your output by a huge extent. Plus, it makes a huge difference if your room is acoustically treated or if you use acoustic panels while recording.

Rode NTK, SM7B, AKG C414, and other great microphones for recording vocals. Secondly, the vocal position is also important. It’s a rule of thumb to keep a distance of six inches between the mic and the mouth. You can get closer to the mic for more bass and proximity or away from it for louder deliveries. 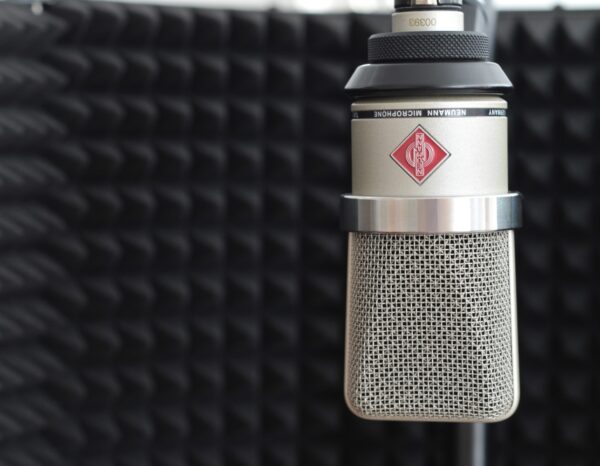 Also, keep the headphone’s volume loud enough that the performance is captured in its essence but not so loud that the track or metronome bleeds into the vocals. Lastly, a positive ambiance and a friendly environment will affect how the vocalist’s performance (singer, rapper, performer, etc.) is captured.

How loud should vocals be in a mix?

Note that the difference between true peak and LUFS ratings is between 12 and 14 dB in every case, which means that the dynamic range is more or less similar for all tracks. Secondly, for the vocal hitting a true peak of 0 dB, the LUFS rating of the vocals should be between -12 and -14 dB. So that’s how loud the vocals are in the mix.

Remember, there are no rules in music, and the metrics mentioned above are just observations from existing tracks. You can read the entire breakdown here. Now let’s talk about LUFS. LUFS stands for Loudness Unit Full Scale and is an alternative to decibels as a loudness measurement.

In decibels, when I observed my tracks (pop, hip-hop, EDM, R&B, etc.), the vocals were around -18 dB loud. However, loudness is a relative term. In a typical pop and hip-hop arrangement of 2022, vocals and drums are the loudest in the mix.

Vocals should be loud enough to cut through the mix and be clear & audible in every single sound system but not so loud that it masks the rest of the track and sounds separate from the mix. Any other choice of balance is a creative choice.

We have discussed the gain settings and the level balancing of vocals for recording and mixing. We have also discussed all the other factors, best practices, and everything you need to be mindful of while recording vocals. Of course, similar guidelines apply for any other instrument, but the post was written keeping only the vocals in mind.

One thing I want to talk about is USB Mic. Many options are available today, and a USB Mic is one of them. They have an analog-to-digital converter built into the mic circuitry only. And that is why they can’t deliver the same resolution as a condenser microphone connected to an audio interface.

An audio interface gives you more control and flexibility and has better resolution. However, many USB Mics available today are of decent quality and can be used to record vocals or podcasts. Lastly, when it comes to different genres and vocalists, you may also need to be careful about the gain settings you do.

For example, female soprano voices are not as loud, so the range and pitching of the vocalist also determine how you set the microphone gain. Lastly, if you have a good performance captured, that matters most, even if the technicals aren’t quite met. Vocalists like Bono of U2 and John Lennon preferred recording on an SM57 and SM58, respectively.

All that matters, in the end, is that the recording is clean and the performance is captured. Hope the article was of help. Thank you for reading.