This article discusses whether we can use a DAW without an audio interface. This topic is discussed from the point of view of a music producer and audio engineer who has produced, recorded, and mixed-mastered songs at par with the industry standards, without using an audio interface for years.

Finally, we will look into how we can record, monitor, and mix-master audio by connecting our monitors or headphones directly to the computer without passing the audio through an interface.

After reading this article, you will understand the know-how about the audio interface and whether it is appropriate for your workflow or not. Read this article till the end, as in the end, I reveal whether you should be using an audio interface or not. Let’s dive right in.

Can you use DAW without an audio interface?

Hence, it acts as a mediator between the mic/line input and the computer and enables us to record vocals, instruments, drums, etc.

Lastly, an audio interface is used for monitoring the audio. The audio signal has to travel from the DAW or computer into studio monitors or headphones from where we listen to the audio.

The audio interface acts as an intermediatory between both by converting digital or binary signals from the DAW or computer to analog signals that are understandable and comprehensible by human ears. Now that we know the primary jobs of an audio interface, let’s understand how we can use a DAW without an audio interface. 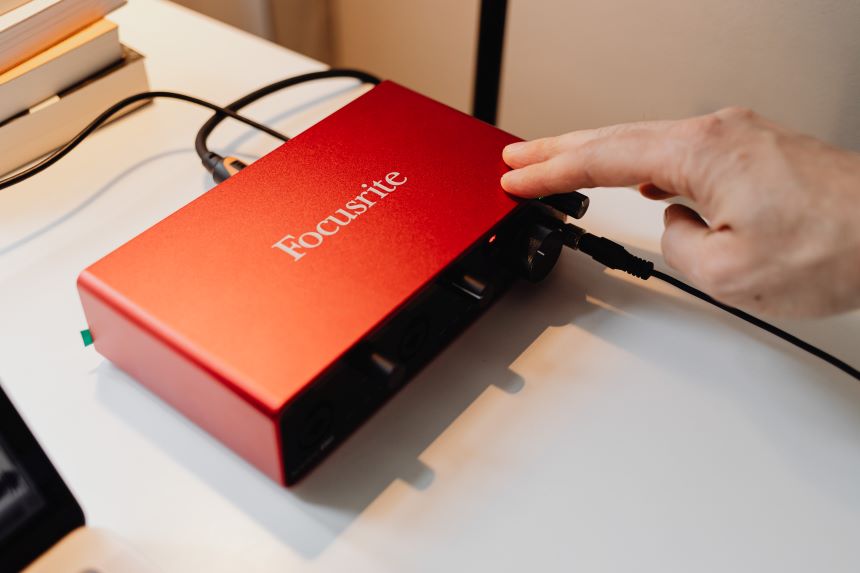 Can you record without an audio interface?

How to record without an audio interface?

As we have read above, an audio interface, for recording primarily does analog to digital conversion. Usually, we connect the microphone to the audio interface, which is further connected to the computer, and record these signals from the microphone or line input into the daw. However, there’s an alternative method to it: USB Mic.

You can plug this mic into your laptop and PC using a USB port, select the input as the USB mic in your computer settings and DAW, and finally, record the signal into the DAW. A USB mic is especially used by many podcasters, YouTubers, filmmakers, influencers, etc.

A midi instrument can be plugged in directly to the computer using a MIDI cable, and we can select the input from MIDI preferences in the DAW. You can further record notes, their velocities, automation, and other musical information by playing from your MIDI device and recording its MIDI data.

How to monitor audio without an audio interface? 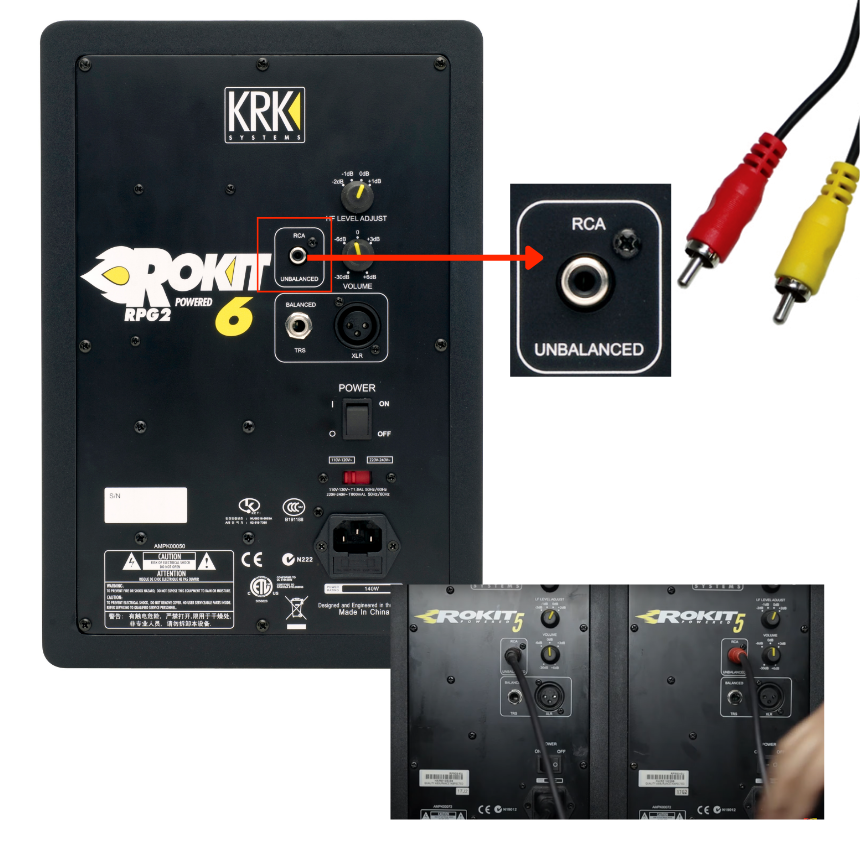 You can find a cable with two mono RCA inputs (left and right) on one end and a stereo 3.5mm(1/8″) male minijack as its output on the other end. One of the two mono RCA cable inputs will go into the left monitor, and the other will go into the right monitor. Further, we will connect the output end of this cable to the computer.

Alternatively, you can find two mono RCA cables and connect them to a Y Cable. A Y cable has three ends. One end is a stereo 3.5mm (1/8″) male minijack which acts as the output and can be connected to the computer. The other two ends are right and left female mono inputs in which we can connect the RCA(phono) male plugs.

Hence, we can connect the studio monitors to our computer using the following flow of connection: Monitors > RCA Cables > Y Cable > Computer. The output signal will travel in the following signal flow: DAW/Computer Output > Y Cable > RCA Cables > Monitors. Alternatively, we could also use an RCA to 3.5 mm converter (two mono inputs, one stereo output), which serves the same purpose as a Y Cable.

There’s a possibility that our monitors do not have an unbalanced RCA output. In that case, we can use an XLR male to RCA male converter. Another option to monitor audio without using an interface is Bluetooth monitoring.

Lastly, there’s always an option to monitor your production and mixes using headphones. Many renowned and experienced audio engineers and music producers work with headphones when they don’t have access to their monitor speakers and produce industry-standard outputs with this practice.

Limitations of using DAW without an audio interface

The second drawback of using a DAW without an audio interface is that you cannot do multi-track recordings. For example, you need a minimum of three mics to mic a drum kit.

Hence, a drum kit can only be recorded using an interface with more than three input channels. Similarly, we cannot do any recording involving more than one input channel on a single USB mic.

Lastly, recording with an audio interface and XLR cables gives more resolution and quality to your recordings. Many USB mics have lower bit depth and sample rate limitations.

XLR cables used in audio interfaces for carrying electrical signals are better information carriers and can deliver more power and resolution. XLR cables are also balanced and cancel any interference or noise that the signal carries. On the other hand, RCA cables are unbalanced. 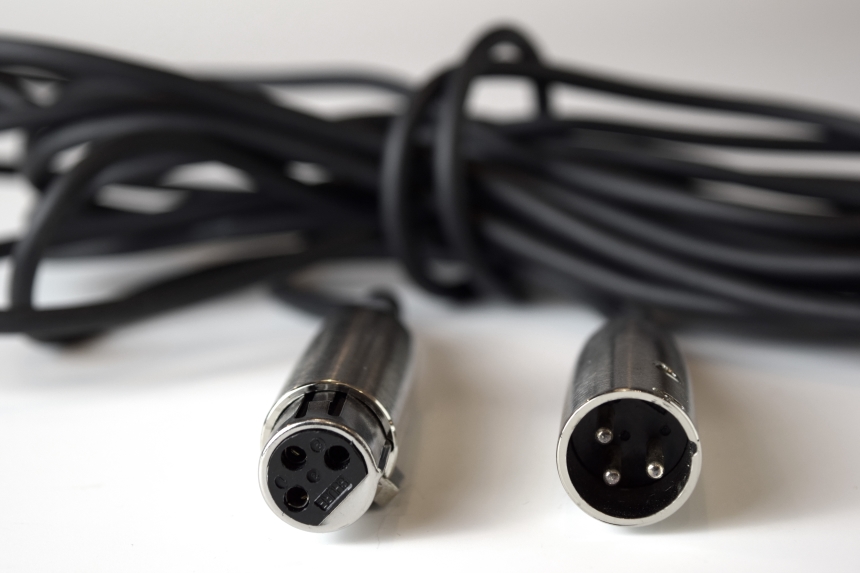 Unbalanced cables are more prone to picking up hums from a nearby television or audio system. This inconsistency of RCA cables may also result in distortion of the audio signal. Also, if mishandled, RCA cables may damage the port of your CPU or computer. Again, this is because of the powerful audio signal these cables carry.

The interface has a pre-amp by which we can strengthen the audio signal and drive up the volume of the output in the headphones. Unfortunately, we cannot do the same on a computer as the computer’s built-in sound card may not have sufficient power to give loud enough audio signals as outputs.

This problem of softer levels is especially troublesome after you have gain staged your tracks.

Another major downside to mixing and producing sounds on only headphones is that headphones don’t give the best idea about stereo imaging. When we play audio in a stereo speaker set, there’s crosstalk between left and right speakers, which doesn’t happen on headphones. Hence, we cannot rely on headphones to set the mix’s stereo image.

Headphones are great for audio production and mixing when the room is not acoustically treated. However, working for long hours with headphones results in fatigue of the ears and loss of our dynamic sensitivity. Hence, it could get tiring and inconvenient working with headphones.

Also, headphones do not have an effective bass response due to the seal between the earcups and ears. Hence, headphones aren’t as effective for mixing low frequencies.

Further, headphones are usually colored and are not as transparent as monitors in frequency response. 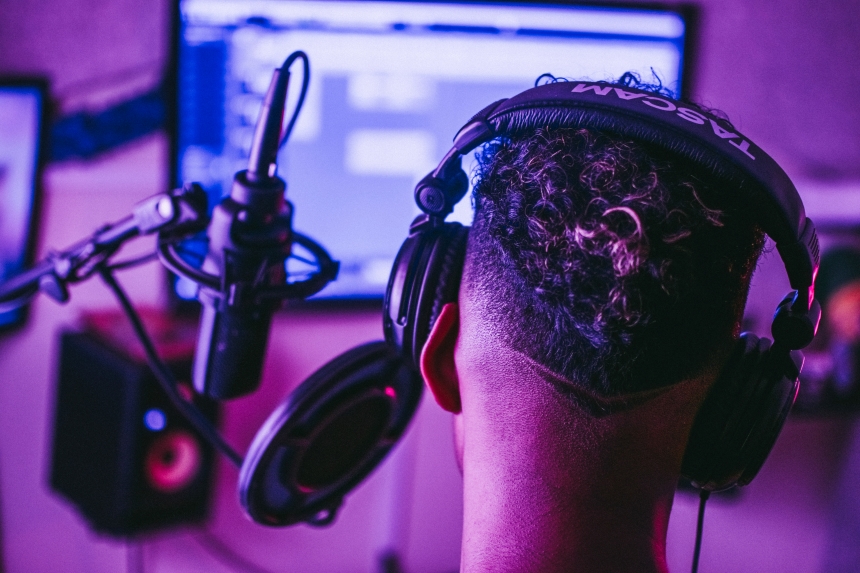 We have read so far that it is possible to produce compelling work on a DAW without using an interface. However, upgrading your equipment and adding a good audio interface and cables into your arsenal will drive your productivity and open your audio world to broader applications.