Understanding the main differences between USB, FireWire, and Thunderbolt is incredibly important for transitioning into and molding in with the modern, computer-based world.

USB, FireWire, and Thunderbolt are the three main choices that audio professionals have when it comes to linking up our gear. Their main difference is the transfer speed.

The main difference is that Thunderbolt is the fastest of the three, with higher data transferring rates. FireWire and USB are a bit slower than Thunderbolt, though these connections are far more standardized compared to Thunderbolt.

Of course, the question becomes, do differences in speed make a difference in terms of functionality? Let’s dig in a bit more and find out!

The difference is that FireWire can handle far more data compared to USB, especially when it comes to handling information in the audio and video realm.

FireWire and USB are the same in that they are both technologies that are used to connect interfaces and other audio devices to computers for data transfer. FireWire is otherwise known as IEEE 1394, while USB is an acronym for “Universal Serial Bus.”

With that said, USB wins in the number of devices that it can manage, which is up to 127! FireWire, on the other hand, can only handle up to 63 devices at once.

The similarities between them lie in the fact that they are both “plug and play” devices. Essentially, you can plug your USB 2.0 or FireWire connection directly into your computer while it is running, and your computer will recognize it instantly! For more information check this post.

Is The USB Audio Interface Better Than FireWire?

FireWire, in general, supports a much higher bandwidth when compared to USB 2.0. This means that you can send data much faster, resulting in the ability to make use of a greater number of inputs and outputs. Overall, FireWire creates better stability and performance for those who are using interfaces with a high number of input and output channels.

You can also daisy-chain FireWire devices, meaning multiple FireWire devices that are part of the same family may be connected into a singular unit for an even higher number of inputs and outputs.

On the other side of things, USB 2.0 devices can be used on just about any computer, as almost every modern computer comes with at least one USB port. Modern computers typically do not come with built-in FireWire ports unless you pay extra to upgrade them. It is worth noting that some computers cannot be upgraded for FireWire support. This includes those that do not come with PCMCIA, Cardbus, or an ExpressCard Slot.

USB devices usually come at a lower price point compared to FireWire devices too, which makes them a bit more desirable to value shoppers.

So to answer the question of which is better, if you are in search of speed and high input or output connection, go with FireWire. If you are looking for value and universality, we recommend USB.

Check this article from Presonus to see which is right for you.

The fundamentals of USB and Thunderbolt are the same. The difference lies in the technical aspects of the two, and more specifically, how fast your work can get done.

When you use a Thunderbolt interface, you are essentially working exponentially faster than you would be with USB 2.0, giving you the ability to track your recordings live with super speed, all while using software plug-ins, including EQs, compressors, effects, and more.

However, if you need to get into details, check this post from Howtogeek.

The pros and cons are the same as FireWire and USB. USB is still a more universal option and far more budget-friendly compared to Thunderbolt, though Thunderbolt is shaping up to be the gold standard for home recording.

At this point, if you are looking to invest in audio equipment for future use, you would be much better off investing in a Thunderbolt interface.

The main difference between a FireWire and Thunderbolt interface is, you guessed it, speed.

If you look at larger studios these days, FireWire is still a more popular choice. This is due to the fact that it was made specifically for audio and video applications and is already integrated into larger rigs.

However, that does not mean that FireWire is a better choice by any means. If you have a simple set up in a small or home studio, we would recommend going with a Thunderbolt interface, as the data transfer is incredibly fast, and the connection is very simple.

Why Use a USB Audio Interface?

USB audio interfaces are great for those who are on a budget or for those who are running mobile studios. USB is still one of the most universal connection applications, and you can find a USB port on just about any modern computer.

Why Use FireWire Audio Interface?

FireWire supports high bandwidth, has the ability to daisy chain several devices, and streams data in both directions simultaneously for more stable synchronization. If you are working with more complicated setups and you require a large number of inputs and outputs, FireWire is the way to go.

Why Use Thunderbolt Audio Interface?

Thunderbolt is starting to become a very popular choice for semi-pro and pro interfaces thanks to the fact that it is one of the fastest devices for data transfer around.

For more information on this subject, check this article from Dawsons that will explain it to you further this with  details.

Is a Thunderbolt Audio Interface Worth It For a Small Home Studio?

Absolutely! As we said, many semi-pro devices offer Thunderbolt connections now. If you are just starting in the world of recording, a USB interface might do you just fine, though if you are looking for seriously low latency and a clean connection, go with a Thunderbolt interface.

We promise you will not regret it!

The new versions of USB 3.0 and Thunderbolt are much faster than FireWire, which is a lot of what is currently leading FireWire to its demise.

At one time, FireWire was at the top of the food chain. It was the standard for audio and video connection. Unfortunately, a lot of that has changed in recent years.

FireWire is certainly not a protocol for connection anymore, though there are still studios all around the world that utilize FireWire devices for audio and video needs.

While it used to be the most expensive option around, it is easier than ever to find FireWire cables for a fraction of the price of Thunderbolt cables.

It’s almost impossible to say which of these three is the “best,” as they all have their pros and cons. What is important is that you consider the bottom line of each when you purchase a new interface.

We hope that you have a better understanding of the differences between USB, FireWire, and Thunderbolt. If you have any other questions regarding these connections or the interfaces that use them, make sure to let us know in the comments! 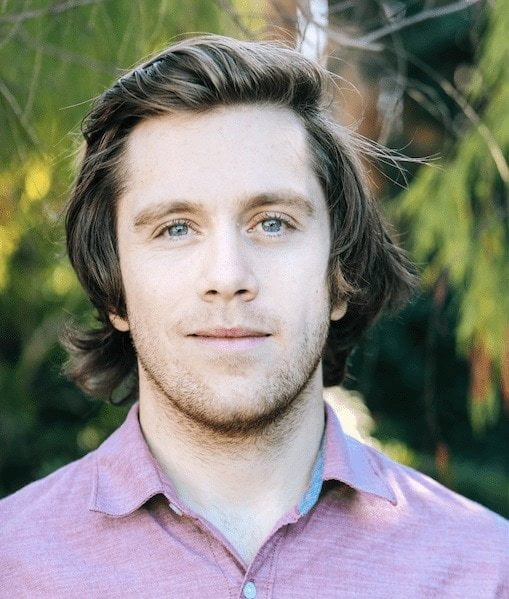