SSDs and HDDs are both storage devices that are an essential part of your computer system. SSDs are the latest and more reliable data storage devices as they don’t consist of platters or heads like HDDs and have less chance of data loss due to mechanical failure. But do SSDs use more or less power than HDDs?

The power source for both devices is your computer’s power supply and both devices. But there are two types of SSDs and HDDs. In this detailed article, we will find out the truth behind the power consumption theory of both devices. So, without further ado, let’s get into the topic.

Contents show
1 Do SSDs Use More Or Less Power Than HDD?
2 How Much Power Do HDD and SSD use?
3 Why Do SSD Use Less Power?
4 Why Does HDD Use More Power?
5 Does SSD Increase Battery Life?
6 Does HDD Shorten Battery Life?
7 What is the Future of SSDs?
8 Conclusion

Do SSDs Use More Or Less Power Than HDD?

SSDs are memory storage with no moving parts and therefore require less power than HDDs. So it is because the only power needed for an SSD to operate is for the controller chip and other electronics that manage data access and manipulation.

In comparison, SSDs have many other incredible features that make them more efficient and powerful than HDDs. Here are a few notable features:

Hard disk drives (HDDs) have platters that are the memory storage disks and have a head that reads and writes the data on these platters. Once you give the command to your computer system, the platter comes into action and starts the process.

There are two types of HDDs. One is the SATA SSDs, and the second is the M.2 SSDs. M.2 SSDs are placed directly onboard and are smaller in size compared to SATA SSDs. In addition, M.2 SSDs support specific motherboards having M.2 slots in them. All the latest motherboards have M.2 slots.

M.2 NVMe SSDs are faster than SATA SSDs. It is because of their direct connection to the motherboard and advanced chipsets. While SATA SSDs are notably faster than HDDs as they have chipsets instead of physical platters.

HDDs also have two types one is the SATA, and the second one is the IDE (Integrated Drive Electronics). IDE is an old type and is not supported on any latest motherboards. While the SATA is still in use, most motherboards have more than 2 SATA ports.

SATA HDDs are faster and more energy efficient than IDE hard drives. It is because they have fewer platters with more capacity than the old IDE hard drives. Moreover, they have an advanced chipset that helps in improved performance.

How Much Power Do HDD and SSD use?

SSDs are smaller than HDDs, with no moving parts, and have only chipsets. Both types of SSDs consume less power than HDDs. SATA SSDs draw more power than M.2 SSDs as their power source is your PC’s Power supply and also requires an external data cable to transfer data, making it slower than M.2 SSDs. 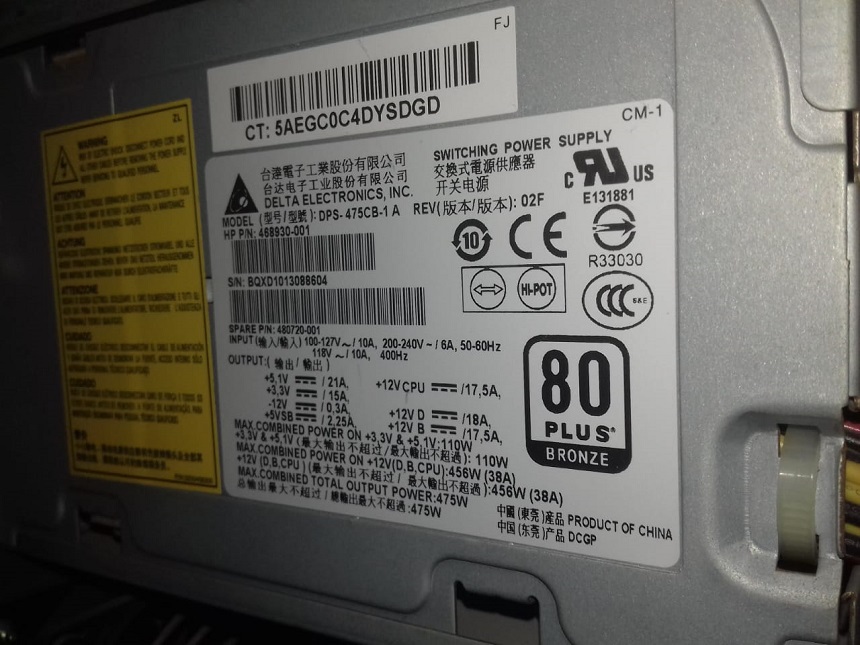 HDDs have physical components that move mechanically in order to access the data stored on them, so they consume more power than SSDs. On the other hand, SATA HDDs are faster and more energy efficient than IDE hard drives as they have fewer platters with more capacity than the old IDE hard drives.

But in general comparison, SSDs consume less power than HDDs. In the table below, we have collected authentic information about how much power all HDDs and SSDs consume.

This comparison table clearly shows the difference in power consumption between the HDD and SSD. That is why HDDs require a huge power supply if you want to use them with other hardware like graphics and sound cards.

Why Do SSD Use Less Power?

SSDs do require power to run. Therefore, both SSDs require a certain amount of power wattage to run properly. However, unlike HDDs, they do not require any mechanical components to move to access data stored on them. That is why SSDs consume less power than HDDs.

In addition to that, SSDs are also more efficient and faster than HDDs. However, as mentioned earlier, SATA SSDs draw more power than M.2 SSDs and require an external data cable to transfer data, making it slower than M.2 SSDs. 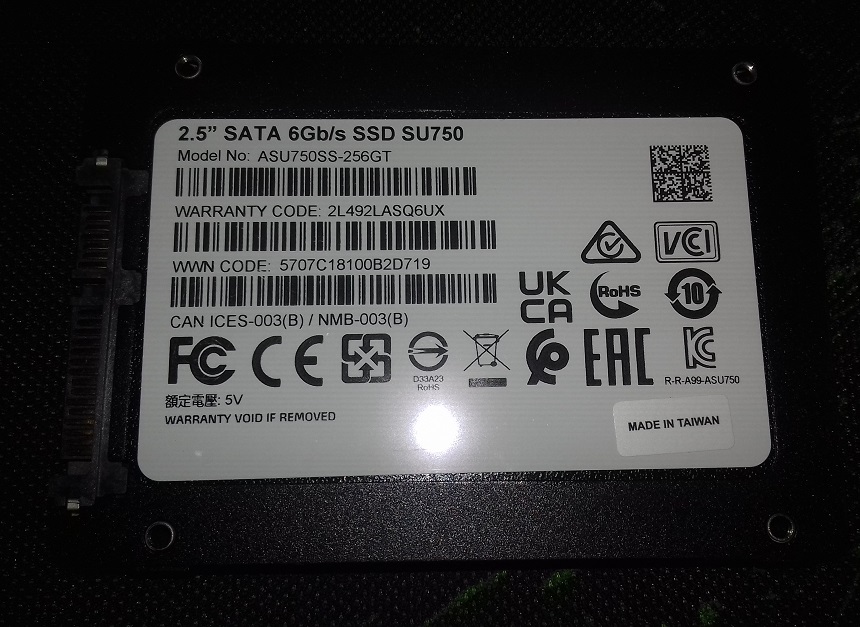 Moreover, SSDs are way smaller than HDDs and have fewer components compared to HDDs. These components are only attached to a PCB, the sole power source and data transfer. It reduces the power supply and also stabilizes the power of each component.

Due to constant and stable power requirements, it doesn’t draw any extra power from your system. While in HDD, headers and platters have rotating motors that require power according to their function. That is why HDDs require more power to perform functions than SSDs.

Why Does HDD Use More Power?

As HDDs have mechanical components to access the data stored on them, it requires more power than SSDs. The internal motors and other parts are responsible for this increased power consumption. Also, in IDE hard drives, each platter has a separate motor contributing to higher power usage. 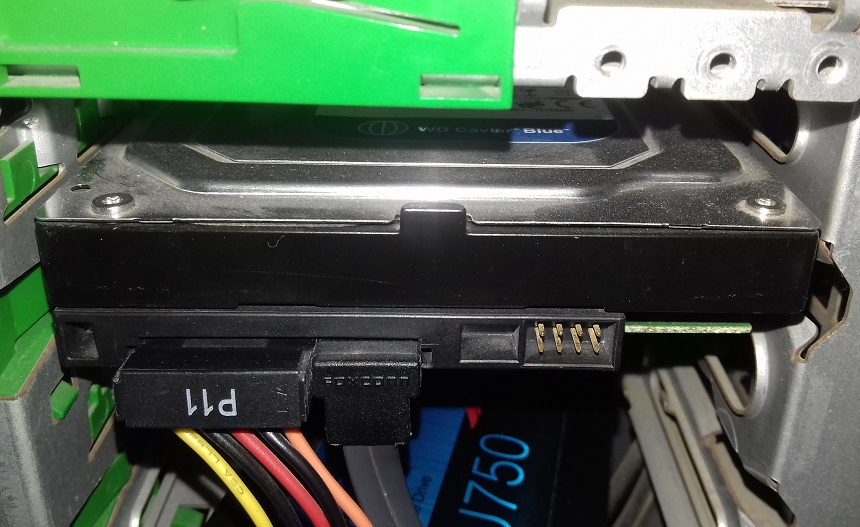 Moreover, their bulky size also increases the energy demand. SATA HDDs are more power efficient than IDE hard drives as they have fewer platters with more capacity than the old IDE hard drives. But still, it can’t beat the energy efficiency of SSDs.

SSDs require less voltage and wattage to run. That is why SSDs are considered the best storage devices for your laptops. SSDs increase not only the overall performance of your laptop but also increase battery life.

Power consumption of HDDs increases with usages like reading and writing. That is why they use more battery power than SSDs. The second most common reason is the physical parts in the HDDs. These physical parts, header, platter, and motors, use power to work, while SSDs don’t have such parts in them.

SSDs are way faster than HDDs and also use less power. That is why they are considered the best option for your laptops and desktops. So, if you want improved performance with longer battery life, SSDs are the best choice. They also require less maintenance as no physical parts can wear out over time.

HDDs are larger and heavier than SSDs, due to the spinning disks and motors required to function. These extra components can cause increased stress on the battery and shorten its lifespan. HDDs can also generate more heat than SSDs, which can shorten the battery’s lifespan.

As HDDs require more power to operate, they can drain the battery faster. Overall, SSDs are more energy-efficient and use less power than HDDs. It makes them a better laptop option, as they can increase battery life and performance.

However, if you are looking for more storage capacity, then HDD may be a better option. In that case, it is important to ensure that the laptop has a good cooling system in order to prevent any damage caused by the extra heat.

Overall, SSDs use less power than HDDs and are more energy-efficient for laptops and desktops. It not only reduces your electricity bill but also increases battery life. So if you are looking for better performance and longer battery life, then using an SSD is the way to go.

What is the Future of SSDs?

The future of SSDs looks bright as technology continues to advance. Currently, the market is dominated by NAND flash-based SSDs, but new memory technologies are on the rise. It includes 3D NAND and newer storage architectures such as NVMe that offer faster data transfer rates and increased storage capacity.

Overall, SSDs are becoming more popular as they offer faster performance and better reliability than their HDD counterparts. In addition, as new technologies become available, storage devices with even greater capacities and speeds will be available to consumers at reduced costs.  It will make SSDs an even more attractive option for those who need the best performance while using less power.

Additionally, with the increasing demand for more energy-efficient devices, SSDs will become even more popular as they use less power than HDDs and last longer. It makes them a great option for laptops, tablets, and other portable devices that rely on batteries for their power source. As such, SSDs will likely continue to gain popularity over the years.

To conclude, HDDs use more power than SSDs due to the presence of physical components and moving parts that require power for operation. While SSDs are much smaller and have fewer components, they draw much less power from your system. As such, SSDs are a more energy-efficient option for laptops and desktops.