Laptops are becoming widely used computing devices not only because of their portability but also for their universality. Modern laptops can be used for different purposes, such as gaming, video editing and exporting, image rendering, word processing, teaching, learning, etc.

Can Overclocking Damage the Laptop?

Overclocking refers to the increase in the base frequency of CPU, GPU, or RAM. The company already defines the working frequency of each hardware. But overclocking crosses the maximum frequency limit. As a result, it damages your laptop or some of its hardware that fails to bear the higher frequencies.

Moreover, there are different steps involved in overclocking. Overclocking requires a proper setup, which requires more power than the laptop can provide. External cooling systems and liquid nitrogen provide this additional power. These methods increase the efficiency of your laptop but, at the same time, can damage it as well.

Overclocking in laptops is not common because the laptop’s cooling system is usually not good enough to handle the increased heat generated due to overclocking. Moreover, most laptops don’t have BIOS settings that allow you to overclock.

Specific laptops like Alienware and MSI have BIOS settings that allow you to overclock their hardware. However, it is still not recommended by the company as overclocking can damage the laptop drastically.

Will Overclocking Damage My GPU or CPU?

The GPU and CPU inside a laptop are very small, and laptops are not meant to perform high-end tasks like gaming, rendering, or video editing. However, some companies have introduced gaming laptops without proper measures, and even those laptops crash when performing high-end tasks. 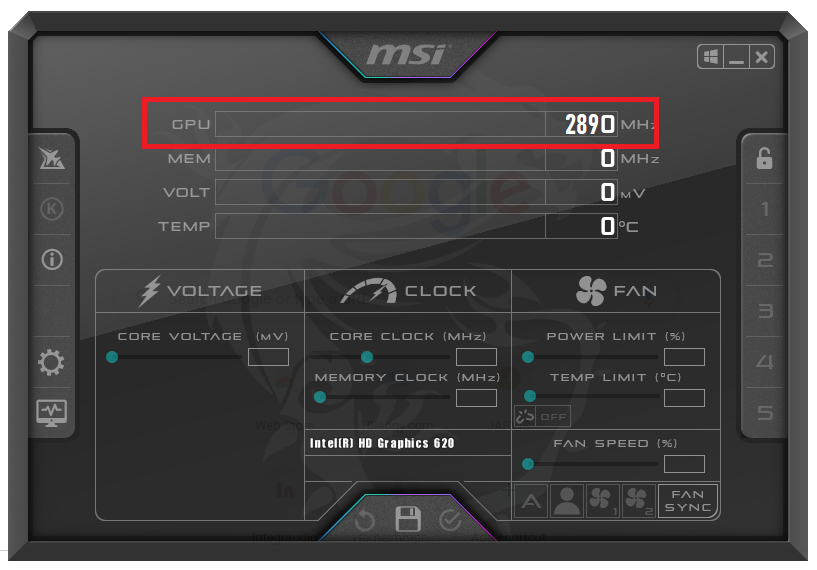 Overclocking increases the stress on your laptop and the temperature of your laptop to a much more extent. In this case, if your laptop does not have a cooler or is being used continuously for high-end tasks without pauses, it will damage its GPU and CPU.

When your laptop’s GPU becomes out of order, it will show you some signs or errors. But a damaged CPU may keep working. It is because we are using multi-core central processing units nowadays, and some of their cores burn out when some are still working. So it makes the CPU slow most of the time, but it often burns out.

RAM is considered one of the most robust hardware in a laptop or a personal computer. The true definition of overclocking states that it is a phenomenon when you use your hardware more than its specs defined during its manufacturing. 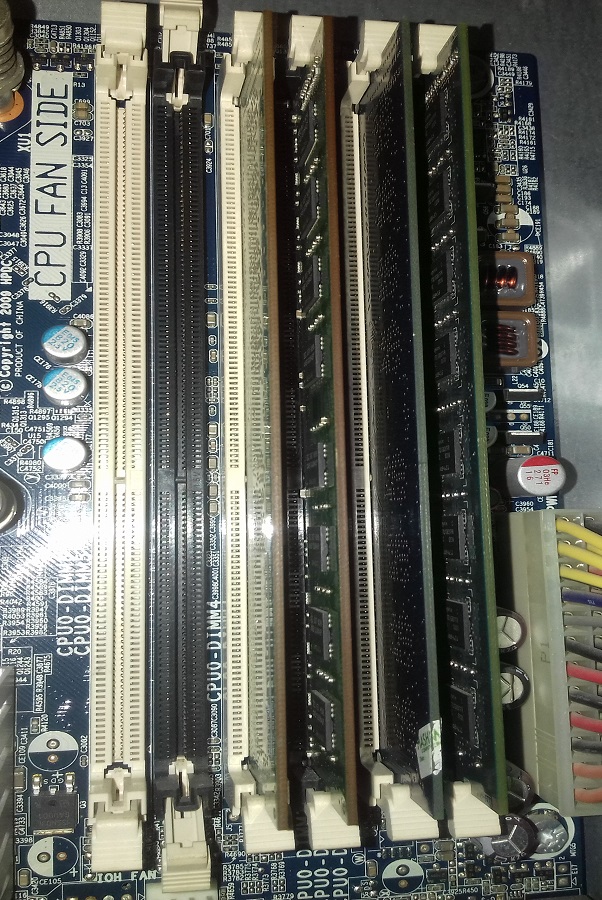 Overclocking not only produces high temperatures in the RAM ICs of a laptop, but it also makes it exhausted. The space inside a laptop is so narrow that the heat generated during overclocking does not radiate in the air properly, especially when the laptop is placed in your lap or on a clothed surface. As a result, the RAM gets damaged.

Every modern laptop is built to work properly for more or less 5 years if and only if handled and cared for properly. But overuse and overclocking put your laptop in a restless position. It is a shortcoming of most electronic products that their components start to degrade with time and overuse.

It is a fact that overclocking shortens the Laptop’s GPU lifespan. The laptop GPU is not built for high-end tasks, and overclocking increases the temperature of the GPU. As a result, its internal material degrades due to high temperatures, and your operating system starts to show errors. Hence, the GPU burns out one day.

Overclocking is nothing but a burden on a laptop’s CPU. It seems like it has increased the processing speed of your laptop, and it is true. But, the overclocked CPU produces high temperatures that burn its cores one by one, making your laptop’s CPU life short. Because of overclocking, you lose your laptop in the end. 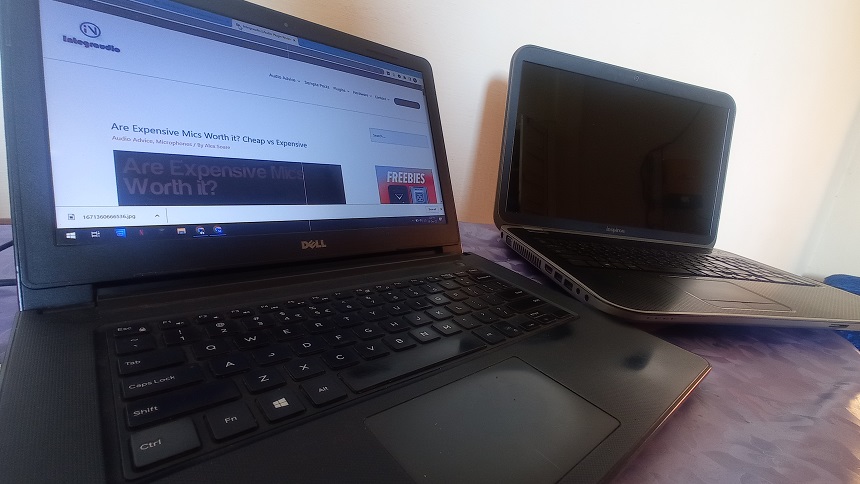 CPU are delegate components and requires specific temperature to work properly. When you overclock your laptop, it produces high temperatures that burn its material and exhausts its life span.

What Damages Laptop When Overclocking?

It is a proven fact that overclocking damages your laptop. I will share with you the factors that harm your device during overclocking.

The first and foremost product of CPU and GPU overclocking is high temperatures. Laptops have narrow casings and small fans to dissipate heat in the air. Unfortunately, when the heat cannot radiate in the air, it accumulates inside your laptop, making its internal temperatures worse.

Overclocking increases the frequency of your hardware, such as CPU, GPU, and RAM. The manufacturers have already defined the maximum frequency limit for their hardware, while overclocking crosses the threshold of a hardware’s default specs.

Every laptop hardware is built to work normally when stable. Unfortunately, overclocking increases the frequency more than the specified and expected. As a result, the laptop hardware becomes unstable and starts to malfunction with their predefined tasks.

When you put your laptop’s hardware on overclock, the voltage and current play an important role. If the latter two are unstable, then overclocking will also be unstable. The UPS inverters, generators, and other AC power sources can be blamed for that.

Can You Overclock Any Laptop?

No, you cannot overclock any laptop. Most manufacturers lock their hardware so you cannot increase the predefined frequency of their CPU, GPU, or RAMs. It not only protects the reliability and quality of a brand, but it also increases the lifespan of your laptop. On the other hand, overclocking destroys your laptop hardware. 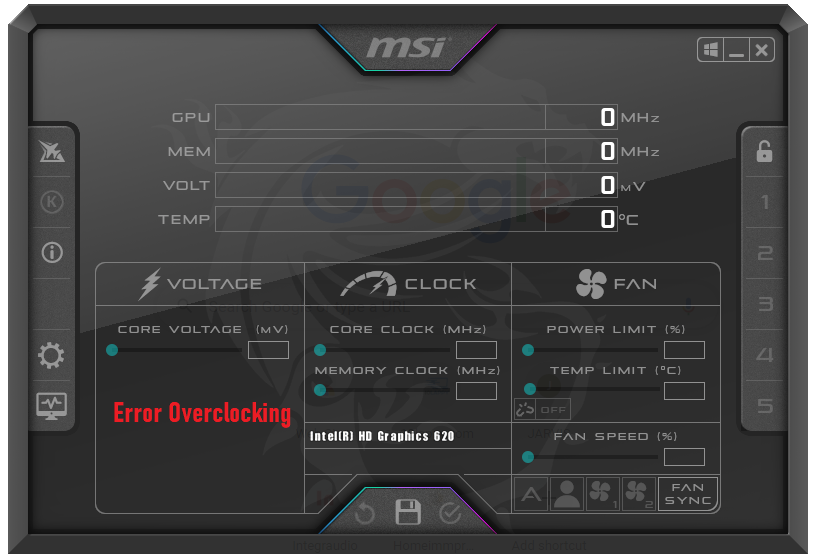 There are specific gaming high-end laptops that allows the GPU and CPU overclocking. But they also don’t allow the RAM overclocking as laptops have small form factor motherboard.

What Are the Pros and Cons of Overclocking a Laptop?

The RAM overclocking increases the RAM speed, resulting in the data, instructions, and results after processing being stored quickly in RAM. On the other hand, RAM is not built for working on higher frequency but the one that its manufacturers define. As a result of overclocking, it burns out suddenly without any warning.

CPU manufacturers define a frequency range on which a processor can work properly. Overclocking increases a CPU’s frequency, and it performs tasks faster than the usual speed. But soon, it becomes fatigued, stressed, and overheated, burning out one or more of its cores or itself for good.

Overclocking is not good for your laptop and its hardware. Laptops are built to work on the predefined frequency set by their manufacturers. Any overclocking increases the temperature of a laptop’s CPU, GPU, and RAMs beyond the threshold limit, resulting in malfunctioning or burning out.