This article will discuss if headphones are better for mixing and mastering or monitors.

Mixing is the process in audio production after your arrangement and recording have been made, you have edited/comped all files, and the production of the music piece or the song is final. Mixing ensures that everything sounds good together, no two elements fight with each other, and gets the tracks ready for market consumption.

The next step after mixing is mastering, which is the final nail in the coffin, and gets the song/piece ready for distribution and ensures that it sounds industry standard and of good quality on every means of consumption, from radio, television, streaming apps, YouTube or wherever it is meant to be consumed.

Hence, the devices you should be mixing and mastering vary with different purposes. For example, a podcast is meant to be consumed primarily on streaming apps and YouTube and is heard on most phone speakers, earphones, television speakers, Bluetooth speakers, etc. Hence the mastering for the podcast will be done accordingly.

When it comes to songs, streaming apps, festivals, DJ speakers, earphones, etc., are the biggest means of consumption. And for that, mixing on headphones v/s monitors is a debatable topic.

While it depends on various factors like the room in which you’re mixing, the ears of the mixing engineer, etc., finally, the song has to sound good and well-mixed. So we will try to answer the question as precisely as possible and explain the answer in-depth.

Studio Headphones vs Monitors: Which Are The Best For Mixing & Mastering?

Studio monitors in an acoustically treated room are a better alternative to mixing-mastering, as they give you a better idea about how the sound from left and right speakers interact with each other in space, as the biggest challenge to mixing on headphones is phase cancellation.

Firstly, the studio monitors must be good, transparent, and true and should have a natural & organic sound that translates well to every device. Since not every monitor can be perfectly translated to the outside world, it’s also important to reference the mix with other songs and listen to it on as many devices as possible.

Secondly, the room should not have any color and has to be well-treated. We will explore what that truly means in a while. So let’s dive right into comparing monitors and headphones so that you can decide based on your needs and also see some tips and tricks you could use while mixing. 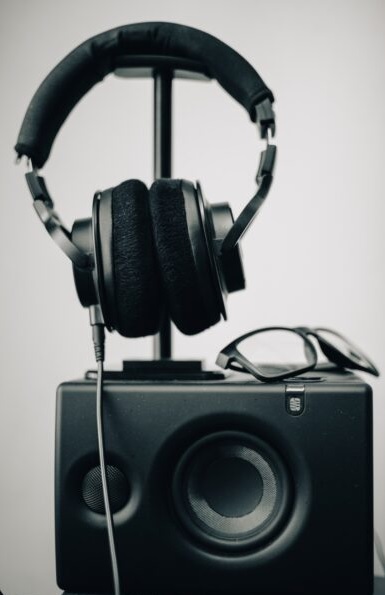 Stereo imaging refers to the perceived location of the sound in all three dimensions of space and is often colored by how the left and right channels react to each other in space. It could be the difference between a good and a bad mix, as professional mixes sound wide and deep compared to amateur mixes.

You can use a correlation meter to find out phase differences, and a great tip is to mix in mono. When you mix in mono, you balance the frequency of all elements in the arrangement in the same channel. Whereas mixing in stereo and panning fighting elements to separate channels gives you a false perception of space that doesn’t exist.

When you use stereo studio monitors to sort out the stereo image of the mix, you also have to remember that the sound interacts with your room as well, as the room walls and elements can absorb, reflect, and diffuse sounds to color your sound. So having an acoustically treated room ensures that the room interacts with the sound so that sound coloration is kept to a minimum.

An argument for this is that a normal listener barely consumes music on huge speakers. They either use earphones/headphones, Bluetooth speakers, or car speakers. If a mix sounds good on that, it’s fine! It’s a valid argument, and a mix that sounds good on those devices can be achieved by mixing with headphones; however, that may compromise the quality of your song for shows, clubs, and events with big speakers. 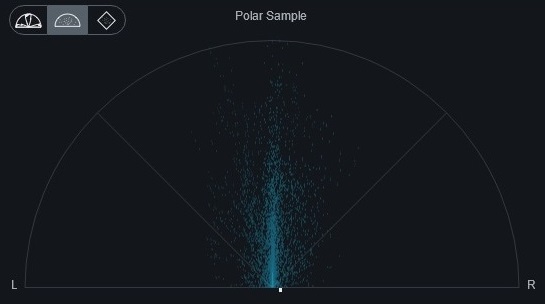 Headphones give a more intimate listening experience, allowing you to catch details you would not have found while mixing on monitors or speakers. Hence, audio detail is better captured and monitored in headphones. So headphones are better for cleaning audio, suppressing noise, sometimes level balancing, etc.

However, headphones may have a lower output in terms of volume if you have connected them directly to your machine. So I recommend using an audio interface or a soundcard that can boost the audio levels so you can listen to every detail on headphones.

Since headphones are so intimate and direct, it can get tiring listening to headphones all day. In addition, your perception may be compromised after long hours of mixing on headphones. On the other hand, monitors kept at optimal levels aren’t as tiring and cause lesser ear fatigue.

Unless your room/studio is sound-proofed or you live in an isolated space by yourself, neighbors, roommates, family, etc., get disturbed and complain about noise when you mix on monitors, as they are loud and audible to everyone. On the other hand, headphones can only be heard by you and do not cause noise pollution in the environment around you.

Studio monitors also require more space. For example, even for five-inch monitors, you need to have a sizeable room, which has to be treated well. Monitors also consume more power and electricity, which is questionable regarding the environment.

Lastly, monitors are not portable, and that’s a problem if you’re a traveling musician, producer, sound engineer, or DJ. However, on the other hand, headphones are highly portable. So whether you’re on a flight, on a road trip, or anywhere in the world, all you need to do is plug the headphones into your laptop. 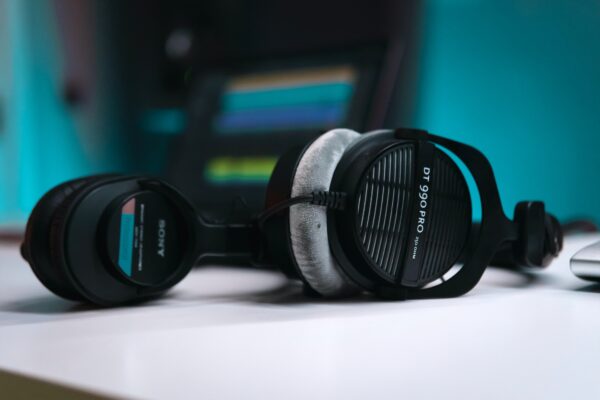 Monitors are way more expensive than headphones. You can buy a pair of headphones for a price lesser than a low-decent price range of studio monitors. Great headphones like Beyerdynamic DT 770 Pro, durable, sturdy, and transparent, cost about $150. Similarly, Audio Technica M50x and M40x are great quality studio headphones that cost $100-150.

These are high-end devices, but studio headphones’ starting range is $50. On the other hand, a three-inch monitor pair start at about $150. A decent quality Yamaha HS5 monitor pair costs about $400. In addition, you also need to bear the cost of getting your room treated by installing bass traps, acoustic panels, rock wool panels, etc.

Here are some tips & tricks

If you’re someone who has to stick to headphones for some reason, whether it is because of budget constraints or if you’re traveling, Pro Audio software companies have taken note of your problem and have brought forth a solution. Some apps simulate the monitor cross-talk artificially on your headphones using an algorithm.

Software like CanOpener Studio by GoodHertz, Sonarwork’s Reference, Waves NX, and more correct the EQ curve of your output and apply EQ correctness, room stimulator, stereo cross-talk, etc., and they even emulate studio rooms. For example, Waves NX has a preset of the legendary Abby Roads Studio’s control room.

Technology is still evolving and improving every day, and with time I am optimistic that it will mature up to a level to give you real space-like results so you aren’t limited by your means.

Open-back headphones are another solution to the problem, as they allow air to pass through the ear cups from the rear view of the speaker driver. That allows more organic and transparent sound, as the low-frequency build-up and resonances stay under control. However, that also allows background noise to intervene and makes them less isolated compared to closed-back headphones.

They also leak sound outside the headphones and are also more fragile. However, they are great for mixing mastering and critical listening if you’re in a quiet space, as they are clearer and more true.

Any space and its elements can interact with sound by absorbing or reflecting it. Reflection becomes a problem as the space reflects each frequency disproportionately and causes some frequencies to build up, resulting in resonances. That causes problems in the corner of the room, especially at the low end, as low frequencies tend to travel the farthest.

Acoustic panels are made out of rock wool or glass wool, which are materials that are great for absorbing sound, even low frequencies. You must have seen big panels installed into the walls of studios. Those are sound absorbers, built out of Rockwool or glass wool, that absorb frequencies and hence cut out the reflections of a room by a large amount.

However, absorption is not the complete solution, as that may cause the room to be dead. If there are no reflections, the room loses its brightness and dulls the monitoring experience. Hence, it’s a good idea also to install diffusers. Diffusors are made up of many small reflectors installed together in a single panel to reflect sounds randomly at different angles.

Note that the room you’re mixing in is just as important as the monitors you’re mixing on. A room could be the difference between a good and a bad mix. 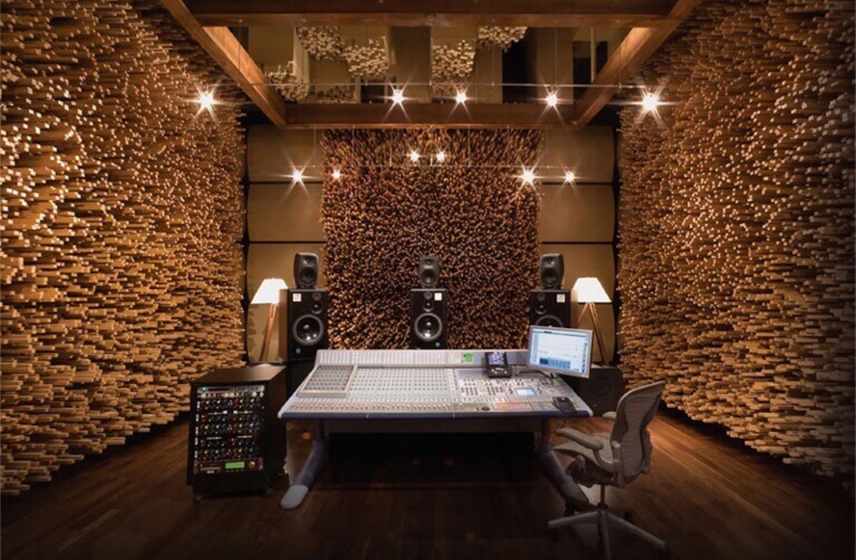 Context is everything when you’re producing, mixing, or mastering audio. Of course, your mix can sound different on different devices, but the point is that it has to sound the way you intend it to sound on every device. And you can only test on so many devices, but it’s important to test the mix on as many devices as possible to take the average response of all the devices.

You should test the mix on monitors, headphones, Bluetooth speakers, car speakers, earphones, phone speakers, etc. However, depending on which device your content is most likely consumed, you have to optimize your mix for that device. For example, a podcast has to be optimized for earphones and phone speakers.

That also depends on the genre. For example, a hip-hop record has to sound good on car speakers, Bluetooth speakers, earphones, etc. Lastly, always reference your songs with other songs in the same genre to get an industry-standard mix because you can only trust your perception to a certain extent.

With the ever-evolving technology, it may be possible that we get more accessible tools to mix-master songs in headphones or on conservative studio setups. Over time, music-making has become more accessible; hopefully, this shift will also happen.

However, I know engineers with great ears and years of experience who can create a great-quality mix and master headphones without going to the studio. So there are no rules to how you can do things. In this time and age, it is possible to produce chartbuster records at home with just a laptop and a pair of headphones.

However, studio monitors are still the better alternative for all the reasons we discussed in the article. Hope the post was of help. Thank you for reading.