All of us have heard the clichés. Music is the medicine of the mind, the language of the soul, and the essence of life. Our belief in these platitudes has lifted them to the status of universal truths. Yet only a few ask this critical question for fear of being called silly: can music help someone with Alzheimer’s?

Research has shown that people with Alzheimer’s disease can get emotional and behavioral benefits by listening to music or singing songs. One study has been able to establish that music does treat the memory deficit problem in patients with Alzheimer’s.

That’s not all. Music can help Alzheimer’s patients in other ways too. And regardless of whether the disease is still at an early or an advanced stage. Read to know what those benefits are and how you could use music to help a loved one with Alzheimer’s.

How Can Music Help Someone With Alzheimer’s?

Music can help someone with Alzheimer’s by “outfoxing” the pathophysiology of the disease, in the words of famous neurologist Oliver Sacks. That means it helps the patients by using those brain pathways that the AD is yet to damage. Here’s what this point means.

In the brain of a healthy individual, music activates six pathways:

It is the episodic memory network that Alzheimer’s targets in patients. Music, on the other hand, activates the same network. It does that by triggering the emotions associated with that music. This, in turn, brings back the memories that are usually attached to those emotions.

Autobiographical memory is related to emotions and memories associated with a past event in our lives (e.g., hearing the music that played at your graduation). Various studies have been able to connect the dots between listening to music and an improvement in autobiographical memory.

Take, for instance, the 2011 study carried out by El Haj and colleagues. It established that patients with mild AD were able to recall more autobiographical details when they listened to music than those who listened to no music at all.

That is to say that when Alzheimer’s patients listen to music, they’re more likely to recall positive memories from their past. That’s a massive finding once you consider the uplifting effect positive memories can have on our mood and daily lives.

Most of us already know that listening to upbeat music has a positive effect on our mood and brings down our stress levels. We are also aware of the connection between stress and depression. What we don’t know, however, is how stress-induced depression can cause Alzheimer’s.

Fortunately for our understanding, researchers from the University of Wisconsin School of Medicine and Public Health have connected the dots between stress, depression and Alzheimer. They evaluated the medical histories of more than 1,300 individuals and had them go through cognitive tests.

Researchers found that for every stressful event, the brain of the study’s participants aged by 1.5 years, excluding African Americans whose brain aged by 4 years. The results are hugely concerning because aging is one of the biggest risk factors for Alzheimer’s disease.

Yet another way stress can contribute to the onset of Alzheimer’s disease is depression, which experts believe is another risk factor for Alzheimer’s and similar forms of the illness. Music, therefore, keeps stress at bay to minimize the likelihood of Alzheimer’s in later life.

One study has been able to unearth a link between consistently high anxiety levels and an elevated risk of Alzheimer’s in the elderly. The five-year study, carried out by researchers at Boston’s Brigham and Women’s Hospital, followed 250+ adults with the ages between 62 and 90.

Each of the subjects was cognitively normal at the start of the study. All underwent a positron emission tomography, or PET, scan to identify the levels of beta-amyloid in their brains. Beta-amyloid is a protein that blocks signals sent to the brain and its higher levels point to an elevated risk of Alzheimer’s.

Throughout the next half-decade, each of the subjects underwent tests that recorded their anxiety levels. Researchers found that those who showed more symptoms of anxiety had higher amounts of beta-amyloid in their brains, which means that you shouldn’t take your anxiety lightly.

That’s precisely what you can do by listening to soothing music every day. Multiple studies have proven beyond doubt that music does reduce anxiety, mainly by reducing the production of stress hormones (e.g., cortisol and adrenaline), that our body releases when we’re feeling anxious.

People with Alzheimer’s may become aggressive or agitated as their disease gets worse. They might get restless or worried for no visible reason at all. No matter how hard their loved ones or caregivers may try, they may not seem to be able to get calm.

Music can calm such individuals, especially passive music which researchers have found elicits repressed feelings that helps calm an agitated individual. Music that meets the preference of the patient also has a beneficial effect on agitation in Alzheimer’s. Here’s why.

Researchers have argued that familiar music, which the patient listened to before they contracted the disease, might bring back positive emotional memories. It might also remind them of the time before the disease’s outbreak and help them look ahead towards a time when they’d be out of the hospital. 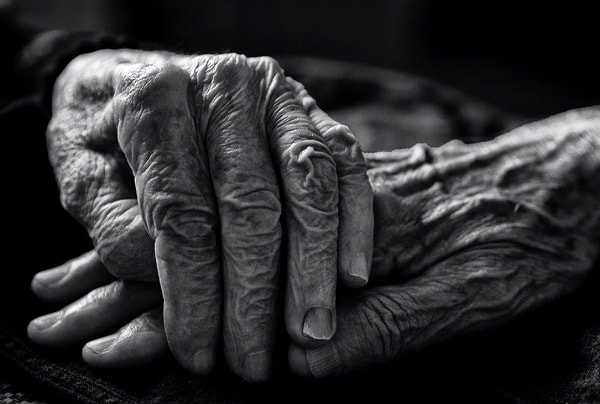 How to Use Music to Help Someone with Alzheimer’s?

Here’s how you can use the power of music to help someone with Alzheimer’s:

Can Wearing Headphones Cause Hair Loss?

Can Headphones Cause Hearing Loss?

Can Headphones or Earphones Cause Deafness Or Toothache?

Do Headphones Or Earphones Damage Your Brain?

Side Effects Of Sleeping With Headphones On

What are the Risk Factors for Alzheimer’s Disease?

Here are the most common risk factors for Alzheimer’s: 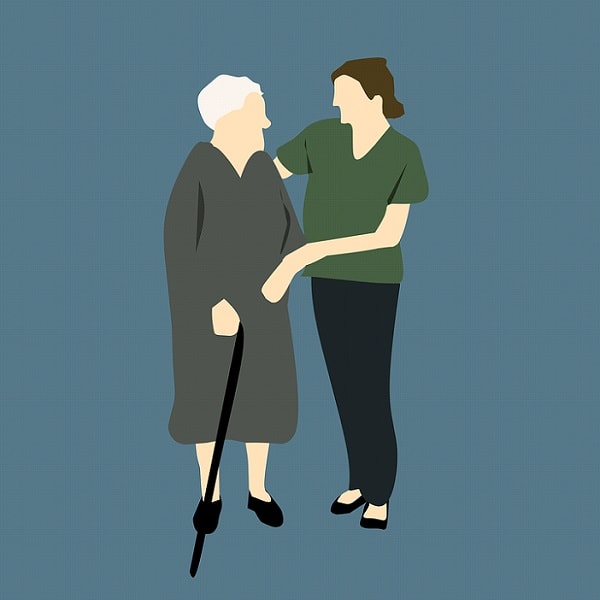 What Are The Symptoms of Alzheimer’s Disease?

Here are the most common symptoms of Alzheimer’s:

People with this disease:

People with the disease:

People with the disease:

Music Helps Bring Back Memories in Elders with Dementia

Research has proven beyond doubt that music can really help someone with Alzheimer’s. Listening to their favorite tracks might help them recall memories related to the music. It might also relieve stress, reduce their anxiety levels and reduce agitation.

However, not all types of music might have these effects. Only those that meet the preferences of your loved one with Alzheimer’s might provide them with the benefits mentioned above. You’d thus do well to make your loved one’s preferences in mind while playing tracks for them.