Do many people ask if they can use stock DAW Plugins in other DAW. Could this be possible? We will talk about this topic today.

The audio-editing community has changed its workflow from analog to digital. That transition opened new horizons to the engineers willing to find out how much more efficient they could become. Plugins have become the primary tool in the studio, with thousands of them available on the internet.

In ten minutes, one can buy a bunch of plugins that resemble actual life audio gear and have it stored on a computer disk while having access to it with the click of a button.  After creating the holy grail of mixing and mastering the VST, AAF, and AU, we can now work faster than ever.

Can I Use Stock DAW Plugins In Other DAW?

Unfortunately, stock plugins have a particular code that exclusively runs only in its mother DAW, unlike third-party VST, AAF, or AU, which are different running format protocols of digital audio processing effects that have been programmed to operate in the space of a computer.

Some DAW like Reaper allows users to insert native plugins from other audio signal processing software like FL Studio because of its partially open source behavior. But then you ask what is an open source DAW? Well, it’s software that allows its users to manipulate the structure of its code. In essence, you can tell it how to work if you know how to re-program it.

While Reaper is NOT fully open source, meaning you have some freedom to change a few things like part of the native plugins, which are JavaScript, and a few different elements of the look, there are a few DAW that gives you the full package for experimentation: MusE, Ardour, Tracktion Waveform Free and LMMS.

Unfortunately, that doesn’t apply to the rest even though they support VST. So even if your DAW runs a native plugin from another software, it’s most likely accidental. 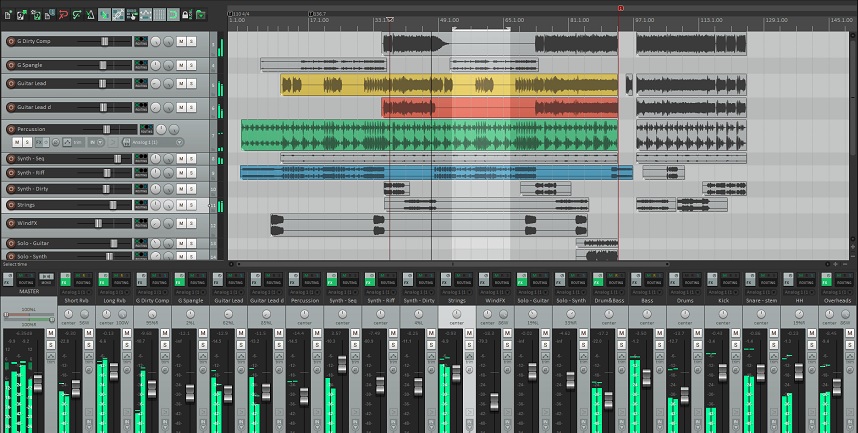 While VST protocol is the most widespread, and to this date, it has integration with iOS. Logically, it should allow DAW that supports it to share their native plugins, given they run the same protocol. So why doesn’t it work?

The most simple answer is because of software developers’ policies. Suppose you create a digital audio workstation and make its stock plugins available to everyone that can support their format. In that case, your DAW becomes irrelevant because it has nothing special to offer apart from a different look.

In most cases, people choose to work on a particular workstation because of its features which are generally its plugins, and they are exactly what differentiates one DAW from another. It’s just business. It creates value by restricting users from having full freedom.

For example, if you like Ableton Live’s compressor and EQ and you can have them run in your DAW, which might be Logic Pro, it would never come to your mind to go and buy Ableton because you just want its features, which downgrades the value of the DAW. 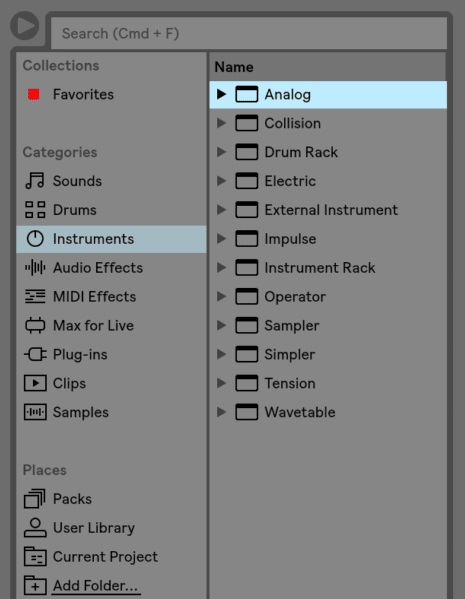 But there is a backdoor: Let’s say you work on Ableton, and you want to use the stock plugins of another DAW. You can try to rewire the secondary software making it a slave to Live and thus use its native plugins. Unfortunately, it is difficult and time-consuming in the current workflow of audio engineers.

In order to insert stock plugins from one DAW to another, you would have to rewrite the code of the file that the plugin’s operational information is stored on (.dll |.aaf |.au). In that way, you can overwrite its proprietary status and make it a common file that all DAW can read. Still, you have to be an expert developer who knows the ways around a code.

Or use an open source DAW that will allow you to program it to read every code of every plugin. So yes, it is a difficult process and an unnecessary one when most audio engineers save up money to buy third-party plugins which can give better results.

What Is The Difference Between Stock and Third Party Plugins?

Stock plugins are developed by the company that has created the DAW that runs them: Image-Line (FL Studio), Cockos (Reaper), Steinberg (Cubase), and Apple (Logic Pro X). Because of the way they are built, we usually consider them basic. But stock plugins are great for beginners to learn mixing and mastering. In most cases, they are unavailable on the market for you to buy, with the exception of a few FL Studio plugins, which you can find on their website.

Third-party plugins have multiple developers like Waves, T-Racks, FabFilter, Melda, Universal, Soundtoys, etc. They are usually considered to be better than stock ones because they are modeled after analog gear. With that in mind, they can be quite expensive, but deservedly so, a lot of effort has been put into creating them. Since beginner engineers are still trying to find their way around the DAW, third-party plugins are not recommended because of their complexity. After all, it’s unquestionable that they give us the potential to achieve even better mixes than with stock plugins.

Check Stock Plugins vs. Third Party Plugins By Produce Like A Pro:

Stock plugins provide everything essential for a good mix, even if we can’t use them across multiple DAW like third-party plugins. After all, it comes down to your visual and work preferences in choosing which stock plugins you might want to use, and which software. So whichever DAW you like, use it to its full potential and know that it’s the features that make the difference between them.