Audacity is a free, open-source audio recording and editing software that anyone can use. This application is very popular among podcasters and YouTubers. One of its main features is that it can record live audio. However, some users have reported that Audacity records at the end instead of at the beginning.

The main worry is that the sound will be lost if the recording isn’t stopped in time. This can be very annoying, especially when making a long video or podcast. Audacity might be recording at the end instead of the beginning for a few different reasons. Here, we’ll talk about those problems and how to avoid them.

Why Does Audacity Record At The End?

The main reason that the Audacity record at the end is the soundcard buffer. Audacity uses the computer’s sound card to record audio. The soundcard has a small amount of memory called a buffer. This buffer is where the soundcard stores the incoming audio signal before it’s sent to Audacity.

There might be other reasons, too, like an older audacity version, wrong configuration of preference settings, wrong sound settings, and hardware issues. Moreover, this could be any other hardware that causes the extra sound captured in the mic while recording. 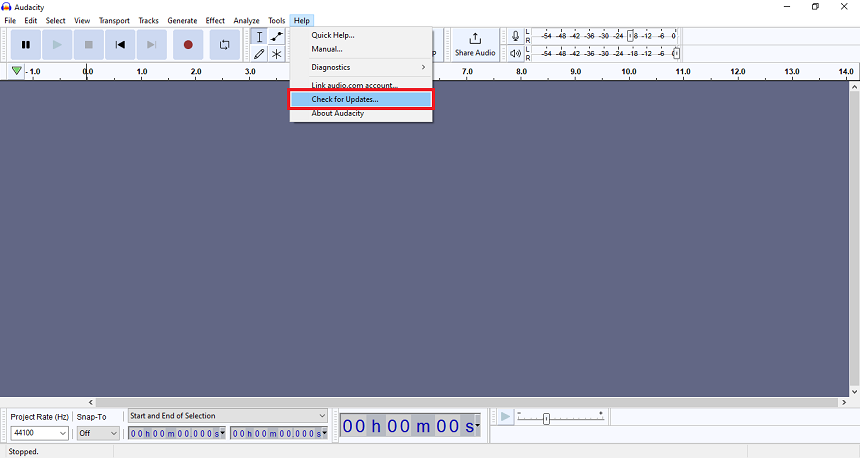 Note: Always download the version according to your own operating system. Otherwise your Audacity won’t work.

Audio preferences here are the recording input device which is your mic. There are two types of mics channels one is stereo, and another is mono. The stereo mic is best for podcasting or any other two-person recording. At the same time, the mono mic is used for single-person or voice-over work.

This recording issue can also be eliminated by using the exact settings. If you have a mono-channel mic, keep the settings to mono while recording. There are three methods to switch these settings while recording the audio for your voice-over or broadcast. 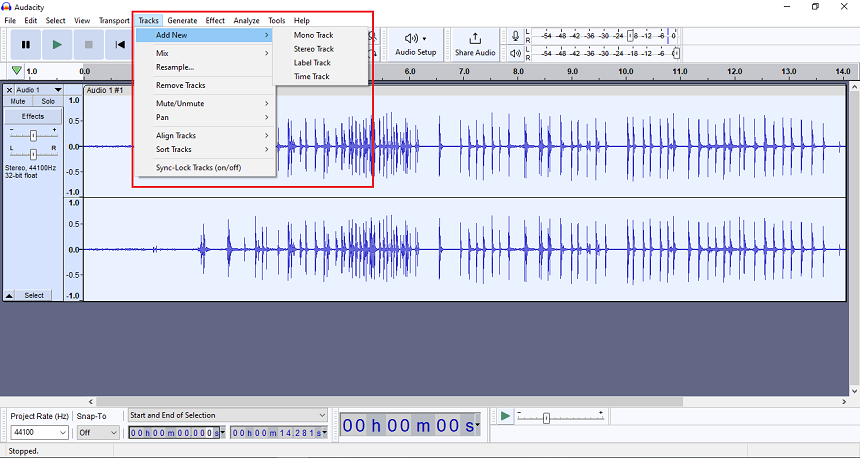 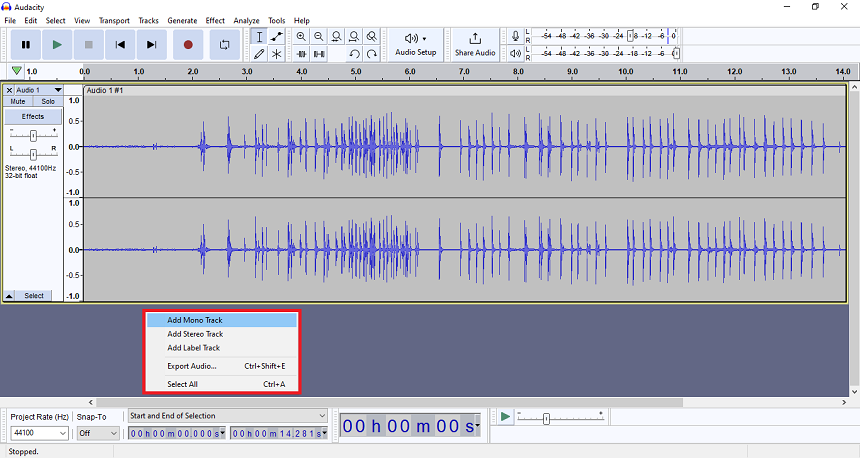 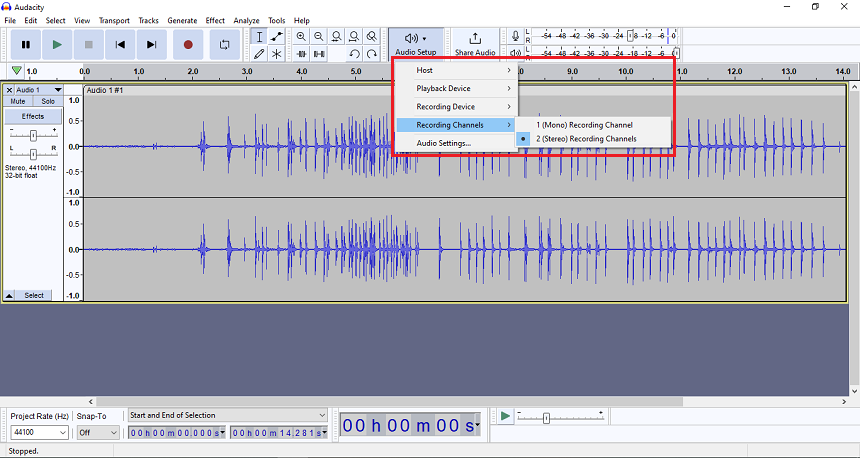 Audacity will not record correctly if the microphone’s hertz is not set up beforehand. The number of hertz represents the frequency at which your recording is sampled. It should work perfectly in 44100 or 48000, the two most common recording formats.

However, if you change it in any way, Audacity will not function correctly, which may affect the recording produced in the end. The most effective method is going into the control panel and selecting the “sound” option to modify the sound settings. 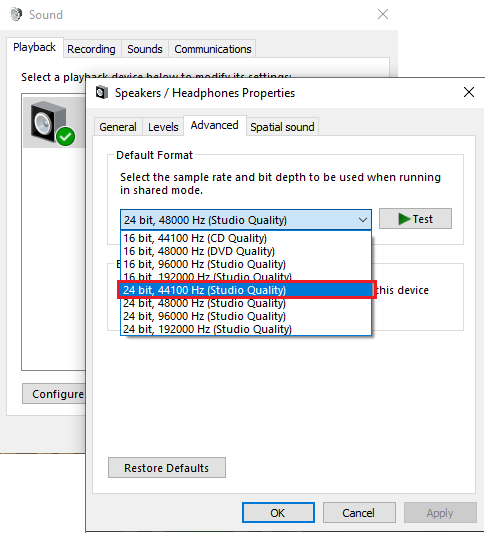 The second option is to use Audacity itself to make the recording. You will have the option to select the currently active project hertz rate. The recording problem will no longer occur as a result of this change. 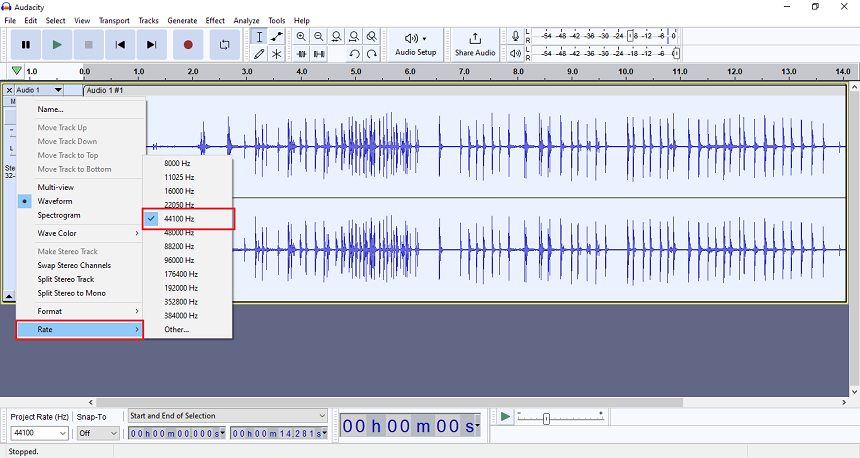 Preferences settings are the settings that deal with the default recording. If you configure these settings according to your preferences, each recording will be the same. Sometimes we configure them wrongly. To make them default again, follow this procedure: 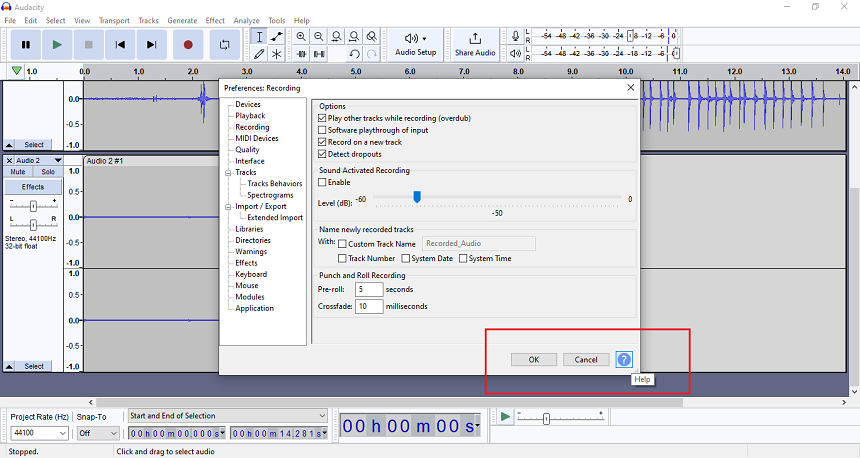 The hardware of your computer also plays a significant role in the recording. Some sound cards are not compatible or are very old, which will result in this problem. You have to test this sound card on another device to ensure it’s working fine and not causing the issue.

If this is not the case, you will likely need to purchase a new sound card. The sound cards can occasionally produce some strange noises. Your computer recognizes these noises as audio signals and will continue to record them in the audacity program until the very end.

If you have reason to believe this is the cause, you should remove the sound card from your computer and check to see if the problem still occurs. If it does, this indicates that the sound card was the cause of the issue, and you will need to replace it if this continues.

Audacity uses most of the available audio resources during the editing process, and any of these resources could be why Audacity decides to record at the end. This article covered some of the most typical explanations for why Audacity records at the end. In addition, we have given you the solutions to each problem so that you can quickly resolve them.