Let’s learn more about analog summing and the best plugins to achieve it in 2023.

Analog devices are crucial in the audio production world. They were the only technology available back in the day and were heavily used by multiple famous artists. However, instead of being outdated throughout the decades, they have become more and more desired by audio producers, audio engineers, and even musicians.

Some claim that the analog units provide the best sound character for an instrument or the entire mix; others rely on the components and circuitry for a unique response that virtual and modern replicas cannot reach. It doesn’t matter who’s right or wrong, as all these claims are valid and remain the standard for setting the Audio’s quality even in 2023.

Analog summing is a process in which all channel stripes of a console mixing desk are gathered for a more concise mixing, most commonly in “bus” groupings. Aside from giving a more intrinsic perspective regarding the signal’s parameters, the sound character is as unique as ever, which is the tone many producers are looking for.

Luckily for us, audio modeling has evolved significantly and can be as authentic as the vintage units of past decades. The result is a more accessible approach to mixing with vintage sonority, and this list seeks to bring you the best analog summing plugins available in 2023 to improve your mix.

The many plugins from Waves are well-known among experienced and newcomer producers, with multiple offerings that some serious names in the industry actively use. However, when it comes to using modeling to recreate an iconic sound, the company does an excellent job that’s translated into a product such as NLS, or “Non-Linear Summer.” 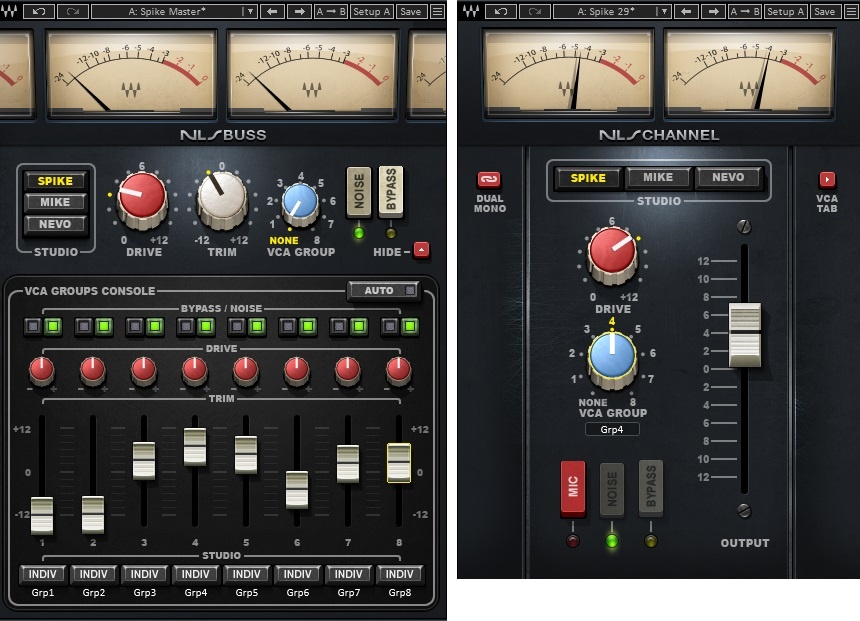 Repeating its formula of success, Waves brings a faithful-sounding plugin that can be used by audio engineers, producers, and enthusiasts alike. Of course, you might be more than an enthusiast if you want a plugin dedicated to analog summing, but that doesn’t mean you should have a complex tool to work with. The controls are easy to follow, and the interface is pleasant, contributing to a fluid user experience.

The famous NEVE consoles have been some “Holy Grail” in studio gear since the 1960s. These vintage units would be used extensively in iconic records from multiple studios and record labels, thus being present in almost all the classic top hit songs we know and love. Thanks to Universal Audio, a piece inside your home studio works perfectly. 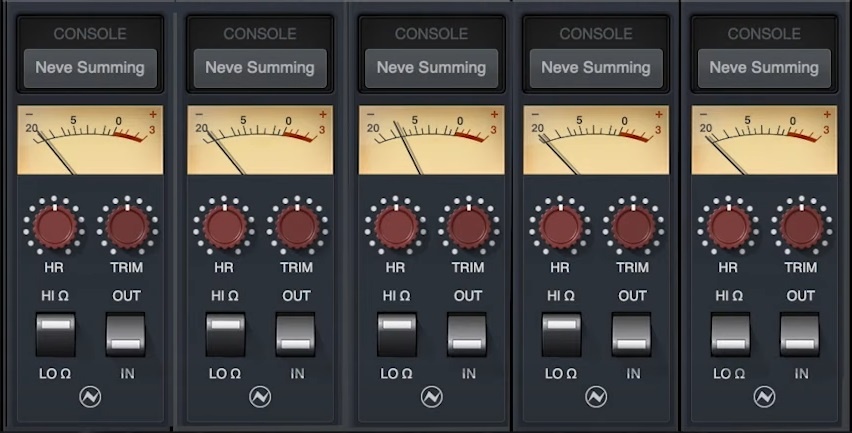 This plugin is available for macOS 10.15, 11, 12, and 13 (64-bit only). It runs exclusively in the Luna Recording System digital audio workstation.

The warm sonority that NEVE units provide is hard to capture in modeling and even harder to make good organic with your work. Nevertheless, Universal Audio managed to capture this vintage vibe and pack it into a helpful plugin, with the best-sounding aspects highly preserved. The only downside is that it’s an exclusive plugin that only works in Luna Recording System, UAD’s relatively new DAW, which on the other hand, is also Mac-exclusive. In other words, only selected users can benefit from this excellent sonic tool.

More Info & Price
Your mixes will become more refined than ever with the help of this tool.

With some viable options available in the market, it’s easy to get lost on the best ones for you. However, the countless variations of gear modeling plugins are crucial for a diversified selection of studio analog gear to be included in your track. Britson is another one that seeks to fulfill that role. 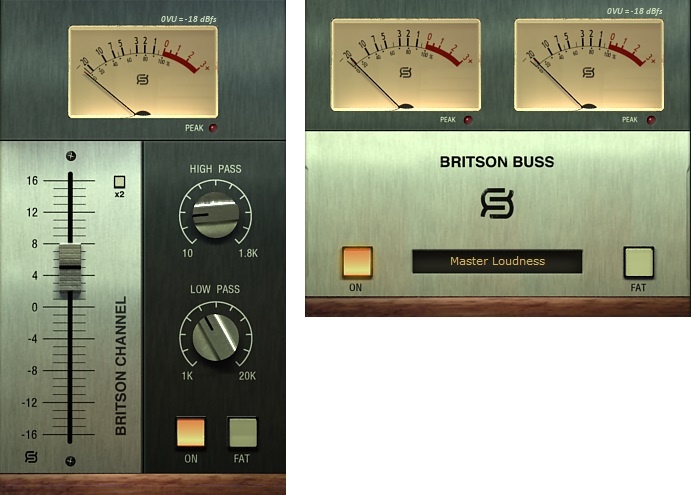 This plugin is available for macOS 10.6 or higher and Windows XP or higher. It runs in VST 2.4, VST3, AAX, RTAS, and AU plugin formats.

The refreshed looks in Britson Channel and Buss are a clear central point to add to your plugin collection. Such easiness reflects upon the good sounds you can get from it, either in bus groups or individually. The tone is faithful to what a vintage console mixing desk would sound like, with the considerable convenience of loading that into your DAW of preference. The controls are responsive, and even a minor twist in a knob will alter your final sound.

Analog Obsession was previously featured in some of our articles, crafting some good-looking and beneficial plugins and effects. The team, which has an extensive Patreon page with multiple products, focuses on bringing analog sound straight into your desktop, with the highest possible quality attached to it. 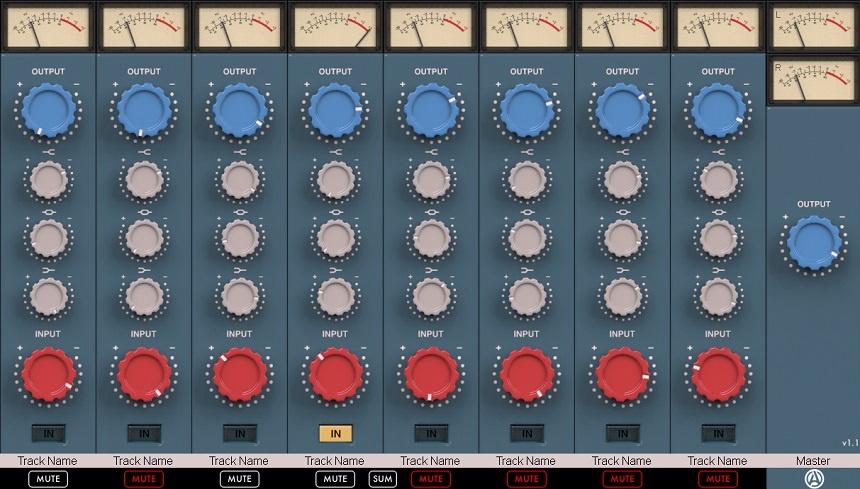 Analog Obsession deserves the best regards for its fantastic work in plugins and effects. Considering its products are freeware, it’s remarkable how good they tend to sound. NCAR repeats this formula by providing eight channel stripes that can be routed as bus tracks, other than giving you a seriously reliable tool to work with in mixing and mastering situations.

Similarly to the previous item in our list, Konsol is another offering by Analog Obsession that showcases good quality. However, the main focus here is to offer three different mixing console desk units in one package, with relatable configurations that make it sound like you always wanted. 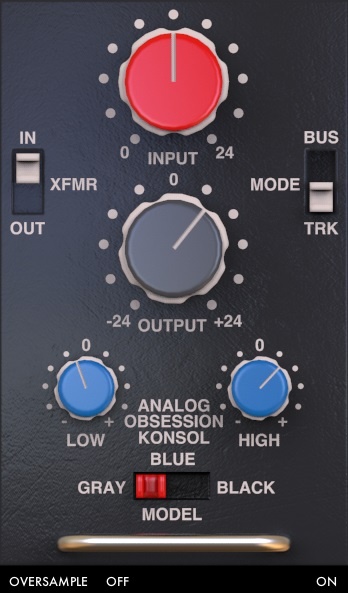 With much personality and character, Konsol excels in bringing some different console mixing models into a single packaging for free. This is a great tool to have nearby, as the sonic response can be surprisingly good for freebie plugin software. In addition, the transistor modeling is authentic, sounding as responsive as the equalizer and model selection included.

Even in modern times, analog units are sought-after because of their unique response and sonority in every situation they’re presented with. So instead of counting on a single instance of a renowned model, Slate Digital decided to create a package that houses the best tools to transform your DAW into an authentic-sounding analog paradise. 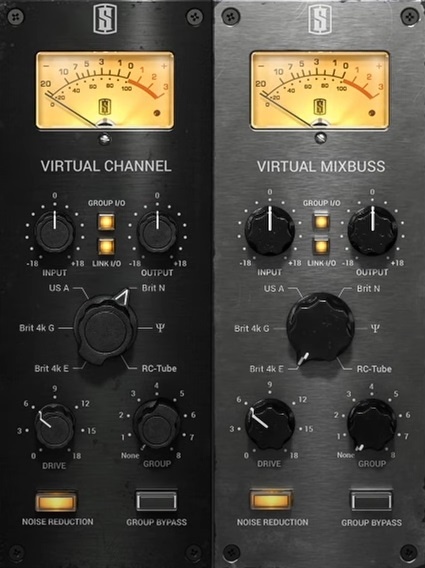 A concise gathering of some great console mixing models, the Virtual Console Collection is another excellent offering by Slate Digital. Again, the response is as good as expected, and the controls are housed logically and clearly throughout the screen interface. However, this software can be a bit demanding on your CPU processing power, even more if you’re dealing with multiple buses in your track.

Like virtual instruments, audio modeling can sometimes be as good as the real deal. The technology level in these recreations gives us an insight into how much we evolved in so little time, and arguably there is no better time to explore audio production than now. It’s accessible and easy for anyone willing to try out the remarkable sounds made famous in notorious hit songs, but in virtual format.

This article aimed to bring a specific aspect of analog sonority, analog summing. This process depends highly on the character of vintage units, their components, and their response to different audio signals. However, this can be the “secret sauce” your track always needs when appropriately tamed.

Among the best options in our list, UAD Neve Summing and Sonimus Britson Channel and Buss are two excellent plugins that deliver what they promise. The former option focuses on the highly-praised Neve consoles and their exquisite sound, while the latter is an excellent and valuable tool for the famous sounds most console mixing desks would provide. Both are awesome because of their ease of use, clean interfaces, and the exact amount of controls to make your sound stand out.

Among the freebies, Analog Obsession shone beautifully with the included products, Analog Obsession NCAR and Analog Obsession Konsol. The former can be ideal for nailing the analog summing of multiple channel stripes. The latter gives you unprecedented access to famous models that shaped what a vintage sound truly is. As with other products, the team excelled at delivering great sounds for free, with the easy working capability to your CPU.

Remember to try out the options to see which is ideal for your needs.

Thanks for another wonderful year full of outstanding virtual instruments and plugins. Hopefully, 2023 will bring much more options to make our musical ideas be expressed in their entirety.

See you next time!

Eduardo Cardoso is a musician and audio producer based in São Paulo, Brazil. He studied both music production and theory in college and has successfully launched his career as a solo artist in 2021. With over 10 years of experience with the music business, he currently acts as a session musician, music producer, audio editor, and content creator.